12 public figures that defended Israel in 2017 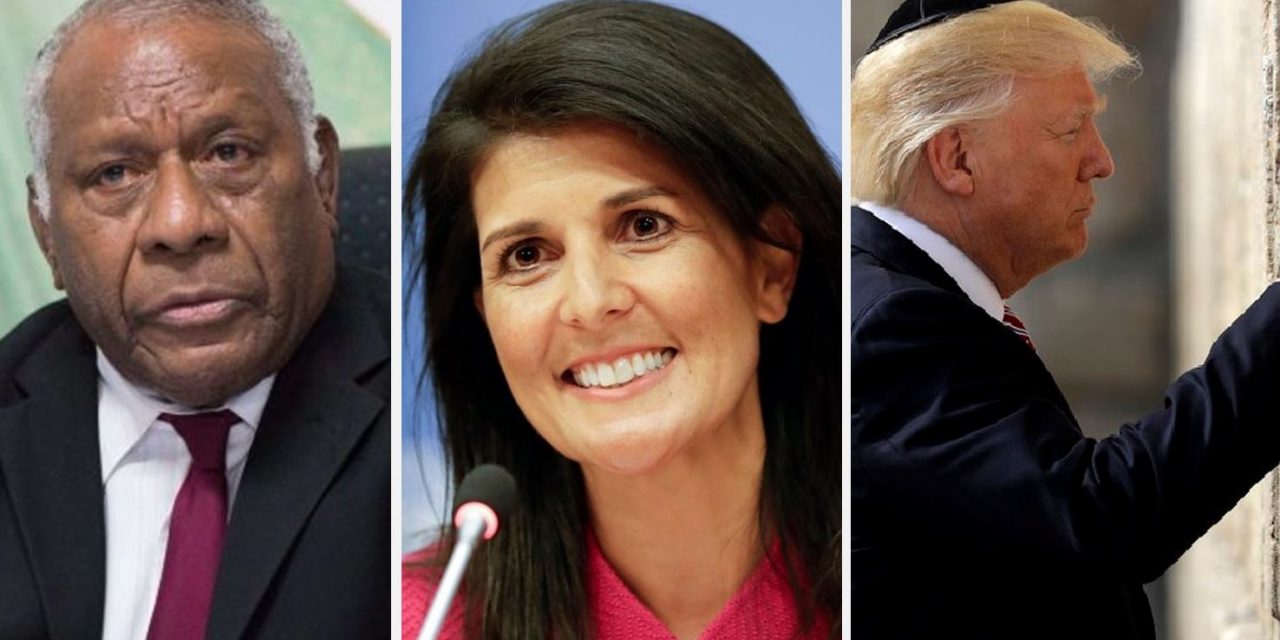 Here are our top 12 public figures/personalities that defended Israel and/or the Jewish people in 2017. (With 1 being our top figure for 2017) 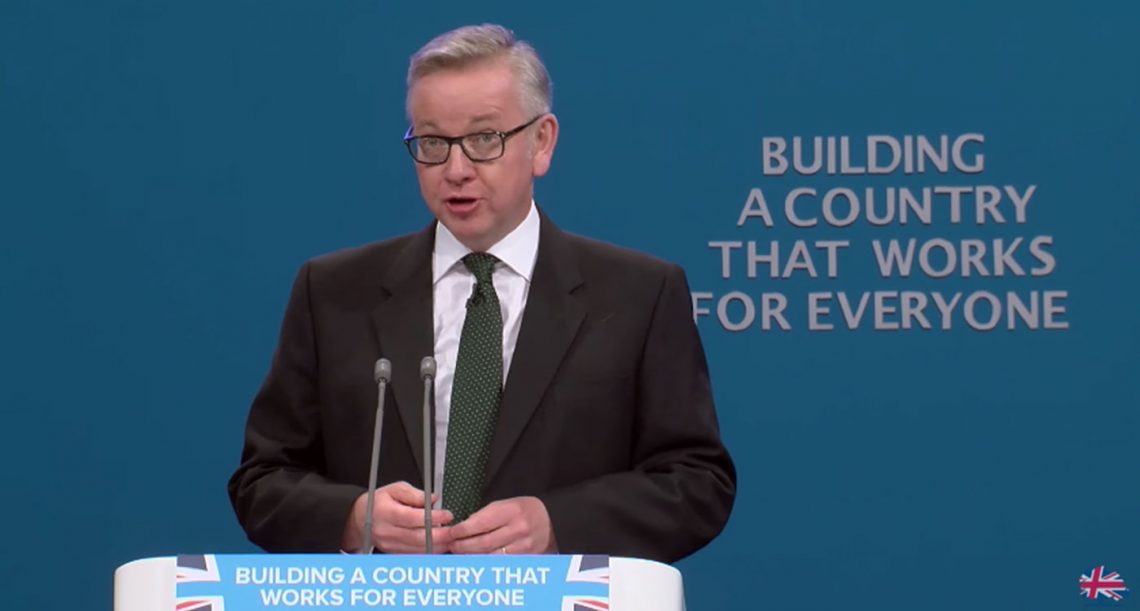 Michael Gove has always been a staunch defender of Israel, but gave one of his strongest speeches yet in support of the Jewish State. At the Conservative Friends of Israel, Gove attacked the “dark and furious energy” fuelling growing anti-Israel activism in the UK. Denouncing the recent protests against the American embassy move, Gove insisted that  the Jewish people had the right to live there not because of a letter from Whitehall “but because that land had always been and always will be the historic homeland of the Jewish people. It was not gifted to them by this country. It is their birthright. What’s more every inch of the land has been fought for by generations of Jews and Israelis”.

You don’t need to be a politician or celebratyto stand up to anti-Semitism. Speaking out against hatred towards the Jewish people begins with all of us. Emilia S, a non-Jewish German teenager from Dresden was honoured by the Jewish community for standing up to neo-Nazis at her school. The 15-year-old received the prize after reporting anti-Semitic activity to the police.

She told reporters she had been afraid to stand up to aclassmate alone, but changed her mind after he started circulating anti-Semitic images via cellphone chats.

“The most horrible one was a picture of smoke with the caption ‘Jewish family photo.’ I reacted and said they should cut out the Nazi stuff,’” Emilia recalled. 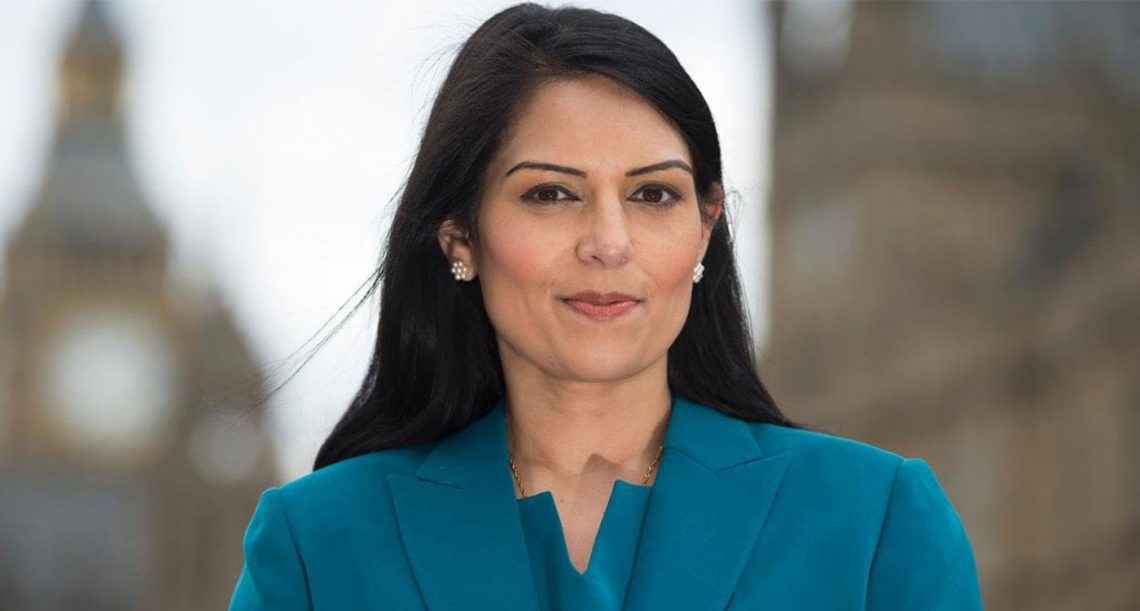 Priti Patel made headlines this year after unauthorised meetings with Israeli leaders led to her resignation as International Development Secretary. What the media failed to represent was that the reason for her visit was to see how Israel is providing care and aid to wounded Syrians at the border with the war-torn country. We have include Patel in this year’s list because of her support for Israel. She became a prime target of the anti-Israel lobby, including key Labour figures, since she took active steps to limit the Palestinian Authority’s (PA) funding of terrorism. In late 2016, Priti Patel ordered a freeze on the Department for International Development (DFID) funding to the Palestinians and ordered an investigation to take place. 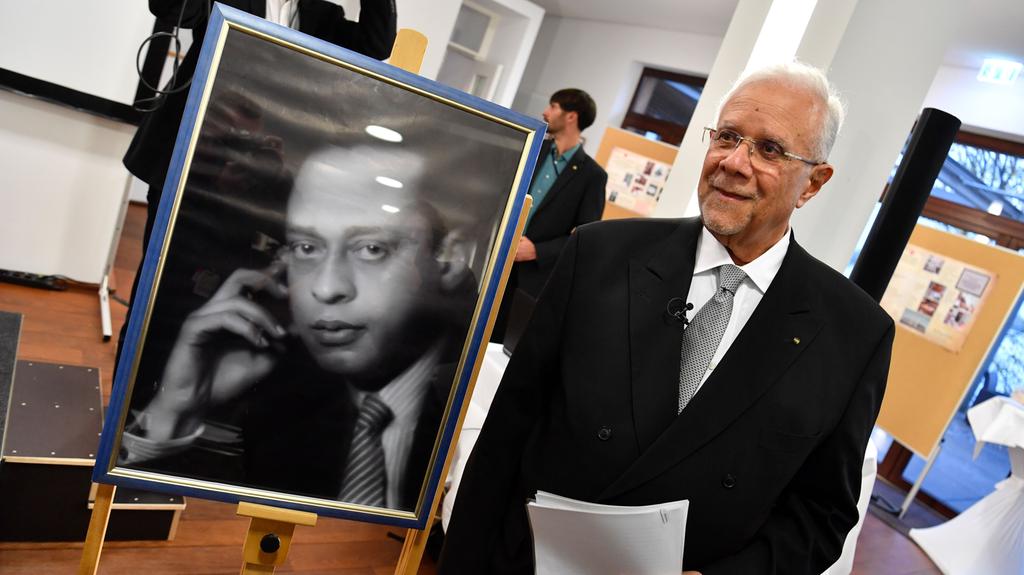 Mohamed Helmy died in 1982, but this year became the first Arab to be recognised by Israel’s Yad Vashem memorial centre. Egyptian doctor Mohamed Helmy was awarded the Righteous Among the Nations for saving the lives of a Jewish family living in Germany during the Holocaust, four years after the story was revealed. 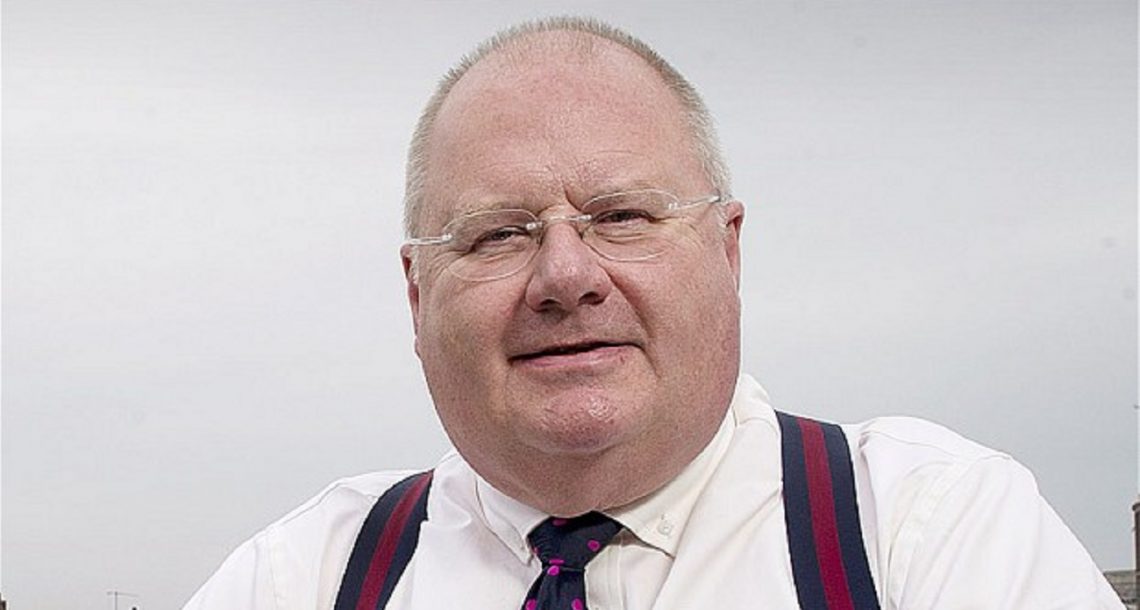 Sir Eric Pickles retired before this year’s General Election, but continues an effective role as Post-Holocaust Special Envoy. We wanted to honour Sir Eric for his example in standing against anti-Semitism.  He led the consultation for the new Holocaust Memorial that was announced this year to be built near Parliament and was instrumental in the Government adopting the IHRA definition of anti-Semitism. 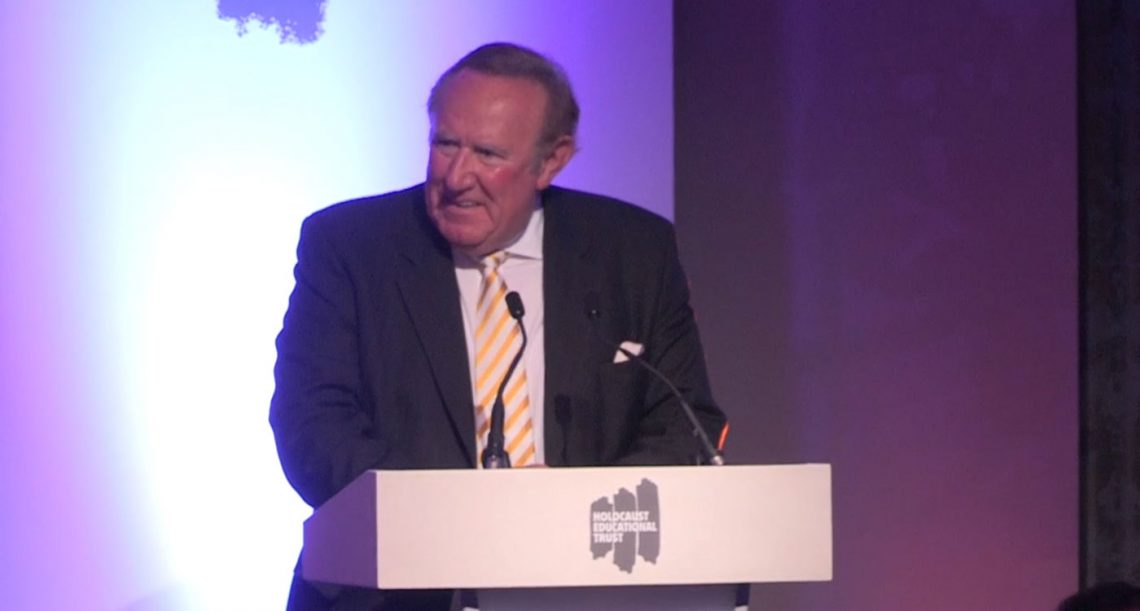 The BBC is building a poor reputation for its bias against Israel, but one presenter has stood out as bucking the trend. Andrew Neil gave a powerful speech in which he said that antisemitism on the far-left  is now a “more dangerous” trend in the UK than the extremism of the “knuckle dragging” far-right.  Delivering the keynote speech at the annual Holocaust Educational Trust dinner in central London, the Daily Politics show host also launched a scathing attack on Ken Livingstone for “intentionally” attempting to link Zionism with Nazi Germany. Neil also rebuked  Harriett Harman like on air after quoted an anti-Semitic joke in full to illustrate anti-Semitism. 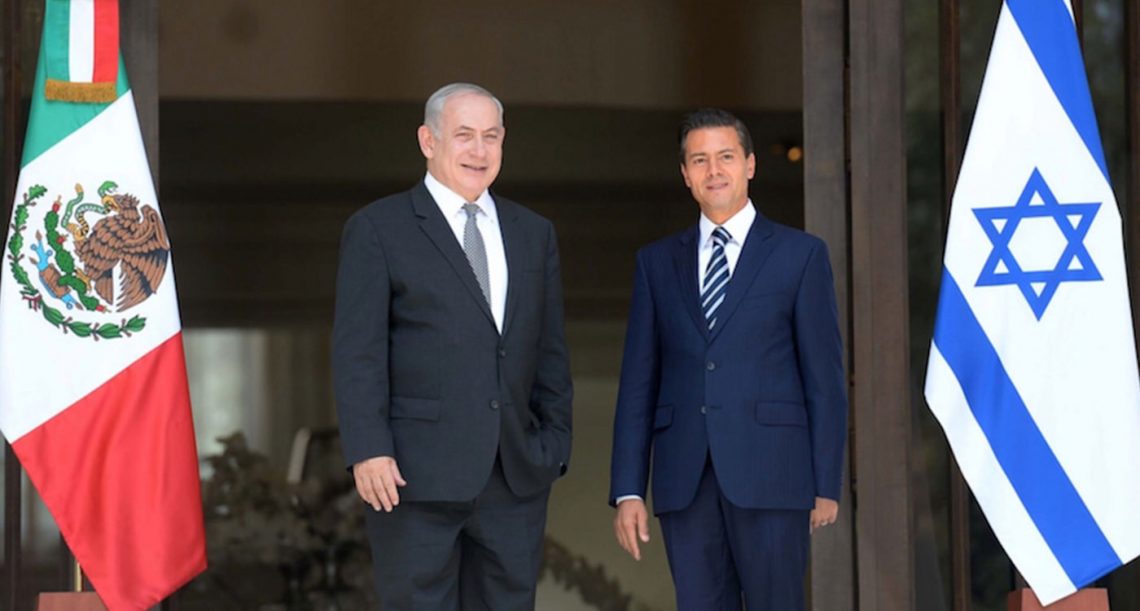 After Mexico voted at the UN to deny Jerusalem of its Jewish connection, this year has seen a dramatic turn-around. Mexico announcment in November that it will change its voting strategy at the United Nations and other international bodies and stop voting in favour of Palestinian resolutions. A move which demonstrates the strengthening relationship between the country and Israel. The news came just two month after Netanyahu’s mid-September visit to Mexico, where he became the first sitting Israeli prime minister to visit countries in Latin America. He met with Mexican President Enrique Pena Nieto in Mexico City and signed several agreements that bolster the ties and cooperation between the two countries. Later that month, when hundreds of Mexicans were killed by a series of deadly earthquakes,  Israel was the first international aid team to arrive in the country and assist those in need. 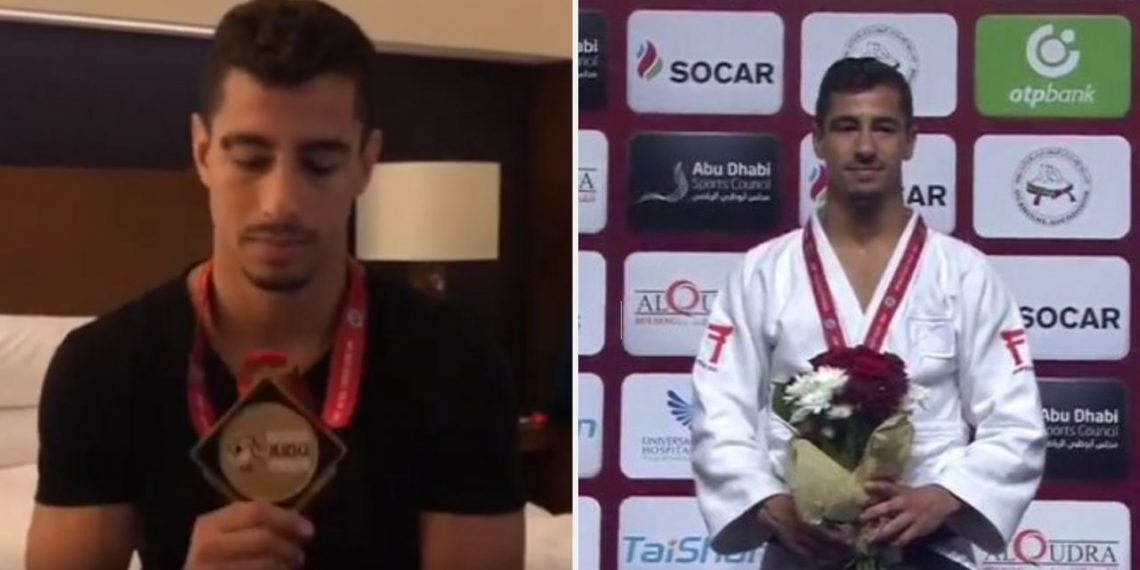 We don’t usually include Israelis in the list of personalities that have stood with Israel (sorry), but Tal Flicker has to be included. The Judo star won gold medal at the Abu Dhabi Grand Slam this year, but organisers refused to play the national anthem. Nevertheless, Flicker decided to sing “Hatikvah” anyway and was seen on TV singing the lyrics whilst the Judo Federation flag was raised instead of the Israeli one.

After the event, Flicker posted a video sharing his experience: “Once I won the gold medal, first of all I got very excited. I decided to sing Hatikva on the podium because Israel is my country and I’m proud to be an Israeli.” 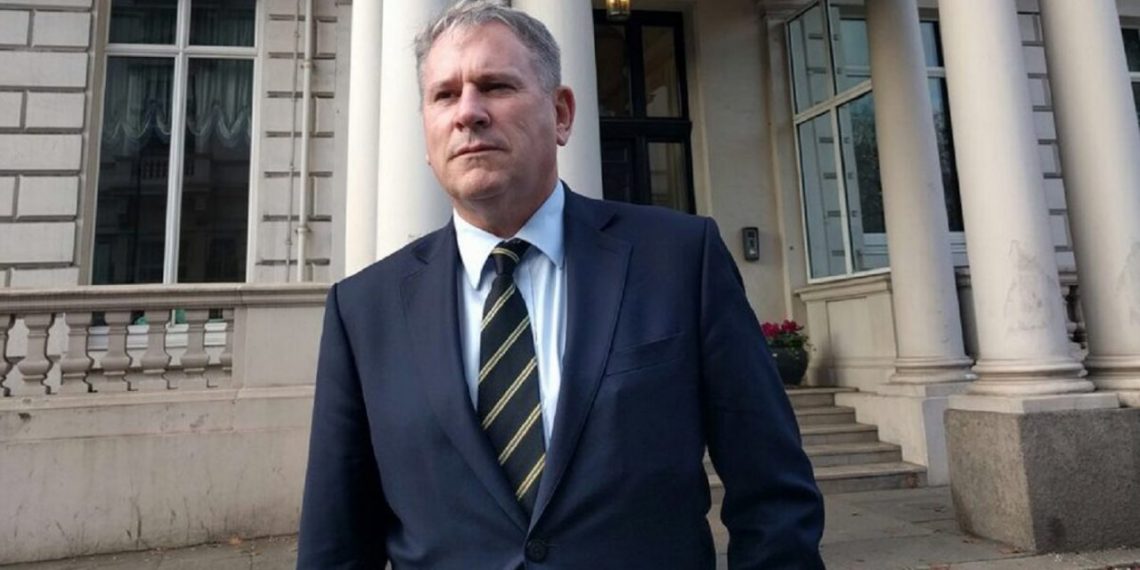 Colonel Richard Kemp is a trusted friend and advocate of Israel and the Jewish people. In November, the retired Commander of the British Army in Afghanistan, hand-delivered a letter to the Kuwaiti embassy in London to protest the national airline’s ban on Israeli passengers. The policy was highlighted after a Frankfurt court ruled that Kuwait Airways was entitled to enforce the ban for Israeli passengers flying from Germany.

“In 1990-1991, alongside our Arab allies, I and many other British soldiers, as well as American forces and troops from other Western nations, including Jewish soldiers, fought to liberate your country from Iraq’a aggression. 148 of my comrades in arms were killed fighting for Kuwait. We did not put our lives on the line to see such blatant discrimination against Jews by your countrymen.”

3. Nikki Haley, US Ambassador to the UN 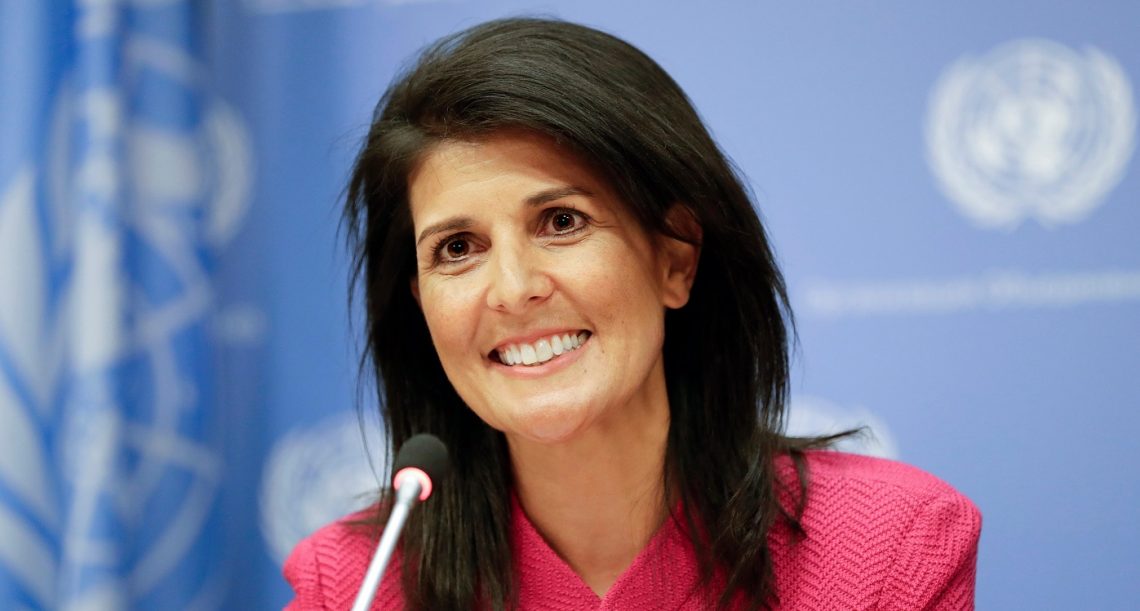 It is fair to say that Ambassador Nikki Haley meant what she said, when telling an audience early in the year that she was at the UN “to underscore the iron-clad support of the United States for Israel. I am here to emphasis the United States is determined to stand up to the UN’s anti-Israel bias.” She has undoubtedly made a significant impact as the “new sheriff in town”, as she described herself, with the US Ambassador to the UN leading in way in warning the UN that America will withdraw from the UN Security Council if it doesn’t reform and more recently defending the US decision to move its embassy to Jerusalem. 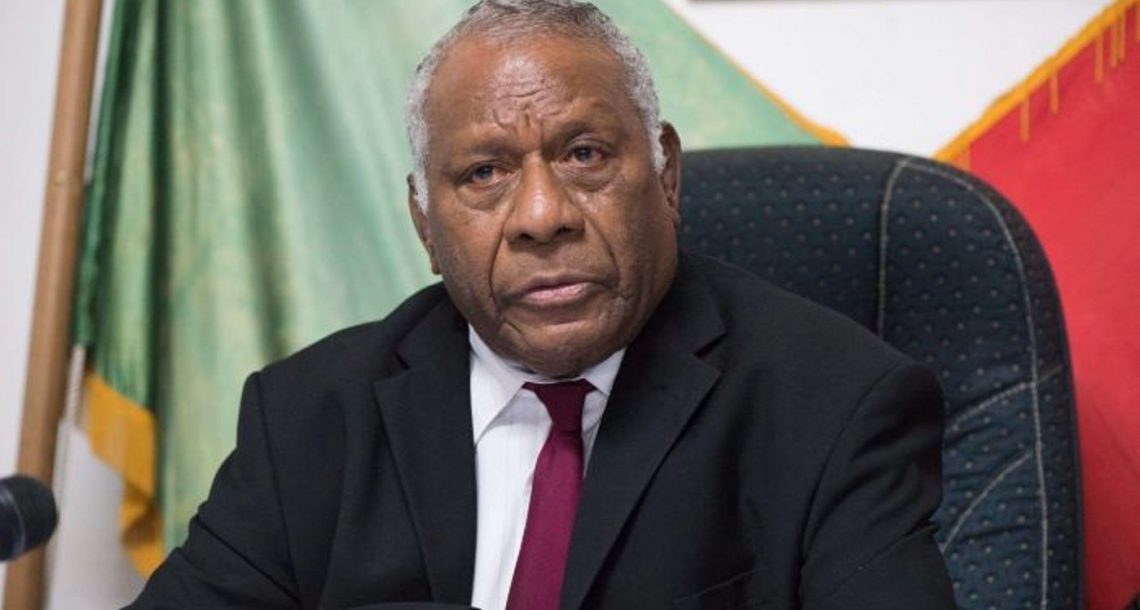 Without much publicity, the small Pacific island nation of Vanuatu became the first nation to officially recognise Jerusalem as the capital of Israel. During a June meeting between Vanuatu’s President Baldwin Lonsdale and the nation’s honorary consul to Israel, Lonsdale, an evangelical Christian, who has a strong connection to the Jewish people and to Israel, later signed a document stating Jerusalem should be recognised as Israel’s capital whilst condemning UNESCO’s vote against Israel. 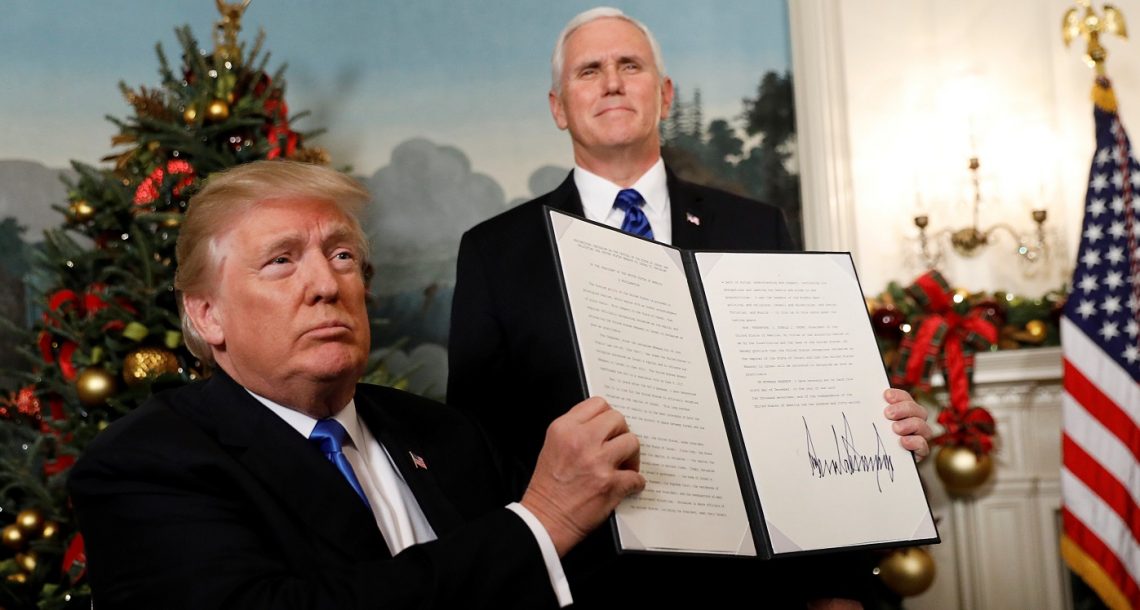 In 2017, Donald Trump became the first US President to visit Israel on his inaugural overseas trip, the first sitting US President to visit the Old City of Jerusalem and pray at the Western Wall. Then in November, Trump made the historic decision to fulfil his campaign promise to recognise Jerusalem as the capital of Israel and move the US embassy from Tel Aviv. Compared by some with the Balfour Declaration of 1917, President Trump’s commitment to standing with Israel receives our recognition as first for 2017.