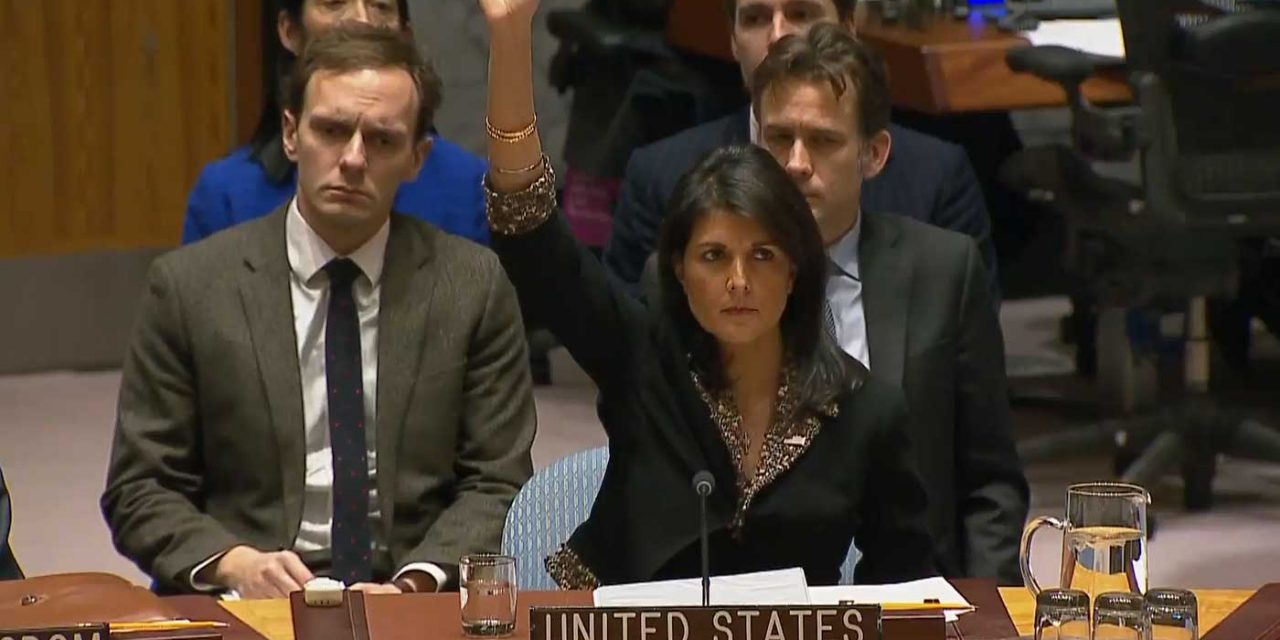 The United States on Monday vetoed a United Nations Security Council draft resolution condemning the US recognition of Jerusalem as Israel’s capital and calling on countries not to move diplomatic missions to the city.

The other 14 members of the council, which includes the UK, voted in favour of the text, but US Ambassador to the UN Nikki Haley’s “no” vote ensured that it was rejected. It was the first US veto in the Security Council for six years.

Explaining the US veto after the vote, Haley said that the US “will not be told, by any country, where we will put our embassy.”

She defended Trump’s decision as an honest and courageous recognition of reality, stressing that the US is not taking any position on final status issue in the Israeli-Palestinian conflict, including borders.

By vetoing the draft resolution, the US defended “its sovereignty,” she argued.

“What happened today at the Security Council is an insult. It won’t be forgotten,” she said, slamming the council for its obsession with anti-Israel resolutions.