“For Christian believers, we’re grounded in the conviction that we’re called to... 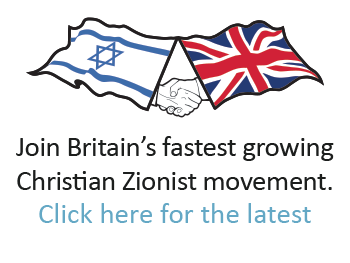 Palestinian Solidarity Campaign is an anti-Israel activist group with links to senior politicians...

Prime Minister Netanyahu gave this powerful speech in the presence of around 50 world leaders and...

Mike Pence: “We remember a people restored to their rightful place among the nations of the earth”

US Vice President Mike Pence gave a moving speech at the 75th anniversary of the liberation of...

See more of the latest news

Christians United for Israel welcomes the statement by Prime Minister Boris Johnson in response to... 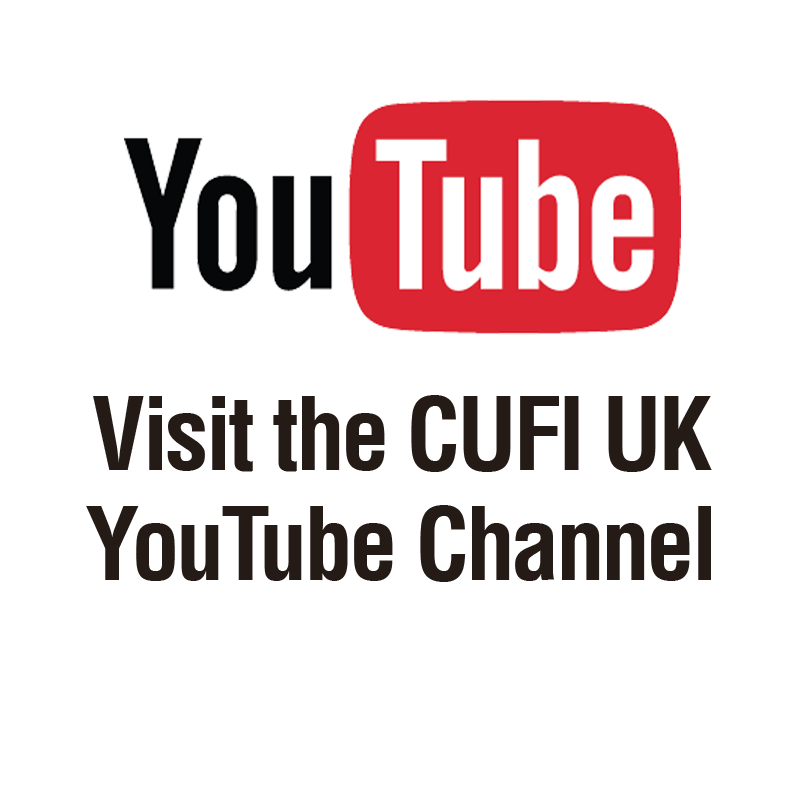 Christians United for Israel welcomes the statement by Prime Minister Boris Johnson in response to...

The media is only showing you a snapshot, it is not the full picture. Here is the truth!

Vice President Pence and the Prince of Wales DID shake hands at the event to commemorate the 75th Anniversary of the Liberation of Auschwitz.

The two met earlier in the day. When Prince Charles entered the room after their meeting, Vice President Pence simply said "Hello again", did not offer his hand and patted the Royal on his arm as he met Prime Minister Netanyahu for the first time.

Later, Pence and Charles embraced in a pleasant handshake after Pence had given his speach.

This is the full picutre. It is simple. Anyone could have found the truth simply by watching.

Don't let fake news or biased media try and paint a picture that drives a wedge between the UK and the US. We have a strong alliance and that continues today.

Mike pence is a believer, so he loves everyone like bible says. God Bless you all

Macron tried to jump in front and steel some thunder... but Prince Charles STOOD to shake his hand

Everybody knows how biased and bigoted the media is, especially the UK media.

Charles is a gentleman. 🇬🇧🏴󠁧󠁢󠁥󠁮󠁧󠁿

It's the way he was introduced to everyone, negative media as normal looking for a headline.

The media has an agenda with no integrity !!

It is wonderful how people twist this ignorance by Charles. Look at the film again. Spence approached him and others and offered them to shake hands which they did. When it was Charles turn to meet and greet the 'dignitaries' he shook everyones hand with the exception of Mr and Mrs Spence. He had already spoke to the others but still shook their hands. This was total ignorance by Charles and a total disgrace and disrespectful to the USA and the UK. Btw I support Royalty and its position as part of the UK institution.

I pray God bless you and all humanity with safety

The flagrant and blatant lies to twist truth and push own agendas. Diabolical!

It is easy to make up your own story. It is up to the individual to make up their mind who to follow. Whether you want THE TRUTH or THE LIE. The way to THE TRUTH is narrow. From here we can see the truth from the beginning to the end there is no cutting out of scenes.

That second clip is doctored. Pence DID offer the Prince his hand but Prince Charles ignored it, and walked past to the next person in the row. V.P. Pence just threw his own arm downwards towards the floor with a disgusted look. I don't blame him. I was disgusted too.

Why would he? He knows how to behave he is real royalty

My powers of QURAN are very strong

“It seems to me like Israeli genius is maintaining the entire structure of the NHS, along with a great deal of other technology" - Prince Charles in Israel.
🇬#Israels#NHS #princecharlesarles ... See MoreSee Less

Both Israel and Britain gain from our mutual alliance.

Now the world is going to see exactly where PC intentions lie. I, for one, am not optimistic.

Long may it continue.

HA SHEM we send our Prayers, Support and Love to Our Jewish Brothers and Sisters in this Nation and Around the World and They Observe Shabbat, SHALOM/AMEN AND AMEN!!

Shabbat shalom to all Israel from the UK keep safe

Shabbat Shalom to Everyone in Israel...Shalom Aleichem.

Shabbat Shalom to all

Shabbat shalom from the UK.

Shabbat Shalom, from me in Tottenham London.

Good Shabbos to all 😊🇬🇧

Shabbat Shalom to you too 🙏

The BBC has shown its anti-Israel bias once again in a shameful dig at Israel during a Holocaust memorial piece.

Here are just a few of the responses from leading Jewish figures:

"It is to the BBC’s eternal shame that it allows such a piece to be broadcast.”

“Few could imagine perverting what is supposed to be an educational piece about the Holocaust to instead fuel the very antisemitism that such education is supposed to prevent, but that is what the BBC has done."

“They belittle the Holocaust by aggressively pushing an irrelevant issue. Shameful and disgusting.”

“As we approach Holocaust Memorial Day, the Jewish community is within its rights to expect an apology."

Click the image to read more and learn how to make a complaint directly to the BBC.

Orla is the very best reporter in the media.. Never seeking sensationalism Doesn't fawn over celebrities Is un-biased and honest.. X

I wish we could see the last of this propaganda machine that used to be the BBC & that the British public no longer had to fund it . It is only one of many TV companies & not a very good one anymore.

BBC or as they are also known as the Biased Broadcasting Company . They are a joke , no credible person believes their rubbish or vile biased opinions that they spew out .

The BBC are complacent in this too, their coverage of Prince Charles speech had the caption referring to his visit to the occupied Palestinian territories 😠

HA SHEM WE KNOW THAT YOU ARE WATCHING AND YOU SAID I WILL CURSE THOSE THAT CURSE THEE, SHALOM/AMEN AND AMEN!!

The reporter is true to form. ITV news account of the Yad Vashem event was positive as compared to the BBC. It is known as the B P C the British Palestinian Broadcasting Co.

The BBC seem to be very much against Christians

She has been anti for many years!

She is a disgrace and should not be reporting on anything where she is able to denigrate Israel.

Canada has the same problem with CBC, it's shameful and their bias is disgusting.

Disgraceful once again BBC has shown his true colours

Main land news is getting more and more like government sensored and told in away to tell us what we should think. BBCalway shows bias to Israel but this knew low real news nows online

Please would all make an official complaint online. Quite simple to do. Let them know we are holding them to account.

Typical of this so called tv station.Its bias and shabby way they treat female employers too. Tv licence fee is a shambles.

It's thoroughly shameful . A disgrace

I wouldn't expect anything else from Orla Guerin.

Disgusting behaviour from the BBC.

BBC have lost the plot

No surprise from Bbc

BBC you are not worth watching

Over 2,000 Facebook posts reached just under 20 million people with the truth about Israel in...

Israel and the Bible, News

(JPost) Researchers from a joint expedition between the Hebrew University of Jerusalem, the Israel...

Israel and the Bible, News

Israel officially opened a stairway, known as “Pilgrim’s Road,” the road which...

Prime Minister Netanyahu gave this powerful speech in the presence of around 50 world leaders and...

LIVE: World leaders attend 75th anniversary of the liberation of Auschwitz in Jerusalem

Heads of State from Europe, North America and Australia gather at Yad Vashem, the World Holocaust...

Thousands of Iranian protesters took to the streets of Tehran at the weekend to demonstrate their...