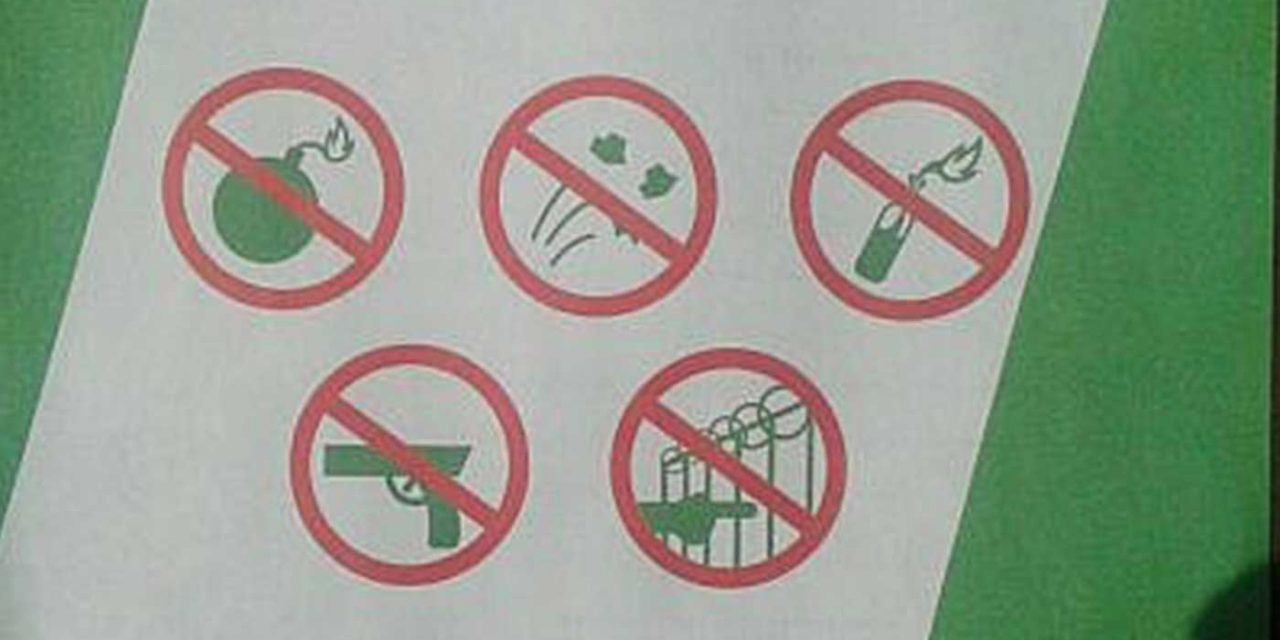 IDF planes dropped leaflets along the Gaza Border Friday morning, warning Palestinians not to approach the fence, ahead of a mass demonstrations expected later in the day.

“Violent disturbances in recent weeks took advantage of civilians to cover terrorist attacks against Israeli security infrastructures and the IDF,” a military spokesman said in a statement.

“The IDF will not allow damage to security and border infrastructures that protect Israeli citizens and will act against anyone who wants to harm Israel’s security,” the leaflet addressed to the residents of Gaza read.

“You are participating in violent disturbances. Hamas exploits you to carry out terrorist activities. The IDF is prepared for any scenario. Avoid approaching the fence and harming it. Refrain from using weapons and carrying out violent actions against the Israeli security forces and Israeli citizens. Stay away from terrorist elements and elements that promote disorder and violence,” the IDF warning continued.

The IDF just dropped these leaflets over Gaza, urging Palestinians not to endanger themselves by acting on behalf of terrorist #Hamas. The IDF will continue to defend our border and civilians against terror, let's just hope warnings will be headed. pic.twitter.com/DOJCTAw0G7

“The IDF will act against any attempt to damage the barrier and its components and any other military equipment. Hamas uses you to promote the interest of the movement. Do not obey Hamas orders that endanger your life. Your future is in your hands,” the leaflet concluded.

Israel took this action after four weeks of violent riots at the Gaza-Israel border. During the protests 32 Palestinians have been killed, most of whom were identified as terrorists and were either armed with weapons, explosives or were carrying out attacks on the border fence and Israeli forces when shot.

Israel has every right to defend its border and it is Hamas who the world should be condemning for these violent riots.