In-depth look at the Gaza riots, Israel’s justified response and how Hamas turned the protests violent 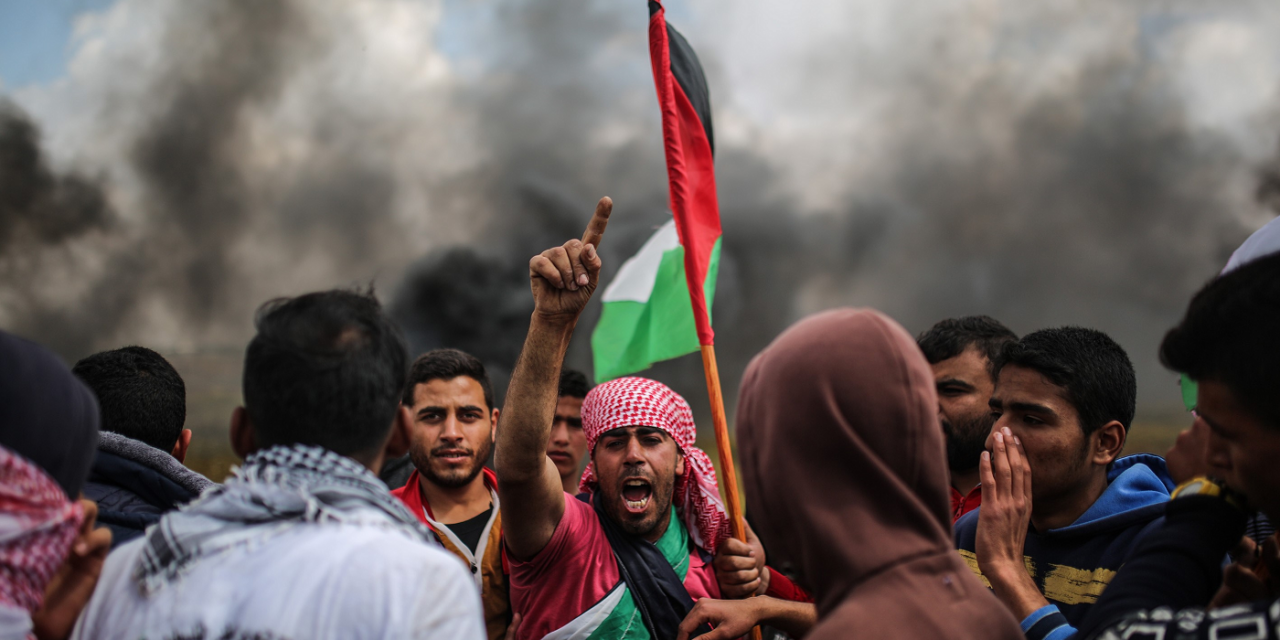 Over the past three weeks, Hamas has been conducting violent protests along the Gaza border with Israel in a so-called “March of Return”. Violent terrorist attacks have been carried out against the border fence and against Israeli forces and Israel has rightly defended its borders from those who threaten it.

Unfortunately, while the evidence is there for all to see, the world’s media and global governing bodies have refused to see the truth of the situation. They have condemned Israel whilst defending the terrorists. An in-depth study from BICOM helps reveal the truth.

Preparations for the protests started in the middle of March, when five large camps were established in Gaza along the border with Israel. Over the past three weeks, between 10,000 and 40,000 Palestinians have gathered each Friday in these camps to protest against the Jewish state.

The majority of these protestors have been relatively peaceful and stayed 500m away from the border, which means they were 30-150 meters away from the “no-go zone”.

Although in the beginning this was planned to be a peaceful protest, the conflict has escalated due to violent demonstrations instigated by Hamas. On several occasions, they have abandoned the supposedly peaceful tone of the protest by launching rocks or grenades, installing explosive devices on the border and armed terrorists have attempted to trespass the border.

32 killings by the IDF have been reported; however, 26 of these 32 casualties were known Hamas operatives or active in other military groups in Gaza engaging in terrorist acts against Israel.

1,500 other protesters have been wounded by Israeli forces when they entered the “no-go zone”, fired projectiles at Israeli troops or carried out attacks against the border fence.

Israel has been unfairly criticised by the international community

The international community has been critical of Israel’s responses to the provocations. The UN Secretary-General, Antonio Guterres, and the Chief Prosecutor of the International Criminal Court (IC), Fatou Bensouda, have disapproved the killings and wounding as well as the “violence” showed by Israel. Meanwhile, the European Union questioned the supposedly disproportionate use of force.

Fortunately, the UK has sought to have a level standpoint urging “all sides committing to peaceful protest restraint and international law”.

The US position has categorically been in favour of Israel, calling on “protest leaders to communicate loudly and clearly that protestors should march peacefully… and should not approach the border fence in any way or any location”. The US condemned “leaders and protestors who call for violence or who send protestors”.

Israeli officials and military analysts have explained that Israel is doing the best they can to handle this situation. Israel is facing a dilemma since they need to secure the border, but at the same time, this is difficult to attain this without casualties if a multitude of Palestinians try to break through the fence.

Notwithstanding, there are those who criticise Israel for not having developed “nonlethal measures which would be effective in dispersing demonstrations and marches from a relatively large distance”.

Yediot Ahronot Alex Fishman, a military analyst, argues that “tear gas, pyrotechnic measures and stun grenades are ineffective against people running amok … to stop people who are charging at the fence, there is no choice but to shoot, and people also get killed”.

IDF has been remarkably cautious regarding their shooting policy. Soldiers are only allowed to shoot in three situations: if their life is in danger; if they see critical border security infrastructure being damaged; and if they identify main instigators or a rush by a number of people towards the border.

IDF soldiers have been instructed to avoid casualties by shooting in the air first, then at the lower body and then at the chest as the last resort.

This reasoning strengthens Israeli’s legal position. Additionally, the fact that so many of the killed were members of Hamas also backs up Israel’s use of fire.

Tal Lev Ram, an Israeli journalist, has said that “Anyone who thinks that you can put an end to this kind of incident with no fatalities on the other side is mistaken. Israel and Gaza share a common border in a fundamental state of hostility and ongoing warfare that has continued for years … the use of supervised and controlled fire by commanders on the ground is an unavoidable part of the rules of the game which the IDF did not dictate during demonstrations when terrorist activity is committed”.

March of Return: origins and future

The March’s original plan was for a series of educational and folklore activities aimed at uniting the marchers who would then walk in the direction of the border only on Nakba Day (15 May).

However, Hamas’ leader, Yahya Sinwar, hijacked the March with the intention to begin “a new phase in the Palestinian national struggle on the road to liberation and return [of Palestinian refugees and their descendants to their former homes inside Israel]”, and attracted protestor crowds by promising financial incentives to those who took part, including paying $3,000 to the families of anyone killed, $500 to the seriously injured and $200 to the moderately injured. Also, Hamas paid for buses to bring people to the border. This is all on top of the $10 million Hamas has spent on the event.

One of the original organisers of the March, Ahmed Abu Rteima, has severely criticised Hamas’ actions and has opposed violence, claiming that approaching the fence is not necessary and that shahids (martyrs) were victims for nothing. He also said that if it were impossible to ensure the safety of the participants, they should not attend.

The future of the March is still uncertain and depends on several factors.

A senior IDF official has made it is clear that “Should the incidents continue [on a weekly basis], we will intensify our retaliation against Hamas not only in the area of the fence but also against its targets deep in the Gaza Strip”. These additional measures by Israel have begun to take place as Israel Air Force fighter jets struck Hamas military targets earlier this week.

Moreover, the Arab world may intervene to stop the protests which in the long run may especially affect Egypt. In fact, there have also been reports that Saudi Arabia and Egypt made Hamas an offer to permanently open the Rafah crossing at both ends in exchange for ending the “March of Return”.