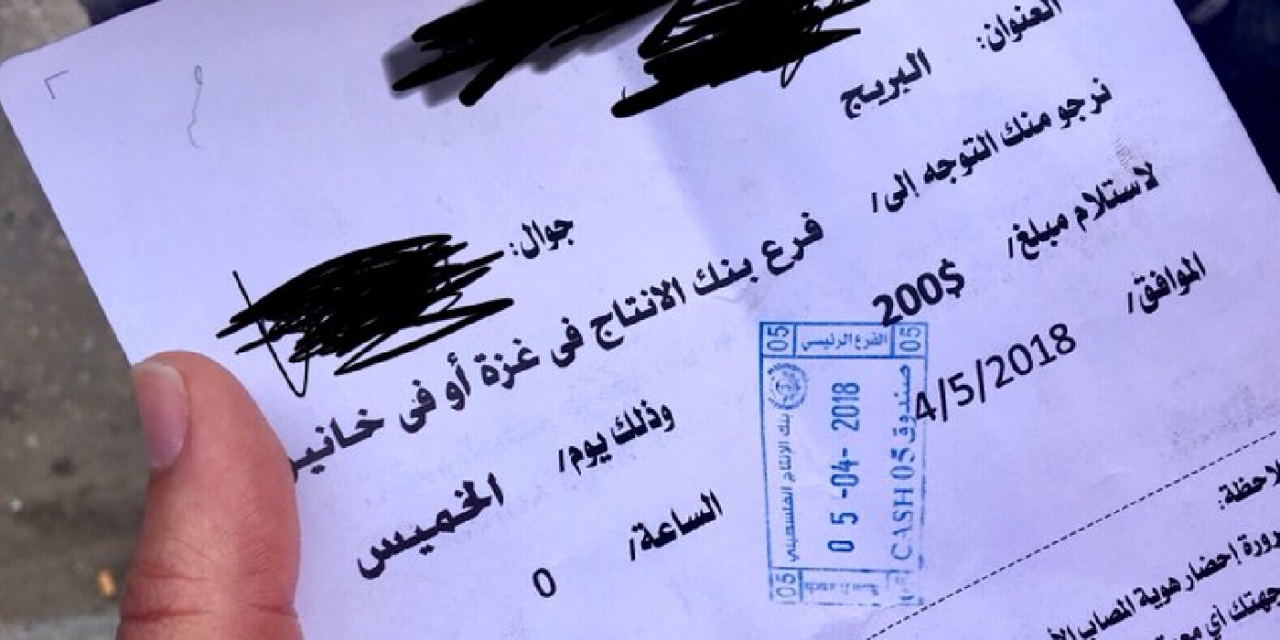 Further to what has been reported, Hamas has publicly announced that it will compensate “victims” that are killed or wounded in the recent protests at the Israel-Gaza border.

“Hamas’ financial support to the families of the martyrs and the wounded will not compensate them for what they have lost, and they are not worth the sacrifices they have made for our people and our just cause,” Hamas spokesman Hazem Qassem said.

Hamas has said that they will pay $3,000 to the families of those killed and $200 or $500 to those wounded, depending on the severity of their injuries.

Payments have been already reported in a tweet showing images of the cheques received by the Palestinians that were injured.

We met some young men earlier cashing $200 checks they got from Hamas after being shot by Israeli forced on Friday.

The severely injured get $500 and the families of the dead get $3000. pic.twitter.com/dWRDnu7rH1

“Together we defend our Jerusalem and together we free our Palestine,” read the message on the back of the Hamas cheques.

In return, this will no doubt be motivating young Palestinians to protest again next Friday. Mohamed Johar, a young man shot in the leg, said that he is going to be present in the next protests.