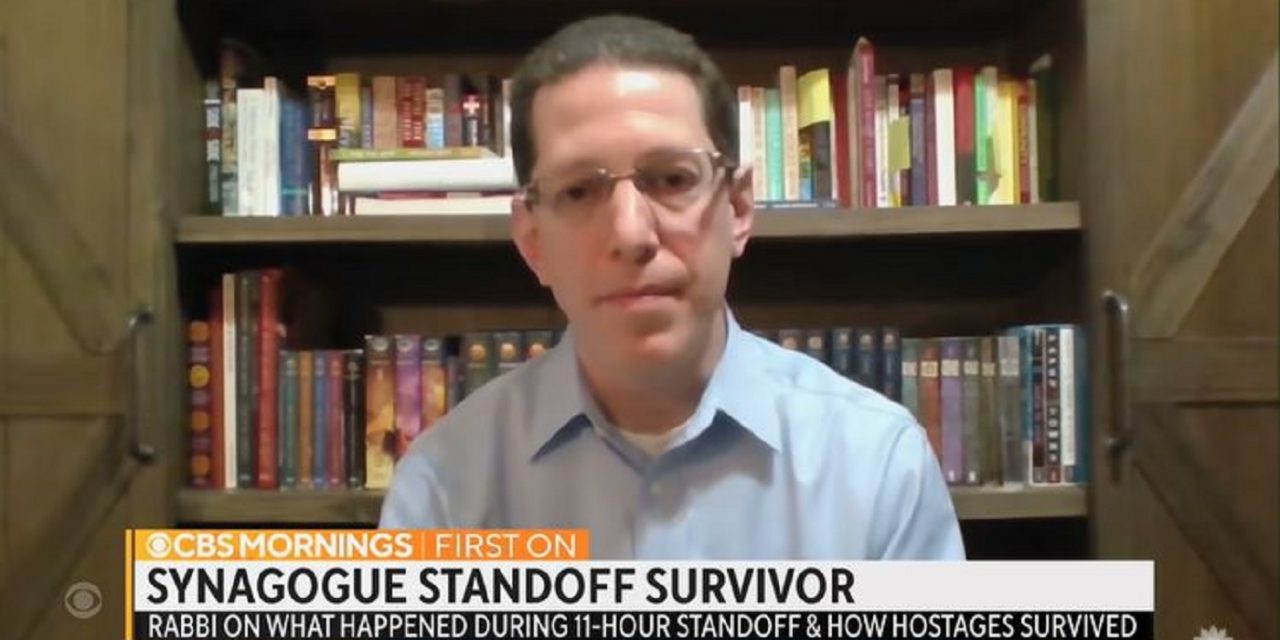 The Texas synagogue rabbi held at gunpoint for hours on Shabbat threw a chair at his captor in order to confuse him and allow his colleagues to escape.

Rabbi Charlie Cytron-Walker said the last hour of his captivity at Congregation Beth Israel in the Dallas region had been terrifying because hostage taker Malik Faisal Akram did not appear to be “getting what he wanted”.

He said he made sure that the two other hostages were ready to go because “the exit wasn’t too far away”.

He told the breakfast television programme CBS Mornings: “I told them to go, I threw a chair at the gunman and I headed for the door and all three of us were able to get out without even a shot being fired.”

The account explained footage filmed outside the synagogue building on Saturday evening, which showed two figures bursting out of a side door to escape. Moments later they were followed by a third person.

The rabbi also confirmed he had let Akram into the building thinking he might need shelter and made him a cup of tea.

He told the breakfast television programme CBS Mornings: “Some of his story didn’t quite add up so I was a little bit curious but that’s not necessarily an uncommon thing.

“It was during prayer, while we were praying and my back was turned — we face towards Jerusalem when we pray — right before he revealed himself, but this was plenty of time in, I heard a click. And it could have been anything. And it turned out it was his gun.”

Rabbi Cytron-Walker explained said it had been safety courses that provided him with the training to act when the opportunity arose.

Writing in a Facebook post, the rabbi wrote: “I am thankful and filled with appreciation for all of the vigils and prayers and love and support, all of the law enforcement and first responders who cared for us, all of the security training that helped save us. I am grateful for my family.