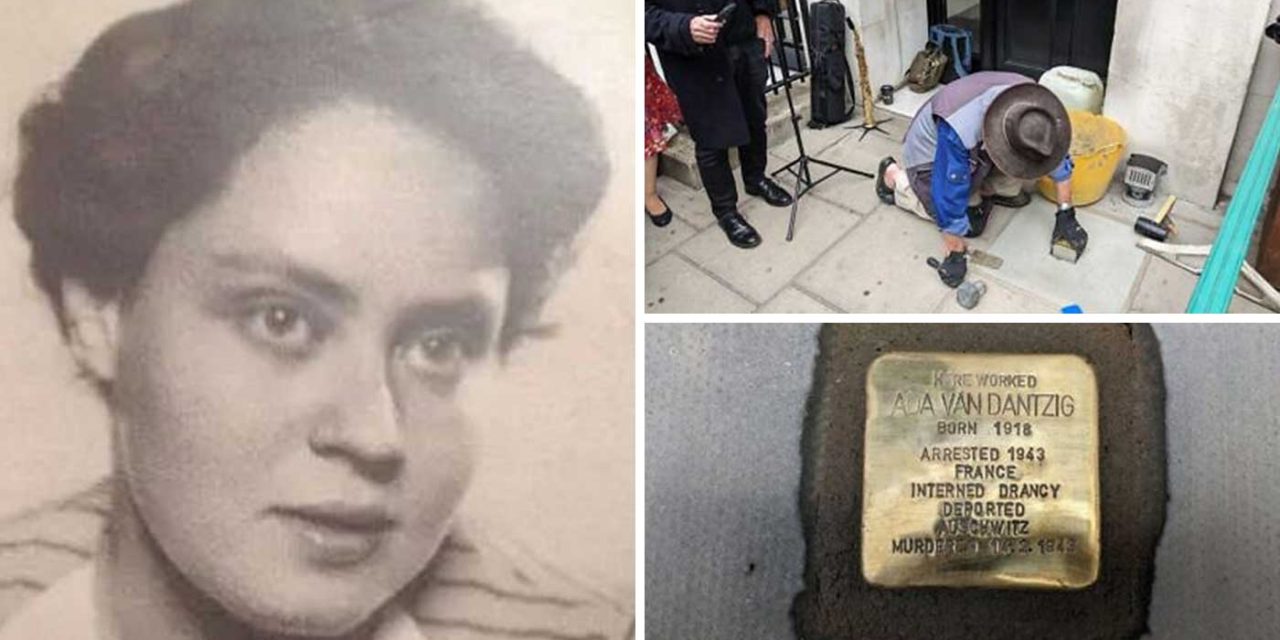 An art conservationist has become the first person to be commemorated with a “stumbling stone” in the UK.

Ada van Dantzig had the stolperstein installed in a pavement in Golden Square in her memory, to mark where she worked helping to restore paintings for the National Gallery.

She left the safety of London to help her parents escape to Switzerland but was captured in France by the Nazis and murdered in Auschwitz in 1943, aged 24.

The stone was supposed to be laid in 2020 after exceeding its crowdfunding target but was delayed by lockdown.

IsraAID is launching a humanitarian response to the earthquake that struck eastern Afghanistan on June 22 and killed at least 1,000 people, injured more than 1,600 and damaged thousands...
Read More
Share
Tweet
Email
More
90 Shares