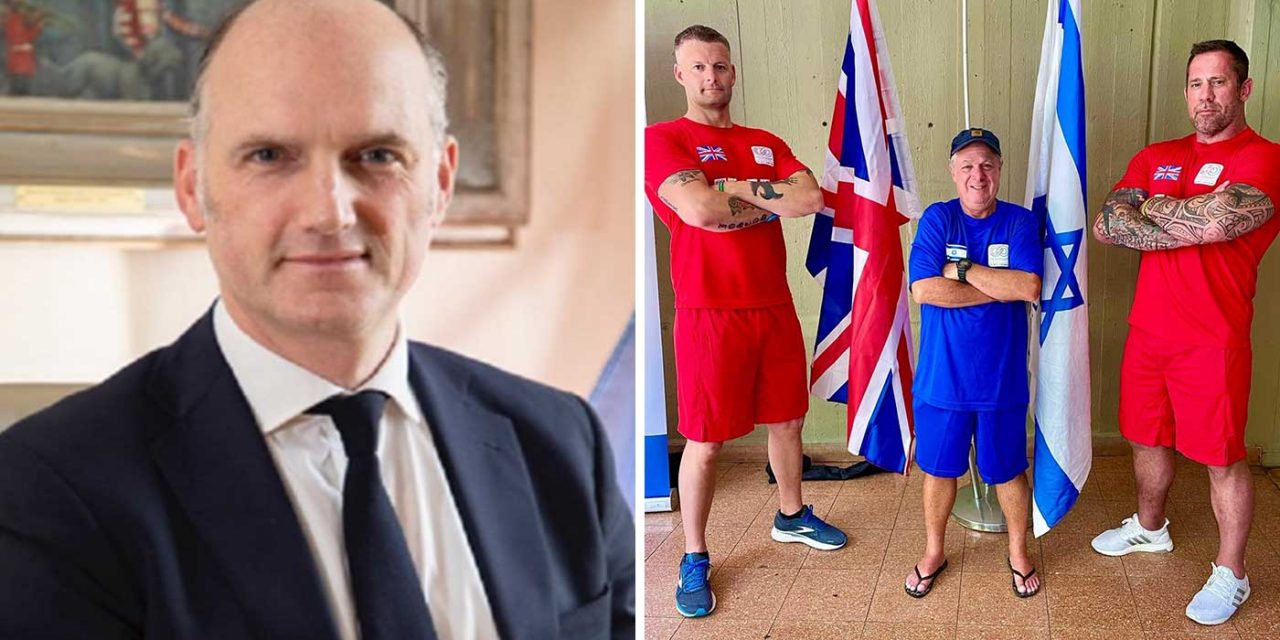 The UK’s veterans minister has insisted the country can learn “a great deal” from Israel’s work in supporting wounded veterans – as he praised the British philanthropists behind a landmark initiative bringing together former soldiers from the two nations.

Leo Docherty met British and Israeli ex-servicemen and women taking part in the Veteran Games, a day after addressing the event’s opening ceremony at the Tel Aviv base of Beit Halochem.

The Games – the brainchild of the charity’s UK branch – will see 65 former members of the military who suffered physical or psychological injuries compete in swimming, shooting and cross-fit over three days. Together with their spouses and children, they will also enjoy tours of Jerusalem and Tel Aviv and will have the opportunity to float in the Dead Sea.

The minister said the Games were an expression of “amazingly close” bilateral relations in defence and intelligence sharing.