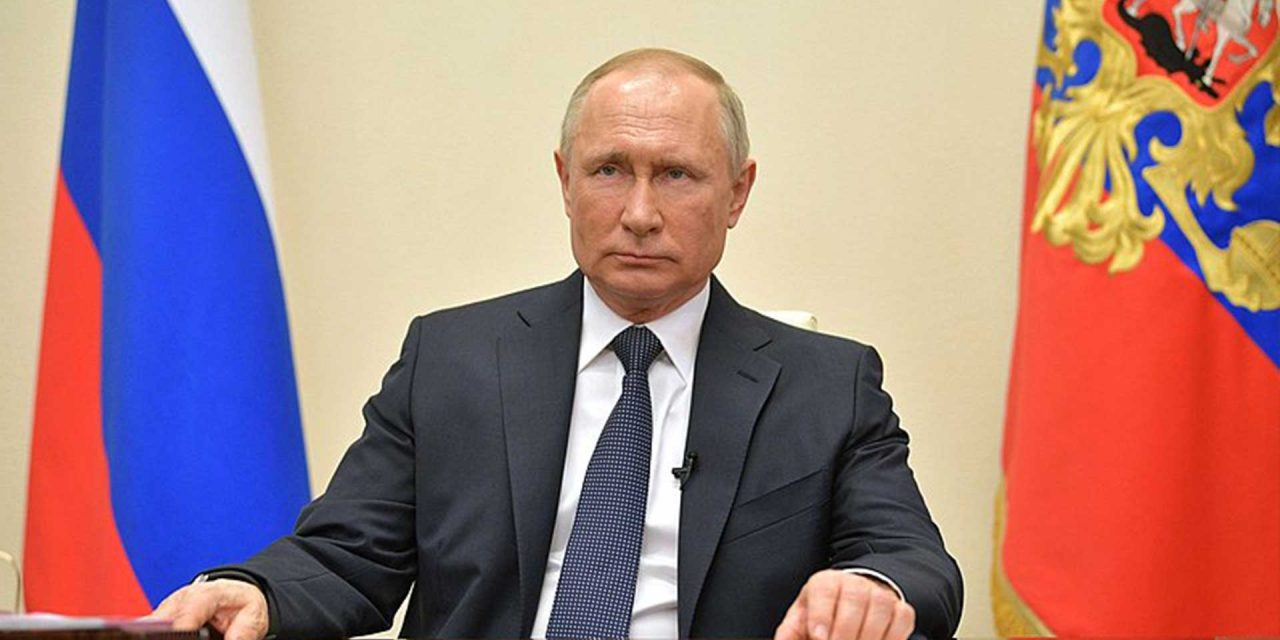 This week, in the build-up to the invasion of Ukraine, Russian leaders made accusations painting their enemies as both “Jews” and “Nazis” and caused some to accuse Putin’s regime of exploiting the memory of the Holocaust for his evil aims.

The antisemitic allegations started with Alexander Zakharchenko, leader of the self-proclaimed Donetsk People’s Republic, a Russian-led rebel force inside Ukraine, claiming that Kiev’s pro-Western leaders were “miserable representatives of the great Jewish people.”

Meanwhile, Putin himself called Ukraine’s leadership “Nazis” and accused them of “genocide”.

He said his goal is “to protect people who have been subjected to bullying and genocide… for the last eight years. And for this, we will strive for the demilitarization and denazification of Ukraine.”

Putin was lying here, distorting reality and exploiting the strong anti-Nazi sentiment that exists in Russia in order to incite.

These words were condemned by the US Holocaust Memorial Museum which accused Putin of misrepresenting and misappropriating Holocaust history by claiming falsely that democratic Ukraine needs to be “denazified.”

“We strongly condemn this unprovoked attack and are greatly concerned about the loss of life. The Museum stands with the Ukrainian people, including the thousands of Holocaust survivors still living in the country,” said Museum chairman, Ambassador Stuart E. Eizenstat. “These survivors are remnants of one of Europe’s largest pre-war Jewish populations that was almost completely decimated by the Germans in World War II. Having suffered terribly as victims of both Nazism and Communism, Ukrainians today are seeking to fulfill their democratic aspirations.”

The museum explained that the Holocaust, the genocide of European Jews, entered a new phase in June 1941 with Operation Barbarossa, Nazi Germany’s massive military assault in the East. Mobile killing squads began systematically murdering Jewish men, women, and children, including well over one million Ukrainian Jews.

While Putin claimed he was trying to defeat Nazism, he was himself deploying tactics similar to those of the Nazi leadership. He is using lies and propaganda to demonise his enemies. And he is using excuses to invade Ukraine that mirror the tactics of Hitler when he invaded Poland, which led to World War II.

This similarity has not gone unnoticed. An image depicting a father figure of Hitler congratulating a child Putin in a tweet shared by Ukraine’s Twitter account. It seems many others share this observation as the image has been liked by more than one and a half million people at the time of writing.

This same accusation was picked up on by CUFI founder Pastor John Hagee who said, “History is repeating itself. Putin is doing exactly what Hitler did to get World War II started.”

Hagee also linked the way in which America and Europe are dealing with this crisis as cause for concern for Israel regarding Iran. Click here to listen to Pastor Hagee’s full message.