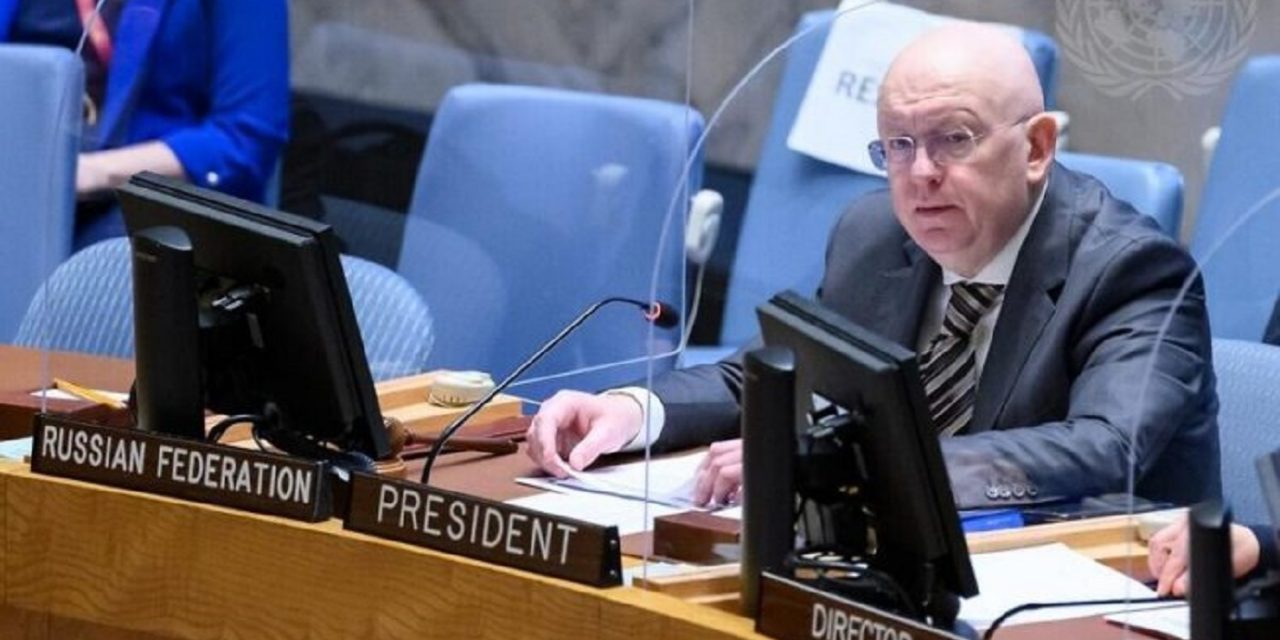 Unbelievably, on the eve of Russia’s invasion of Ukraine, the United Nations held a special session in which Israel was accused of ‘apartheid’. During the session, Russia even accused Israel of breaching the Geneva confusion over its activity in the Golan Heights.

Erdan said that there were far more serious issues for the Council to deal with right now than what he called the Palestinians’ “false allegations.”

“The clouds of unrest, violence, and war cast long shadows across the world,” he said, broadly hinting to the start of Russia’s invasion of the Ukraine. “One might wonder what the urgency was to turn a closed monthly debate into an open one while such critical matters to global security are being discussed in the General Assembly as we speak.”

Russia speaks out against Israel’s sovereignty over Golan Heights

Meanwhile, during the debate Russia’s envoy said Moscow considers the Golan Heights to be a part of Syria.

Israel captured the Golan during the 1967 Six-Day War, when the Jewish state was threatened with annihilation by the surrounding Arab countries and won a stunning victory in a war of defense.

Israel annexed the Golan in 1981. Former President Trump officially recognized the Golan as Israeli territory during his tenure.

“We are concerned over Tel Aviv’s announced plans for expanding settlement activity in the occupied Golan Heights, which directly contradicts the provisions of the 1949 Geneva Convention,” the Russian Mission tweeted.

In the special debate devoted to the Middle East conflict, the Palestinian representative accused Israel of apartheid several times and even wore a mask with the words “Stop Apartheid.”

Erdan responded sharply, saying, “Can anyone honestly look me in the eye and tell me that Israel, a country that protects the social and political equality of all of its citizens, is guilty of systematic injustice? A country in which Arab doctors, Arab members of parliament and Arab ministers serve alongside their Jewish counterparts?”

“While these organizations, in addition to UN bodies, spend countless hours and resources demonizing Israel, to find true discrimination and human rights violations they do not have to look far,” he added.