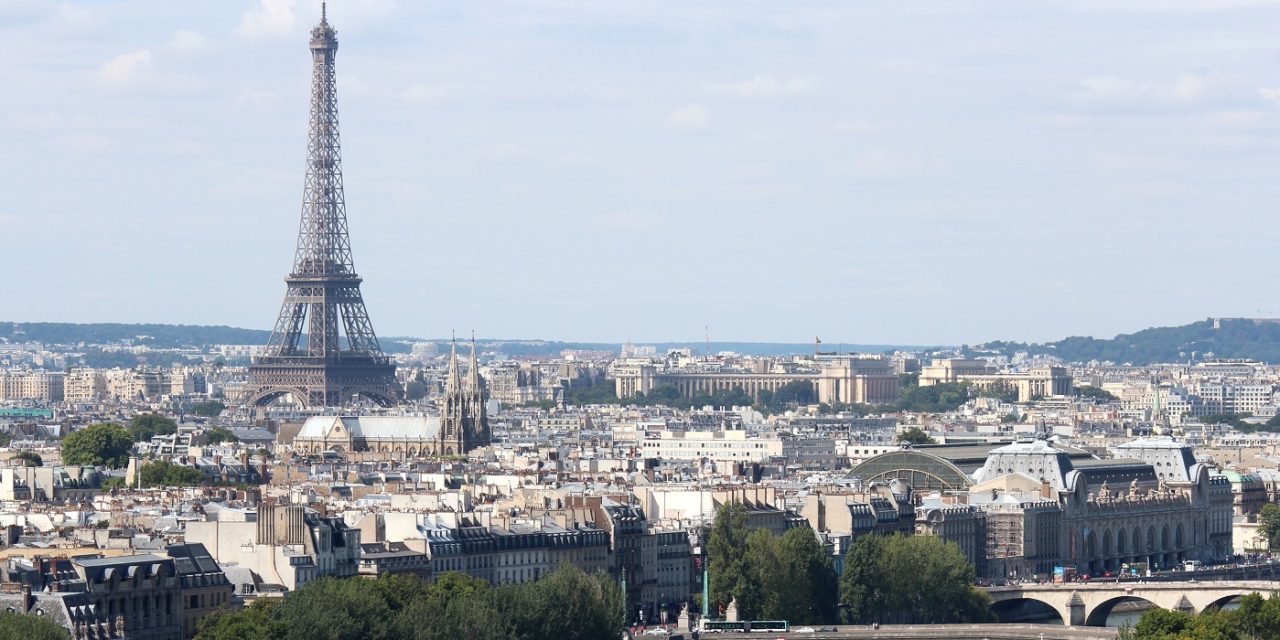 Half a ton of explosives was brought to Paris in a diplomatic suitcases in order to carry out a terror attack, before being foiled by French authorities.

The explosives were transported on a passenger plane to Paris inside suitcases belonging to an Iranian diplomat and then transferred into a car on its way into the city before being seized, says the report.
Not only was a terror attack at a meeting of Iranian opposition members in Paris averted, but the civilian plane with 240 passengers on board could have exploded mid-air had it entered a strong pocket of air.

The British newspaper “Independent in Arabic” quoted an intelligence source as saying that in 2018 Iran had delivered half a ton of TATP explosives in diplomatic packages to a civilian plane that was supposed to be transferred to Paris to carry out an attack in the city.

According to the report, the plane arrived from Tehran to Geneva in June 2018, following an Iranian plan to carry out a terrorist attack during a meeting of the Iranian opposition. According to a report based on intelligence sources, the attack was supposed to be carried out by an Iranian intelligence official who worked at the Iranian embassy in Austria since 2014, but French intelligence thwarted the attack after the authorities arrested a Belgian couple of Iranian origin who had the explosives in their car on their way to Paris.

A Western intelligence source said the intelligence official visited Tehran on July 20, 2018, where he received TATP explosives. On June 22, he transferred explosives in a civilian plane from Tehran to Austria on flight OS872, when the material was delivered in a diplomatic suitcase aboard the Airbus A320. The plane had 240 passengers.

The source added that the transfer of the explosives into a civilian plane constitutes a clear and blatant blow to all international treaties related to security in international aviation, for if it enters into strong pockets of air, the plane would explode in the air. The source referred to the Russian plane that exploded shortly after taking off from the Sharm el-Sheikh airport in Egypt three years ago, and all 244 passengers aboard were killed by an explosive charge weighing half a kilogram of TNT.

According to the intelligence source, the material seized by the Belgian couple in Iran and its transfer to a terrorist attack on a civilian plane is a dangerous violation of international conventions. According to the source, Iran frequently uses civilian aircraft and civilian airlines to transport explosives, weapons and ballistic missiles, as well as funds to Hezbollah in Lebanon and elsewhere in the world.

Earlier this month, a Daily Telegraph report revealed how the discovery of more than three tons of ice-packed ammonium nitrate, intended for a Hezbollah terror attack  here in the UK, was subsequently covered up.

The report found that the arrest of a 40-year-old man, who was later released, came only months after the UK joined other countries in signing the Iran nuclear raising speculation that the discovery was hushed up to avoid derailing the agreement with Iran, which is the main sponsor of Hezbollah.

Defense Minister Benny Gantz said Tuesday that Israel has the ability to cause serious damage to Iran’s nuclear programme, and warned that reviving a 2015 pact with world powers to curb...
Read More

The head of MI6 believes the Iranian regime has no interest in cutting a new nuclear deal, but says European leaders and America won’t give up trying. Richard Moore, a career...
Read More

A British Royal Navy vessel seized a sophisticated shipment of Iranian missiles in the Gulf of Oman earlier this year, officials said Thursday, pointing to the interdiction...
Read More