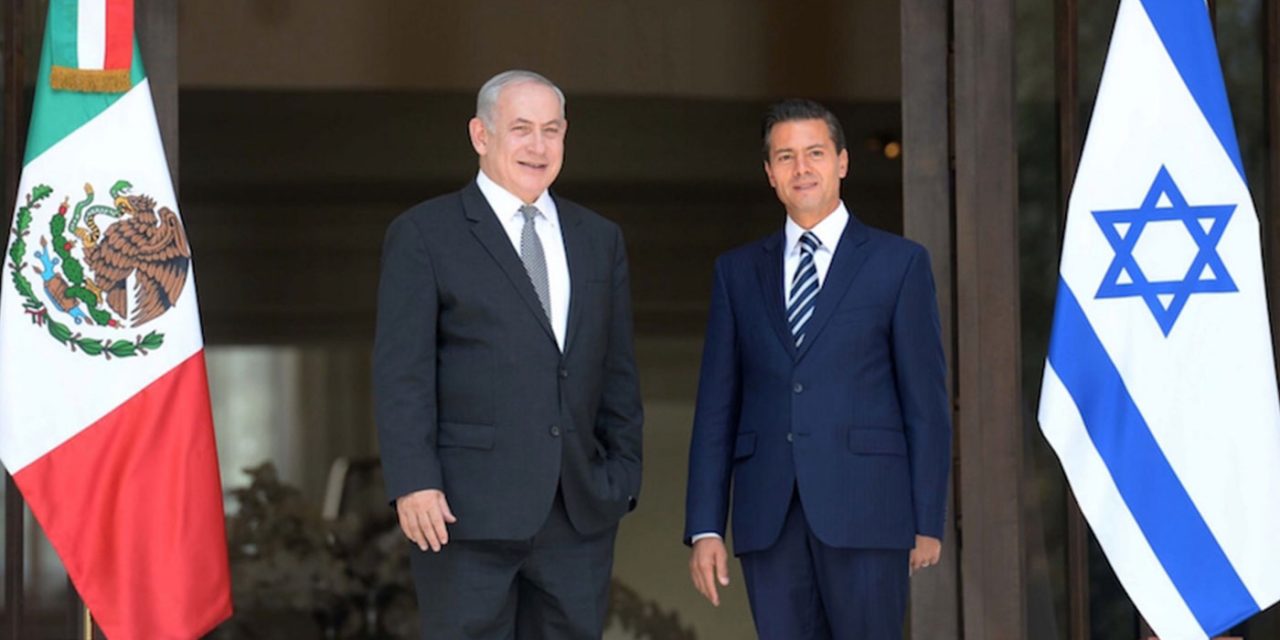 Mexico says it will change its voting strategy at the United Nations and other international bodies and stop voting in favour of Palestinian resolutions. A move which demonstrates the strengthening relationship between the country and Israel.

Mexican Foreign Minister Luis Figari contacted Israeli Ambassador to Mexico Yoni Pelad and told him of the shift in strategy for upcoming voting related to the Israeli-Palestinian conflict.

Israel’s Prime Minister Netanyahu tweeted his thanks to the country shortly after.

Thank you President of Mexico @EPN and Secretary of Foreign Affairs Videgaray for refusing to go along with one sided anti-Israel resolutions at the UN. Deeply value your friendship. 🇮🇱🇲🇽 pic.twitter.com/1l2629xsTi

He met with Mexican President Enrique Pena Nieto in Mexico City and signed several agreements that bolster the ties and cooperation between the two countries.

Later that month, when hundreds of Mexicans were killed by a series of deadly earthquakes,  Israel was the first international aid team to arrive in the country and assist those in need.

This latest move shows a spectacular turn around in the country. It was just last year when the then Mexican UNESCO Ambassador, Andres Roemer, who is himself Jewish, walked out on a vote which denied the Jewish connection to Jerusalem.

Roemer refused to vote in favour of it, despite what his country demanded, so he walked out in protest and was subsequently fired.

Let’s hope that Mexico honours their word and holds to this agreement. This is a great turn around for the country.