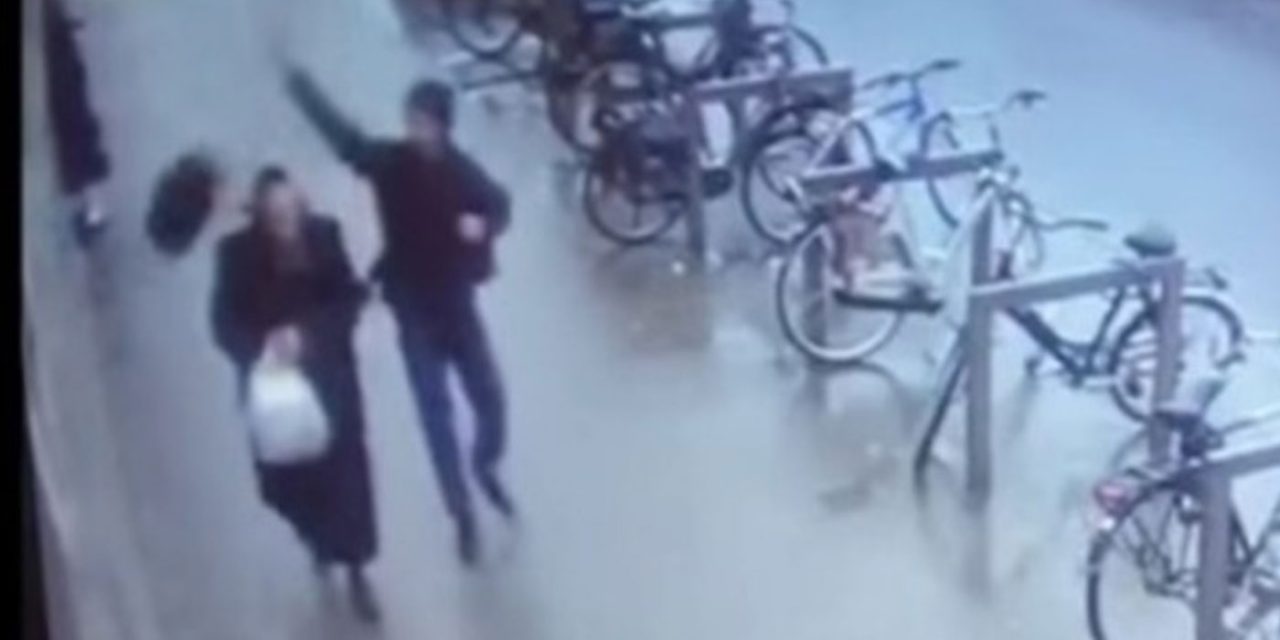 A 24-year-old refugee, believed to be Muslim, was briefly detained by Belgian police for anti-Semitic hate crimes, including the destruction of at least 20 mezuzahs in Antwerp.

In recent weeks, the same man was filmed in Antwerp destroying at least 20 mezuzahs, religious objects containing a parchment with biblical text inked on it that Jews affix to their door frames, and vandalizing the entrance doors of several Jewish institutions, Joods Actueel, the Jewish monthly reported Sunday.

He had also placed a Quran near a synagogue, and was filmed knocking off the hat of an Orthodox Jew on the street. He shouted at Jewish passersby: “This is our land, Palestine!” and: “We will show you!”

The local Jewish neighbourhood watch said they are getting frustrated by the lack of action. “The police are doing an excellent job, but the court keeps letting him go over and over again”, they said.

What worries the community especially is that the man always returns to the Jewish neighbourhood immediately after his release.

“We are dealing with a man who has a visceral hatred for Jews”, according to one Jewish volunteer who has apprehended the perpetrator several times. “The hatred in his eyes is something I have rarely seen,” he said.

Michael Freilich, editor-in-chief of Jewish News said (Google Translate): “Since the man is not afraid of the authorities, has already made threats to the Jewish community and always works three times, the question is what he will do tomorrow. Do we really have to wait until he pulls a knife at a school and stabs children? ”

“It is a disturbed or radicalized Muslim extremist who has been granted asylum here as a refugee, this man can / will clearly not integrate into our society. It is totally incomprehensible to us that in times of terror there are no adequate remedies to deal with such persons “.

“Even if this man is mind-disordered, then action must still be taken. How often do we hear – from Berlin to Australia – that attacks are not terrorism because the perpetrator was an unstable person? Do we really have to wait until the time comes “?

“Kudos to the police who do everything to keep us safe and very quickly, but they too are probably watching with dismay when they have to let the suspect go for the umpteenth time”.

This latest comes after a near car-ramming last week on a visibly Jewish father and son by a Muslim driver. Shockingly, Antwerp authorities deemed that attack to be “not antisemitic”.

The incident also follows on from an incident last September when a Jewish man was severely beaten and had “teeth knocked out” in an antisemitic assault by a new Muslim convert. The attacker shouted “I am hitting you because you’re Jewish” as he beat his victim.

It seems that authorities in the city are failing to protect their Jewish community.