Belgium: Driver arrested for trying to run over Jewish father and son 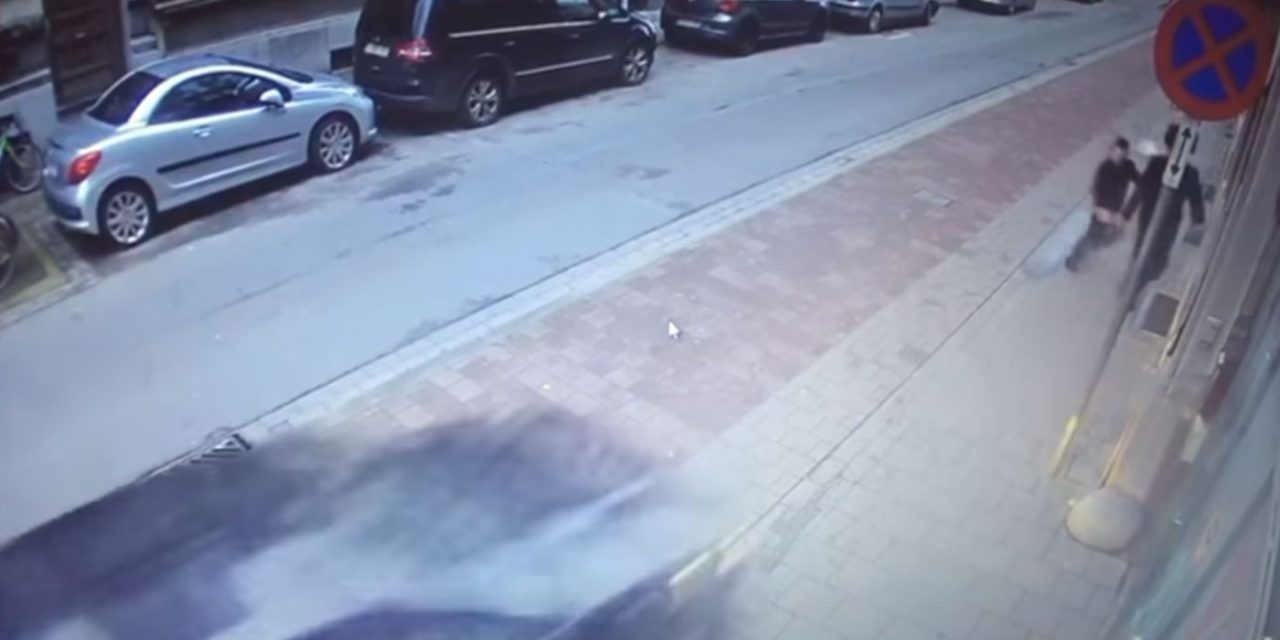 ﻿A man has been arrested in Antwerp, Belgium, after he tried to run down a Jewish father and son with his car on Saturday.

The attack happened on Saturday morning as the Jewish pair were walking to synagogue. The driver, said to be of Muslim background, swerved off the main road, over a cycle path and onto the curb while seemingly speeding up in an attempt to hit his victims.

Fortunately the father and son were able to quickly move out of the way and were protected by a nearby street lamp. The driver then swerved back off the pavement onto the road after failing to hit his victims.

Here is the video footage of the incident.

Media sources announced on Sunday that the driver. Police were able to track down the driver using the video footage of the license plate, he is being charged with attempted manslaughter.

This latest incident follows on from another anti-Semitic attack in Antwerp last September when a recent convert to Islam brutally attacked a Jewish man, leaving him bleeding on the ground. There have also been other incidents of antisemitism in Amsterdam and other parts of the country over recent months.

Antwerp is home to around 12,000 of Belgium’s 40,000 Jews and is home to the majority of the country’s synagogues.