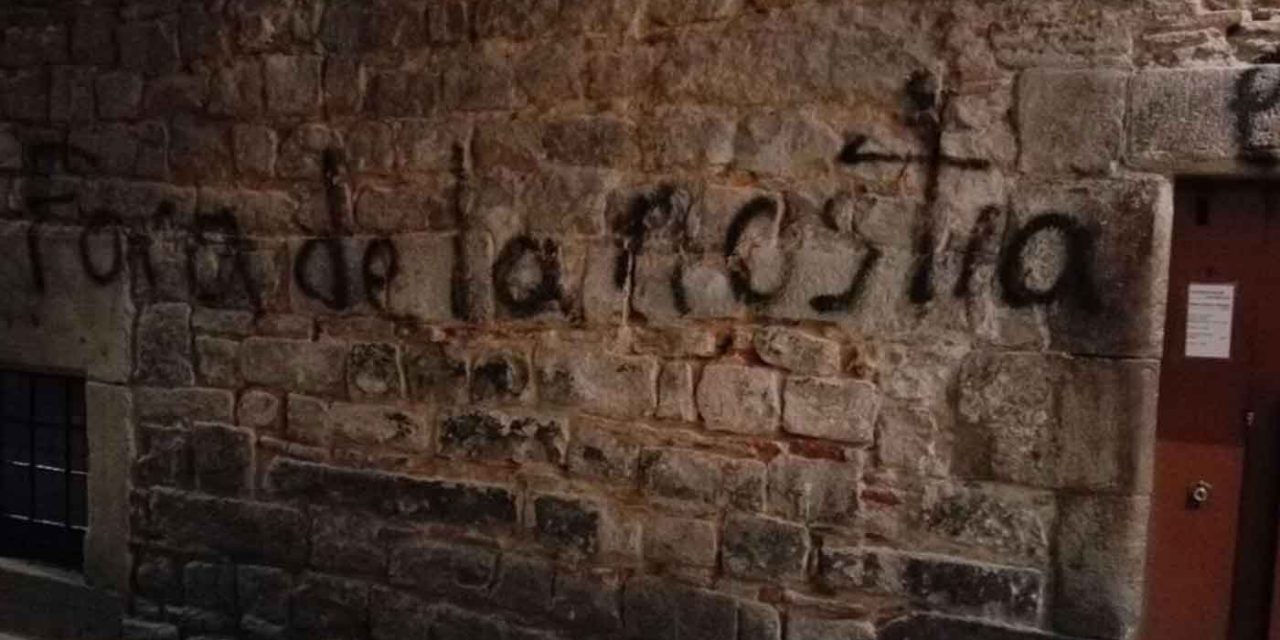 Anti-Semitic graffiti was spray-painted on the walls of a synagogue in Barcelona. The word “pigs” was written in English followed by a sentence in the Spanish-Latin hybrid language Catalan reading “Get out of the country,” according to local reports.

The graffiti discovered Wednesday was ordered erased by Barcelona Deputy Mayor Gerardo Pisarello, who called for an investigation into the incident.

“Barcelona is a city which is proud of its differences,” Pisarello said in a statement. “We will not allow actions of intolerance.”

The synagogue is no longer in daily use, according to reports. It serves as a cultural center and a museum, and as a site to host community events.