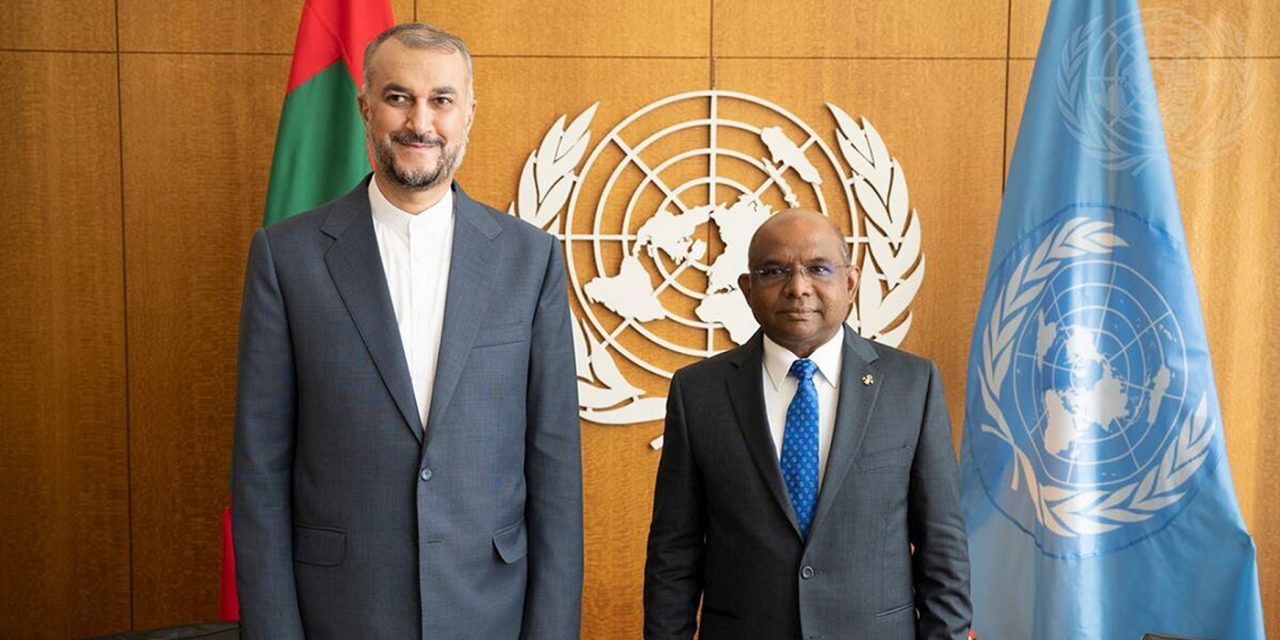 Iran’s foreign minister told the UN’s anti-racism conference that his nation’s “willpower is dedicated” to the elimination of Zionism.

The UK was among 38 countries that boycotted the UN’s 20th anniversary commemoration of the notorious 2001 Durban conference on racism, which infamously turned into an anti-Semitic hate-fest.

Speaking at the conference in New York, Iran’s new foreign minister Hossein Amir Abdollahian said he opposed all forms of racism while invoking the destruction of the Jewish state, giving the countries who boycotted the conference more reason to have stayed away.

“As the new foreign minister of the Islamic Republic of Iran, I’m honored to announce that my nation’s willpower is dedicated to the total elimination of all forms of racial discrimination, including apartheid and Zionism,” he said. “These are crimes that constitute horrible atrocities such as child killing and the creeping occupation through settlements, which extends to the proximity of Al-Aqsa mosque.”

The event, known as Durban IV, had the theme of “Reparations, racial justice and equality for people of African descent.” Wednesday’s event was to commemorate and adopt a statement 20 years after the first meeting in Durban, South Africa.

Behnam Ben Taleblu, a senior fellow at the Foundation for Defense of Democracies who focuses on Iran, told Fox News, “Abdollahian didn’t mince words: the Islamic Republic will use every opportunity afforded to it to seek ‘the total elimination’ of Zionism. That is code for working towards the destruction of the Jewish state.”

Taleblu said the new foreign minister’s words should serve as a warning to the Biden administration about engaging with the regime in Tehran.

“Washington should understand that working zealously to engage Iran with the aims of reviving the flawed 2015 nuclear deal not only makes no strategic sense given Iran’s irreversible nuclear advances in 2021, but would result in yet another infusion of cash to the world’s foremost state sponsor of terrorism,” Taleblu said. “That would mean men like Abdollahian would be in a greater position to put their money where their mouth is.”

In June this year, following calls by CUFI supporters, Boris Johnson’s government joined the United States, Canada, Israel, Hungary and Australia who had previously announced they will be boycotting the event.