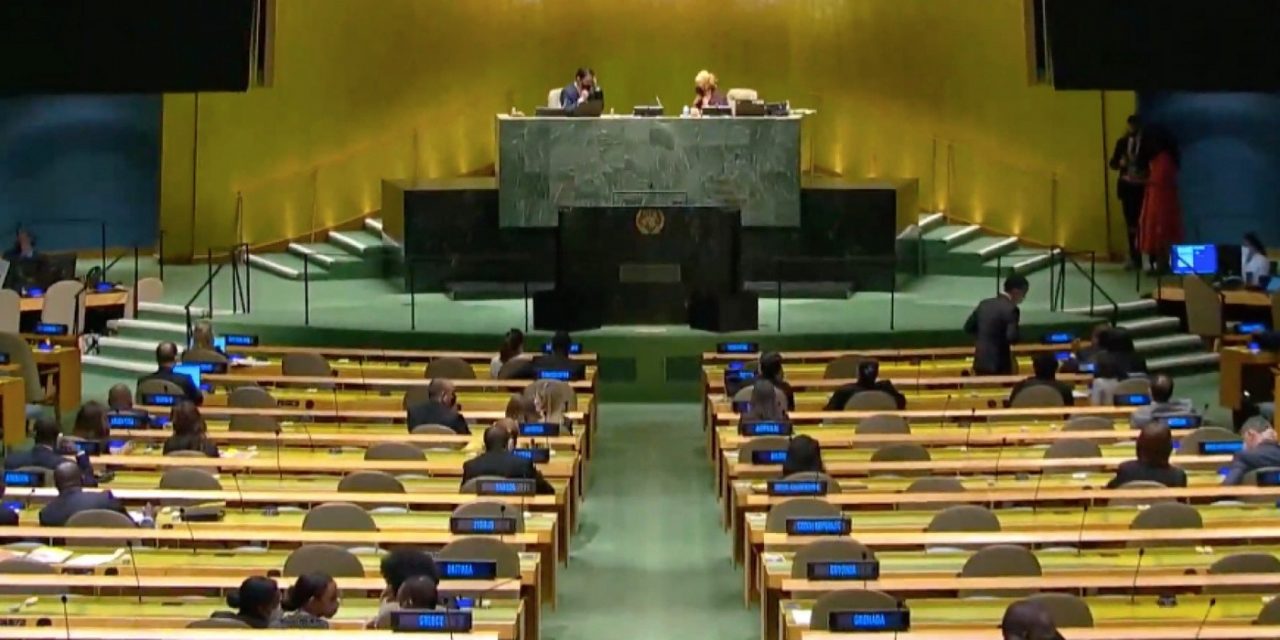 Over 30 countries joined the UK, United States and Israel in boycotting the UN’s 20th anniversary commemoration of the notorious 2001 Durban conference on racism, which infamously turned into an anti-Semitic hate-fest.

The mass non-attendance at Wednesday’s event left an almost empty UN General Assembly hall, however Ireland was one of the few countries that ignored calls and attended.

At the eleventh hour, Latvia and Sweden also withdraw bringing the total to 36 countries that boycotted (the image below shows 34)

Israel’s Foreign Ministry released a statement denouncing the conference as the commemoration began, saying, “The original Durban Conference, a UN-hosted event, became the worst international manifestation of antisemitism since WWII. Inflammatory speeches, discriminatory texts and a pro-Hitler march that took place outside the halls were only part of the ugliness displayed in 2001.” 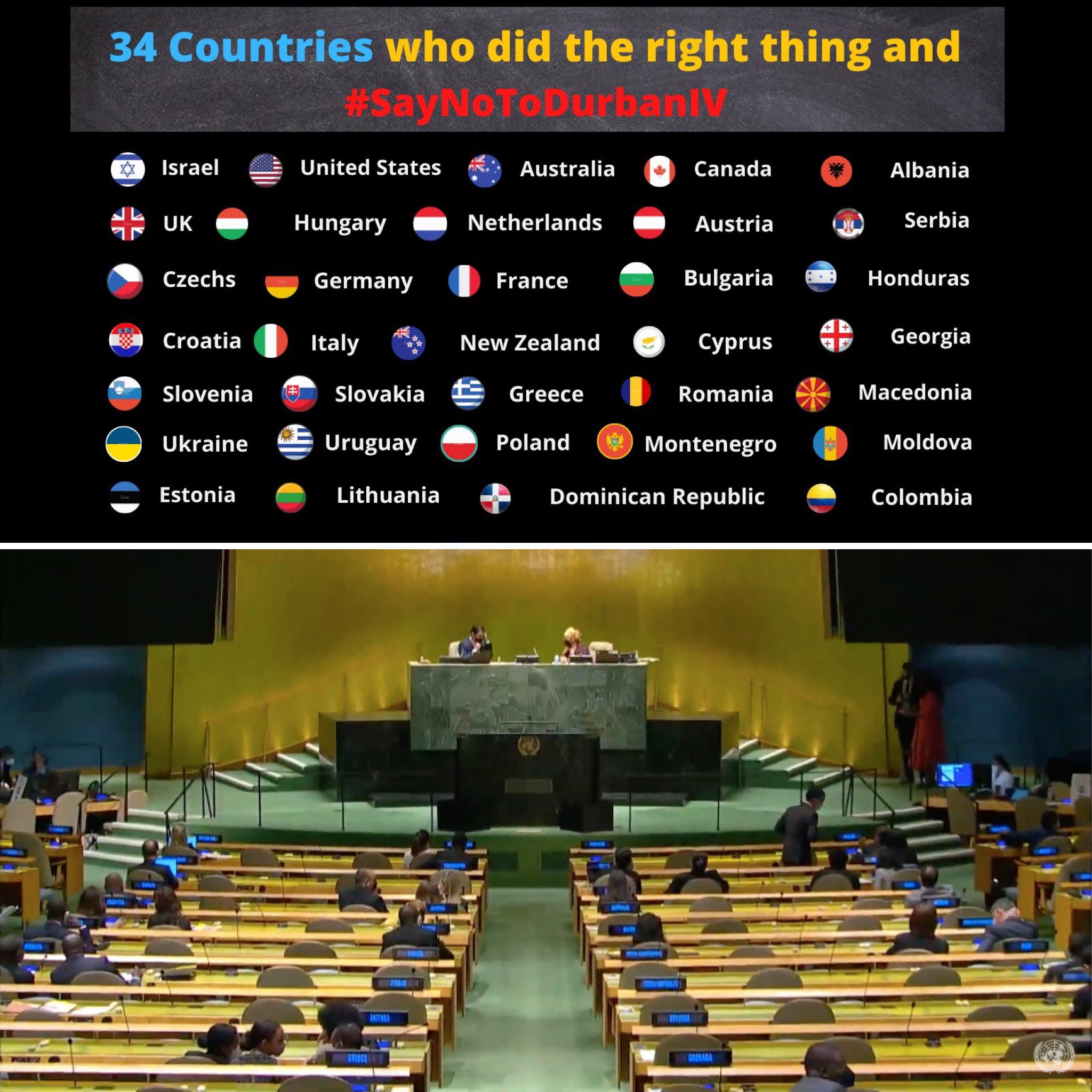 “The ‘World Conference on Racism’ actually ended up encouraging it, including through the parallel NGO forum, which displayed caricatures of Jews with hooked noses and fangs dripping with blood, clutching money.”

“Twenty years later, some of the same organizations have waged a BDS campaign against the only democracy in the Middle East, but they have FAILED,” the ministry added, referring to the Israel boycott movement.

Dozens of countries steered clear of a UN General Assembly session Wednesday that commemorated the 20th anniversary of the controversial UN World Conference Against Racism in Durban, South Africa, which was accused of veering into open antisemitism.

Israel and dozens of other nations boycotted the commemoration event amid worries it would also feature attacks on the Jewish state, with Foreign Minister Yair Lapid tweeting that 34 countries would not attend.

“Thank you to everyone who enlisted in a focused and successful diplomatic operation,” Lapid wrote of those who helped organize the boycott.

In June this year, following calls by CUFI supporters, Boris Johnson’s government joined the United States, Canada, Israel, Hungary and Australia who had previously announced they will be boycotting the event.

Couldn't even get enough for a Minyan! 6 people is all #UNGA could muster for the first roundtable of #DurbanIV at UN. That's what happens when nations and leaders of principle #SayNoToDurbanIV antisemitic carnival. pic.twitter.com/qY0W2OTZ7T

Israel’s Ambassador to the UN Gilad Erdan on Friday noted the number of nations planning to boycott the ceremony was over twice the number of countries that had skipped the event in the past.