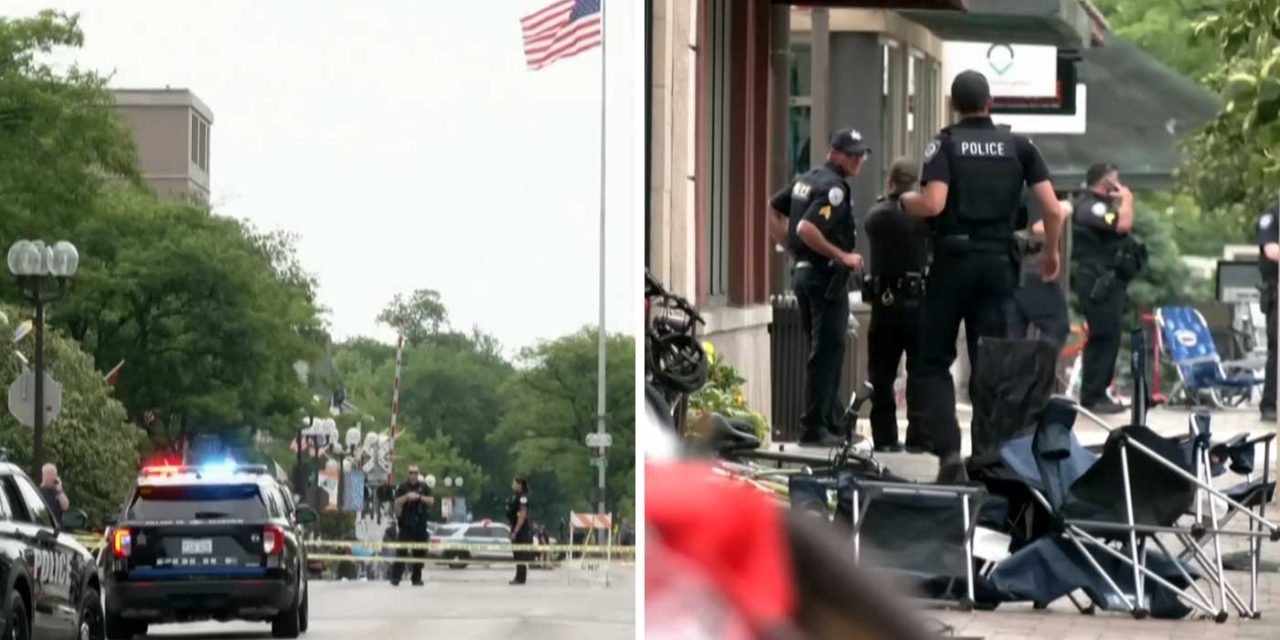 It has been reported that four of the seven victims in the 4th July shooting in Chicago were Jewish, prompting speculation that the attacker could have had an antisemitic motive. Additionally, antisemitic flyers were distributed in the area in the weeks before the attack and the suspected shooter had previously visited a synagogue to “size it up”.

The Jewish victims have been identified as Catherine Goldstein (64), Irena McCarthy (35), Stephen Strauss (88) and Jacki Sundheim (63). The non-Jewish victims were Nicolas Toledo-Zaragoza (78) and Kevin McCarthy (37). The seventh victim is yet to be named.

To compound the tragedy, a Jewish toddler was left orphaned after his parents were killed in the attack. The two-year-old was found wandering by himself. It later transpired that his parents were Irina and Kevin McCarthy. Irina was Jewish.

The toddler, Aiden, survived because his father shielded him with his body, local media reported. He was eventually separated from his parents in the ensuing chaos and was later taken to his grandparents by police.

We are utterly heartbroken to report the toddler who was separated from his parents in yesterday’s Highland Park shooting is now an orphan.

Both parents – Irina Levberg and Kevin McCarthy – were amongst the 7 victims of yesterday’s mass shooting. pic.twitter.com/iwLtgRhnwT

The suspected shooter has been identified as Robert (Bobby) E. Crimo III, a 22-year-old who regularly posted content glorifying violence on his social media channels. In addition to killing seven people, Crimo is suspected of injuring at least 31 others, some of them critically, when he opened fire at the parade from a business’s rooftop, sending hundreds of marchers, parents with strollers and children on bicycles fleeing in terror.

Highland Park is known to have a large Jewish community and there is speculation that the attack could have had an antisemitic motive.

Former mayor of New York, Bill de Blasio tweeted after the attack that he was “deeply concerned that this may be a pre-meditated act of domestic terrorism directed at the Jewish community of Highland Park.”

This speculation was amplified after news came to light that residents had received antisemitic flyers in the weeks before the attack. In addition, the shooter had previously visited the local synagogue according to the congregation’s volunteer security director.

“He was definitely sizing up the synagogue,” Martin Blumenthal said Tuesday in an interview.

Crimo is said to have stood out from the usual visitor as he was wearing all black clothes “in the goth style,” according to Blumenthal, including black gloves.

He was also wearing a knapsack, which Blumenthal, after going over to introduce himself, squeezed to check for weapons. He didn’t feel any.

“He said his name was Bobby and he lived in the neighborhood,” Blumenthal said, adding, “I watched him the whole time.”

After sitting in the sanctuary for about 45 minutes, Crimo, who is 21, left by bike, according to Blumenthal.

The Times of Israel reported that the synagogue’s rabbi, Yosef Schanowitz, also said that Crimo had visited his synagogue during Passover.

During a press conference following the Fourth of July mass shooting, Chris Covelli, spokesperson for Lake County Major Crimes Task Force, said on Tuesday police have not yet “developed a motive” from the shooting suspect.

Whether it turns out this attack was motivated by antisemitism or something else, this is yet another tragedy to come out of America in recent weeks where innocent people are gunned down by lone attackers. We will be praying for all the victims of this attack as well as for America.