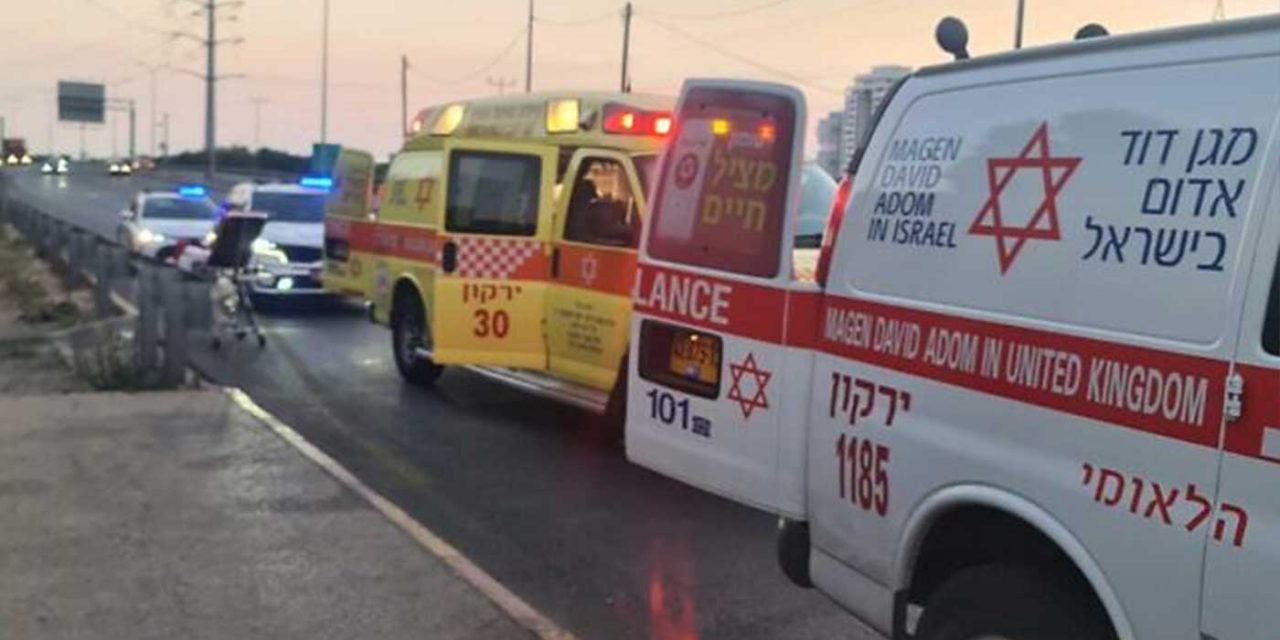 An Israeli man was seriously hurt in a suspected terror stabbing attack near the ultra-Orthodox city of Bnei Brak on Tuesday morning.

Police said officers launched a manhunt for the stabber, who fled after attacking the man on a pedestrian bridge between Bnei Brak and Givat Shmuel.

The Magen David Adom ambulance service said its medics were called to the scene shortly after 5 a.m., and found the victim, 47, fully conscious and in moderate condition.

He was taken to Tel Hashomer hospital in Ramat Gan, where his condition was later listed as serious but stable. The victim was suffering from a wound to his head, the hospital said.

“We provided him with life-saving medical care and urgently evacuated him to the hospital,” MDA medic Shimi Zilbershlag said.