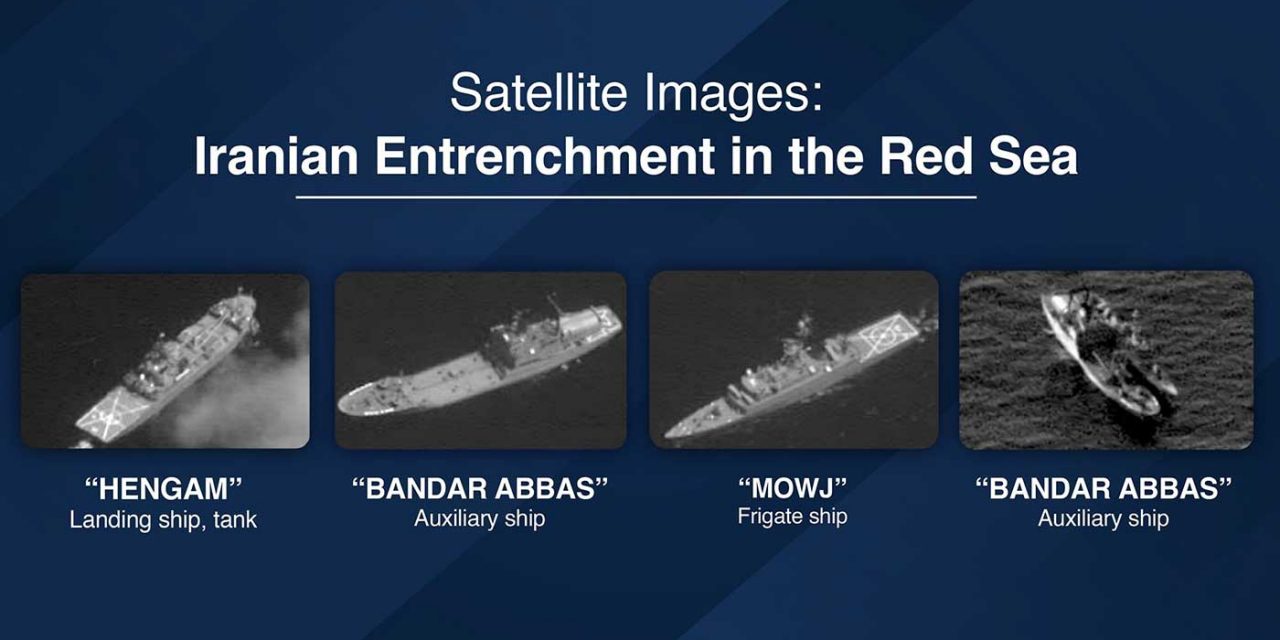 Defense Minister Benny Gantz on Tuesday revealed satellite images he said showed the “most significant” Iranian military maritime activity in the Red Sea in a decade.

“Iran is expanding its activities in the maritime arena. Over the last year, Iran has seized international tankers and attacked vessels. Today, we can confirm that Iran is methodically basing itself in the Red Sea, with warships patrolling the southern region,” Gantz told the Economist Government Roundtable conference held in Greece.

“You can see the ships in the satellite images behind me,” he said, pointing to a slide of the four Iranian military warships, as his Greek and Cypriot counterparts — with whom he met earlier in the day — looked on.

“In the last months, we have identified the most significant Iranian military presence in the area, in the past decade. It is a direct threat to international trade, energy supply, and the global economy,” Gantz added.

“It is also a direct threat to peace and stability in the maritime arena, which may affect the Mediterranean and beyond.”