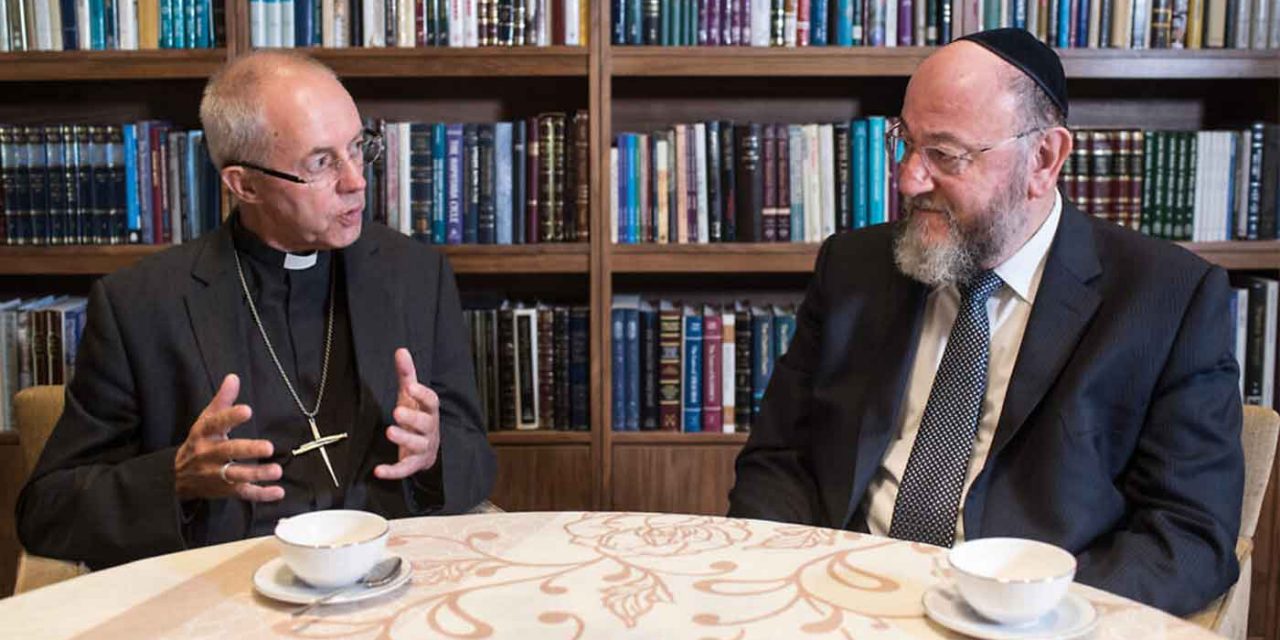 The Church of England will hold a repentance service for the medieval expulsion of Jews in 1290 and other anti-Semitic acts.

The move comes as the 800th anniversary of the 1222 Oxford Synod approaches next year, which introduced notorious anti-Semitic laws, including forcing Jews to wear clothing to distinguish them from Christians.

The plans for the symbolic act of repentance would mark the first time that the Church of England has directly apologised for the expulsion of Jews from the country.

Despite the Church of England not existing in the 13th century – until its creation hundreds of years later by Henry VIII – Church officials have apologised for the role of the church in England throughout history, and its part in stoking anti-Semitism, says the Daily Telegraph.

The plan was revealed in written questions to the General Synod, the Church’s legislative body.

In response to questions, the Bishop of Lichfield, Michael Ipgrave confirmed that the office of Justin Welby, the Archbishop of Canterbury, had received a proposal for a repentance service.

“We are exploring the idea of such a service to be planned in conjunction with the Council of Christians and Jews, as well as the potential for a liturgical resource that might be offered to local churches to model an appropriate symbolic repentance,” he said.

The move has been welcomed by David Rich, of Community Security Trust, who labelled the apology a case of “better late than never.”

“The historic trauma of medieval English antisemitism can never be erased and its legacy survives today – for example, through the persistence of the ‘blood libel’ allegation that was invented in this country,” he told media.

“But at a time of rising antisemitism, the support and empathy of the Church of England for our Jewish community is most welcome as a reminder that the Britain of today is a very different place.”

In 1290, King Edward I passed the Edict of Expulsion, a royal decree which remained in place for the duration of the Middle Ages, expelling all Jews from the country.

It was overturned only when Oliver Cromwell permitted Jews to return to England in 1657.