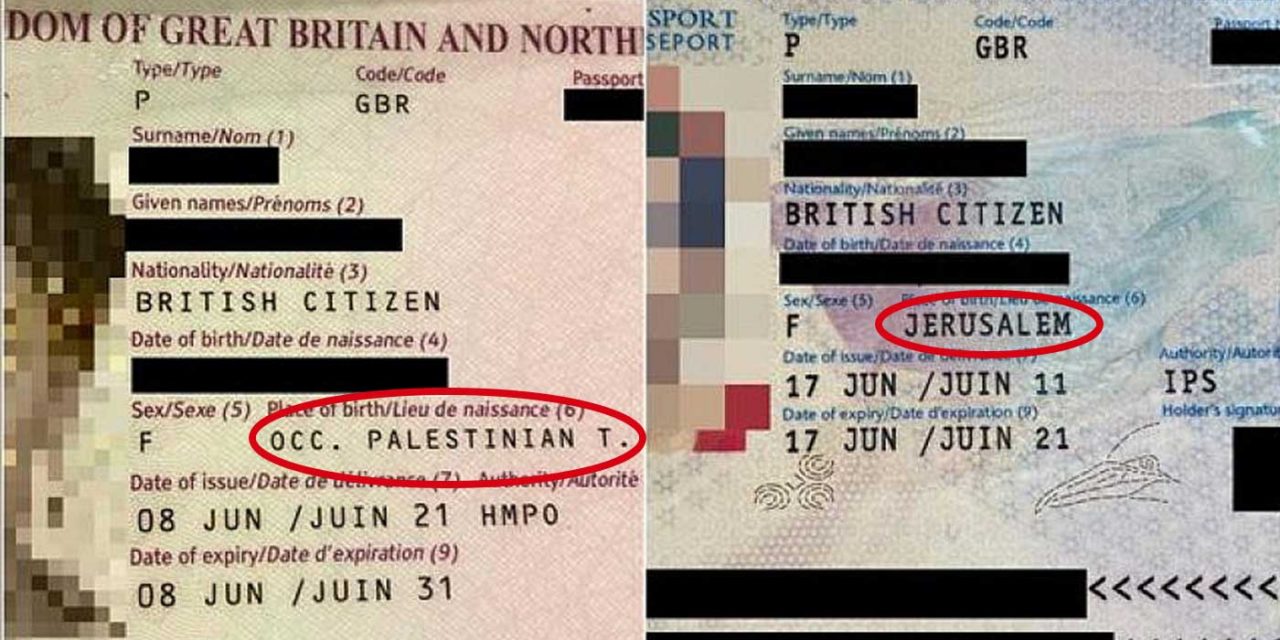 A Jerusalem-born British-Israeli woman was shocked to have her place of birth listed as “Occupied Palestinian Territories” instead of “Jerusalem”, prompting the Home Office to apologise for the “error”.

Ayelet Balaban was born at Hadassah Mount Scopus Hospital in Jerusalem which lies clearly within undisputed Israeli territory and has never been listed by the British government as part of the Palestinian territories. However, when she applied for an updated passport this year her place of birth was changed.

“How do I get around with a passport like this? This is my private passport,” she said.

Ms Balaban was clearly upset by the situation which was compounded by the way Israel has been attacked by the terror group Hamas and how public opinion has been distorted against Israel through biased media reports following the Israel-Gaza conflict.

“We’ve just been trying to lick our wounds and it has been really shocking for me,” she said.

Balaban explained that she thought she may have put the wrong information on the form. “I thought that maybe they were confused, because I live in a moshav of Jewish evacuees from Gaza,” she explained, speaking of an Israeli town in Judea (the West Bank) in territory that is disputed.

However, when she checked the form she filled in it was clear that her place of birth had been changed from what she input on the system. This change could be a mistake in the system or possibly by an individual working in the passport office purposely changing it.

A British Home Office spokesperson said: “We apologise for this error and are urgently investigating how this has occurred. We will contact Ms Balaban about the issuing of a new passport showing the correct place of birth.”

A new passport has now been issued to Ms Balaban with her birthplace correctly listed as “Jerusalem”.

The UK currently views Jerusalem as disputed and has not recognised sovereignty over Jerusalem pending a final determination of its status which the government expects to be resolved through direct negotiations between Israel and the Palestinians.