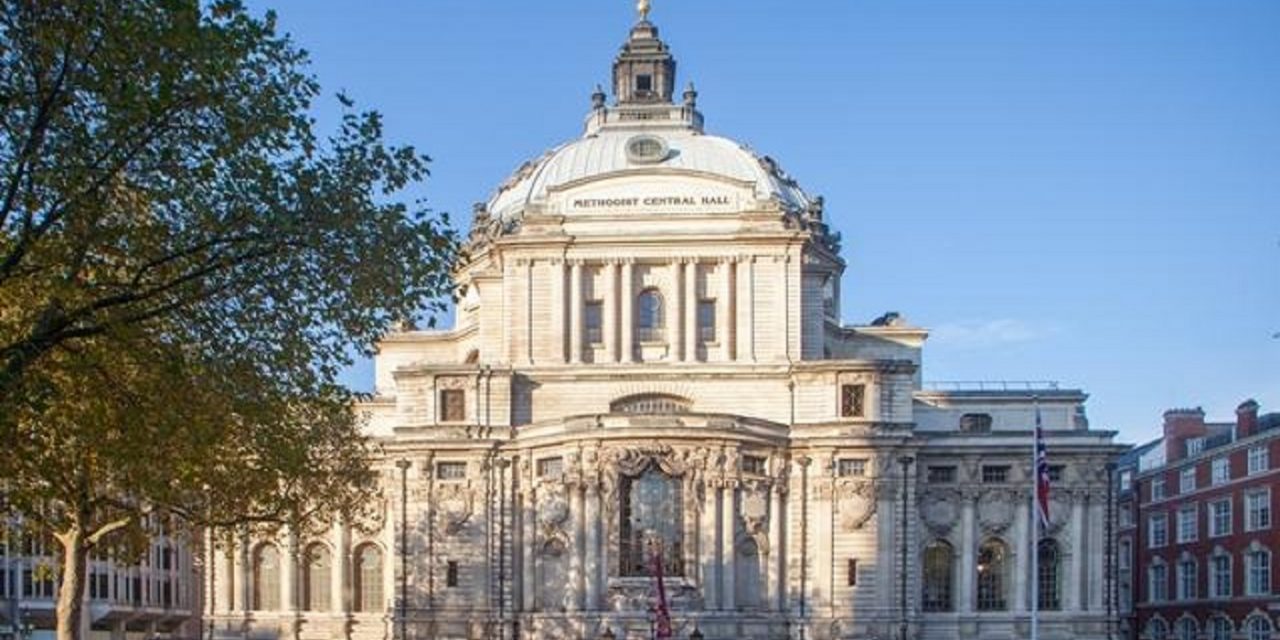 Methodist Church leaders in the UK have backed a series of hard-line anti-Israel motions ahead of their annual conference, from describing Israel as an ‘apartheid state’, calling for Israeli boycotts, blaming Israel for Christians living under Palestinian control and even criticising Israel’s ‘self-promotion’ of its Covid success.

According to a report by Jewish News, motions supported by its leadership include blaming the Jewish state for the “deteriorating situation” for Christians in Gaza and the West Bank. Meanwhile guidance notes for next Monday’s conference back calls from Circuit Meetings and District Synods to condemn Israel as an “apartheid state” and to promote BDS, the boycotting of Israeli goods.

According to the report, leaders have also said they are “grateful” for another motion that accuses Israel of “self-promotion” over its successful Covid-19 vaccine rollout.

The guidance booklet, seen by Jewish News, also publishes a motion passed by the Birmingham Synod which states: “The Synod is deeply disturbed by the plight of Palestinians living in Gaza and the West Bank, who have now lived under Occupation for over fifty years, for whom the last four years have been especially difficult…”

The Memorials (motions) to the Conference guidance fail to point out that the plight of Christians is happening in areas controlled by Palestinian Authority and Hamas leadership, whereas Arab Christians living in Israel do so under religious freedom rarely enjoyed elsewhere in the region. Nor is it mentioned that Christians living in Israel do so under freedoms rarely found in other countries in the region.

The same motion from the Birmingham Synod then adds: “We have been further dismayed at Israel’s self-promotion in being foremost in rolling out the Covid vaccine, while at the same time severely limiting its access for Palestinians,”

The claim that Israel is withholding vaccines for Palestinians is a false and has been debunked, yet is being weaponised by the Methodist Church to smear and deligitimise Israel. The “dismay” at Israel’s lauded success in rolling out the Covid-19 vaccine in Israel is also a deeply worrying sign of possible resentment towards Israel. It also blatantly ignores how Britain sought advice from Israel in bilateral discussions about the UK’s vaccine roll-out.

Referencing a previously published report into Israel/Palestine titled “Cry for Hope” the conference notebook address the issue of annexation in areas of the West Bank and the Jordan Valley, even though it is currently off the agenda.

Calling for a military embargo when Israel has a duty to protect its own civilians from terror rockets also suggests the church leadership have succumb to the radical propaganda that sides with terrorists rather than the Jewish state’s efforts to protect Jews and Arabs in Israel as well as the Palestinian territories.

On the issue of BDS the Methodist leadership “commend the Cry For Hope to the Methodist People, encouraging them to endorse it and act on its recommendations including through divestment and sanctions in relation to companies supporting the Occupation in any way.”

The effort to Boycott, Divest from and Sanction (BDS) Israel, is an anti-Semitic movement whose end goal is the destruction of the Jewish State. BDS activists have repeatedly acknowledged that “The real aim of BDS is to bring down the state of Israel.”

The guidance also state: “The Conference notes that the report argues it is time for the international community to recognise Israel as an apartheid state in terms of international law.”

Denoting Israel as an apartheid state is not only categorically baseless, but is also a possible breach of the IHRA definition of anti-Semitism. The definition has been adopted by the UK government, councils and other institutions across the country, including the Church of England. Requests made by CUFI for the Methodist Church to adopt the definition were ignored.

The briefing notes do make a weak reference to the rising tide of the antisemitism in the UK, but only in relation to the “occupation and blockage” in the West Bank and Gaza.

It says,“Conference remains aware of the desperate situation in the West Bank and Gaza bought about through occupation and blockage and also of the increased reporting of antisemitism in the UK. This Conference calls to mind its previous resolutions appealing for solidarity with all and for constructive dialogue that is alert to (the) presence of racism and antisemitism in the UK and beyond.”