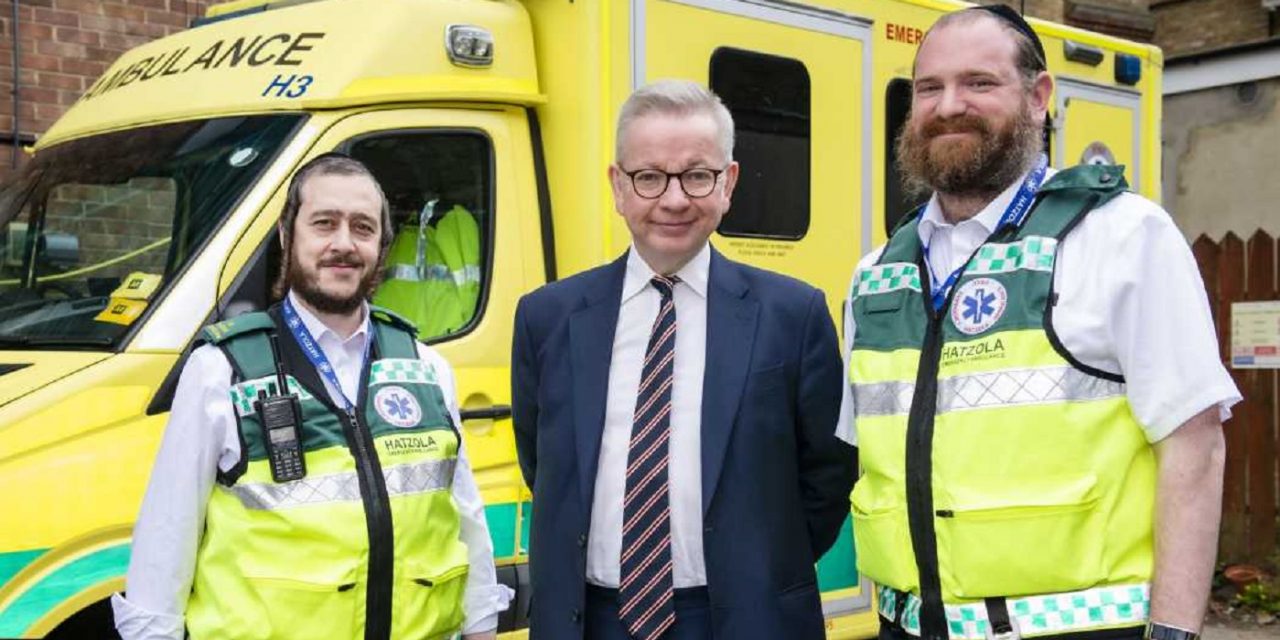 The movement to boycott Israel is fuelling antisemitic incidents in the UK and is even directly linked to recent attacks in the London borough of Stamford Hill, according to Communities Secretary, Michael Gove.

Speaking while visiting the Charedi community in north London, the Minister pledged a Bill to prohibit public bodies supporting the BDS (Boycott, Divestment, Sanctions) campaign. Mr Gove said the Bill would be published in July or September, and enacted by the end of the current Parliament.

According to the Jewish Chronicle, Gove said the BDS movement fed into antisemitism that threatened to “take us back to the darkest place humanity has known”.

Mr Gove said: “Let’s be clear: the BDS campaign is not about running an ethical foreign policy. The BDS campaign is designed for only one purpose: to attack and delegitimise the State of Israel and the idea that there should be a Jewish state at all.”

He added: “That campaign has not only undermined efforts for peace in the Middle East. It also leads to community tension in the UK. We’ve seen an increase in antisemitic incidents and the BDS campaign is a driver of that. We have got to make it clear that local authorities and other public bodies should not be running campaigns that subvert the United Kingdom’s foreign policy and exacerbate community tension.

Earlier today we were honoured with a visit at our HQ by The Rt Hon @michaelgove Secretary of State for Levelling Up, Housing & Communities @luhc.

Mr Gove expressed his firm support and gratitude for the lifesaving work we do. pic.twitter.com/BnBcgjGIZm

“I have talked to Labour MPs who understand the importance of fighting antisemitism and who want support this legislation, which I’m grateful for. It’s critically important that we call out the BDS campaign for what it is: an explicitly antisemitic campaign.”

Asked by the JC whether he saw a connection between BDS and the recent spate of violent antisemitism in the Stamford Hill area, Mr Gove said: “Absolutely. The way in which certain people, some ex-politicians, some academics, others in activist movements have used rhetoric like that is, to my mind, unacceptable.

“I believe in free speech, of course. But I don’t think you should use public money or public institution to run campaigns that encourage hate of that kind. It is simply wrong to equate apartheid South Africa with Israel, and the attempt to do is an attempt to delegitimise the Jewish state. The rhetoric of the BDS campaign towards Israel is a classic example of double standards – one of the oldest ways in which antisemitism manifests itself.

“A Jewish state is held to different standards than other states, and when you compare the furious energy behind the BDS campaign with some of the other atrocities that genuinely deserve our attention; when you compare it with what we should be looking at in Ukraine and Xinjiang and elsewhere, it’s remarkable that people are concentrating their campaigning energy against Israel, a democratic state that protects the rights of all its people, whatever their ethnic background of faith.

“We know that what begins as prejudice against the Jewish people takes us to the darkest place humanity has known. We have been warned and we need to take a stand.”