Australia: Jewish boy forced to kiss the feet of Muslim classmate and beaten 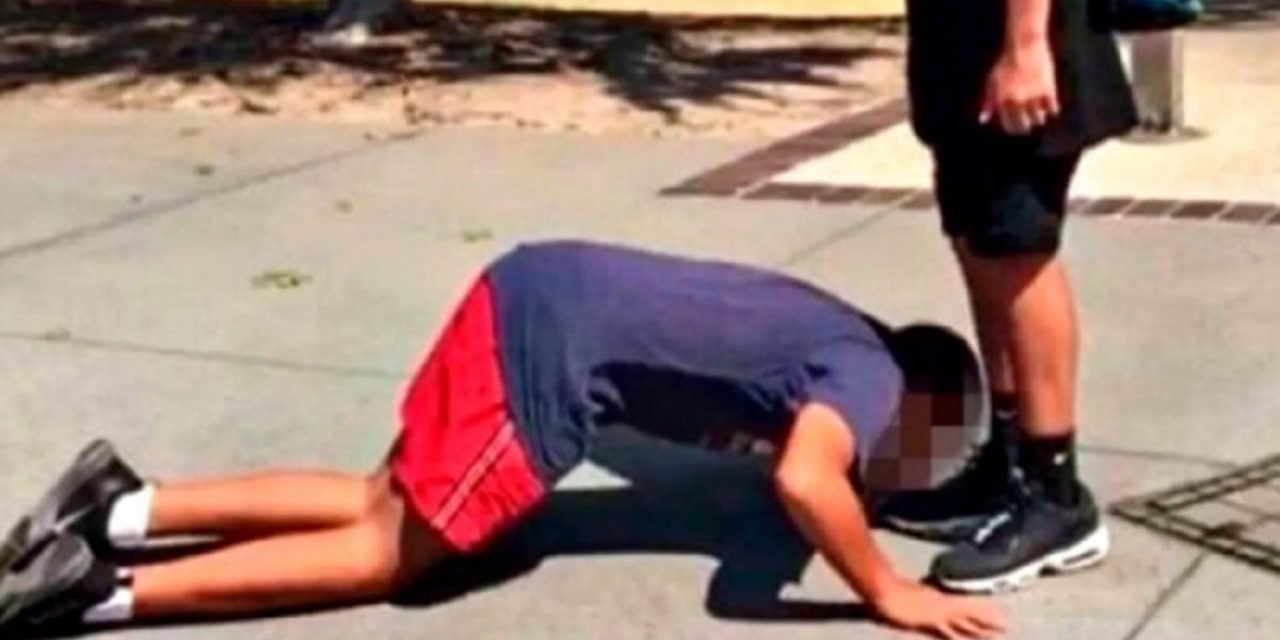 A 12-year-old Jewish student in Melbourne, Australia, was forced to kneel down and kiss the shoes of a Muslim classmate and was physically attacked.

The boy was told that  if he did not do it he would be beaten up by nine other children in a park.

The boy has since left  Cheltenham Secondary College where the incident occurred.

Because the incident happened in a public park and not on school grounds, the school and education officials have denied having responsibility for the incident and no disciplinary action has been taken, said the mother of the victim, according to The Age.

The Jewish boy’s mother said her son “was punched in the face and left with a bruised back and had skin gouged out of his shoulder,” said the newspaper.

“I took such offense with the Education Department because there was nothing they did to protect my son at all, at any point in time,” she said, as quoted by the newspaper.

The mother added that she contacted the parents of the Muslim student and they were horrified by their son’s actions.

One of the boys who watched the incident take place was later “suspended for five days for assaulting the Jewish student in the school locker room,” The Age reported.

Meanwhile also in Melbourne, reports have emerged of a five-year-old boy who was called a ‘Jewish cockroach’ and repeatedly hounded in  school toilets by his young classmates.

A day after it published these revelations in an article, The Age printed an editorial in its Friday edition.

“Deeply disturbing instances of anti-Semitic intimidation and harassment have emerged in this city, episodes that must be categorically condemned by political and community leaders,” wrote the Melbourne-based paper, indicating that there have been other acts of anti-Semitism, as well.

“These incidents portray a deliberately pointed form of religious bigotry, one that is intended to cause fear and ostracize a group of people for the sole reason that they follow the Jewish faith,” said the editorial, adding: “It must end.”

It said that “schools have a role. So do parents and friends, education systems, community groups and, especially, political leaders.”