Why this photo should spark the world’s attention 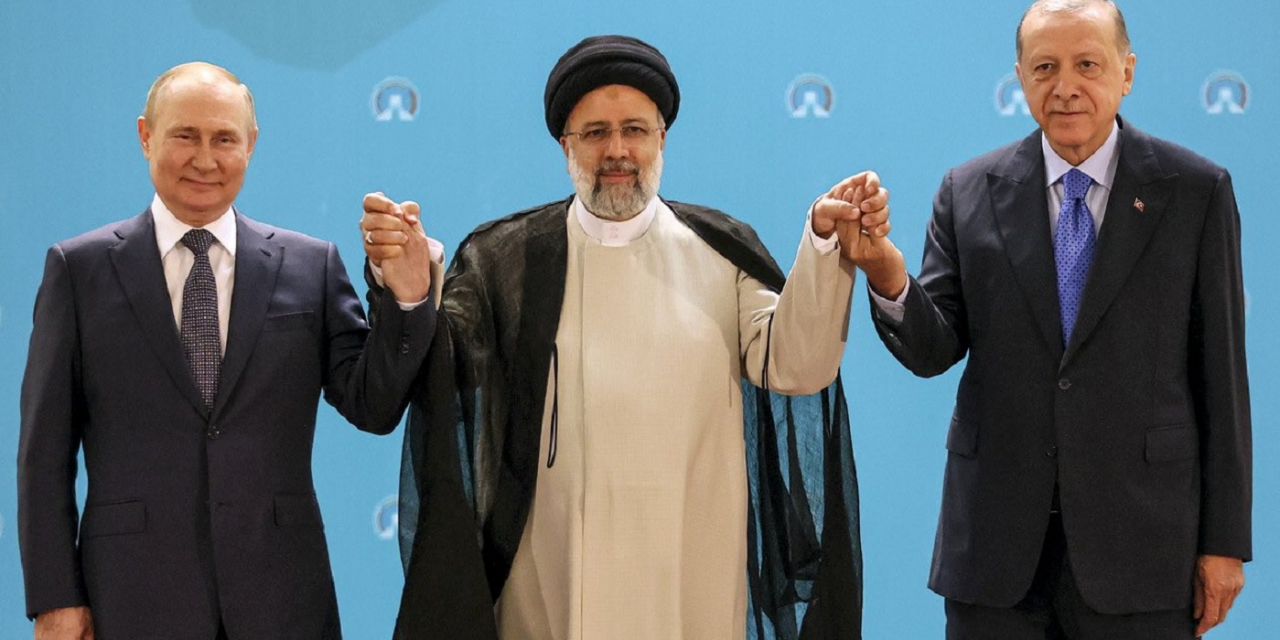 Holding hands in front of the cameras this week in Tehran, Russia’s Putin, Iran’s Raisi and Turkey’s Erdogan wanted to show a united front against the West that should warrant concern for Israel and what many regard as consistent with Bible prophecy.

It was Vladamir Putin’s first overseas visit outside the former USSR since Moscow’s invasion of Ukraine and signals a move towards closer ties with Iran. On one hand, the three countries don’t see eye-to-eye on many issues, not least Turkey’s involvement in Syria and role in NATO. But all three are seemingly united when it comes to their shared strategic interests.

“The contact with Khamenei is very important,” Yuri Ushakov, Putin’s foreign policy adviser, told reporters in Moscow about Putin’s meeting with Iran’s supreme leader. “A trusting dialogue has developed between them on the most important issues on the bilateral and international agenda.”

“On most issues, our positions are close or identical.”

Putin’s visit follows President Biden’s visit to Israel and Saudi Arabia and comes amid reports that Iran is now claiming to have reached “the technical ability to build a nuclear bomb,” according to Kamal Kharrazi, who heads an advisory board linked to Iran’s leadership.

The union should demand the world’s attention. In their meeting, Iran’s supreme leader told Putin regarding Russia’s invasion of Ukraine, “If you did not take the initiative, the other side would have caused the war with its own initiative.”

The Iranian regime is continually threatening Israel with destruction and is a threat to the West. If Iran is on the verge of nuclear weapon capability, with the mentality expressed in agreement with Putin, who can trust that Iran would not do the same.
The US, UK and allies must not simply overserve. They must act before its too late.

The meetings in Tehran were expected to include the Ukrainian Black Sea grain exports as well as the conflict in Syria, but the trilateral talks also send a strong message of Moscow’s efforts to forge strategic ties with Iran, China and India in the face of Western sanctions.

The three leaders agreed to continue consultations and cooperation to “eliminate terrorists” in Syria, in a statement following their meeting.

The three countries “reaffirmed the determination to continue their ongoing cooperation in order to ultimately eliminate terrorist individuals, groups, undertakings and entities, while ensuring the protection of the civilians and civilian infrastructure in accordance with international humanitarian law,” the statement read.

Russian President Vladimir Putin, who is on a visit to Tehran, met with his Iranian counterpart Ibrahim Raisi#iran #russia#breakingnews pic.twitter.com/rHEC2xFSMP

Putin called the summit “truly useful and rather substantial,” describing the atmosphere as “businesslike and constructive.” He also invited Raisi and Erdogan to visit Russia for a follow-up meeting “before the end of the year.”

In a separate meeting with Raisi, Putin said that Iranian-Russian relations “are developing at a good pace.” The Russian leader said Moscow and Tehran will “strengthen their cooperation on international security and contribute significantly to the Syrian settlement.”

After his own meeting with Putin, Iran’s Supreme Leader Ayatollah Ali Khamenei called for strengthening “long-term cooperation,” according to a statement.

“The long-term cooperation between Iran and Russia is deeply beneficial to both countries,” Khamenei said, according to his official website, which also noted that both countries are under Western sanctions.

“There are many understandings and contracts between the two countries, including in the oil and gas sector, which must be followed up and implemented fully,” he added.

Khamenei told Putin that although Iran “is not at all happy that ordinary people” are suffering from the Ukraine war, the West was to blame.

“If you did not take the initiative, the other side would have caused the war with its own initiative,” Khamenei said.