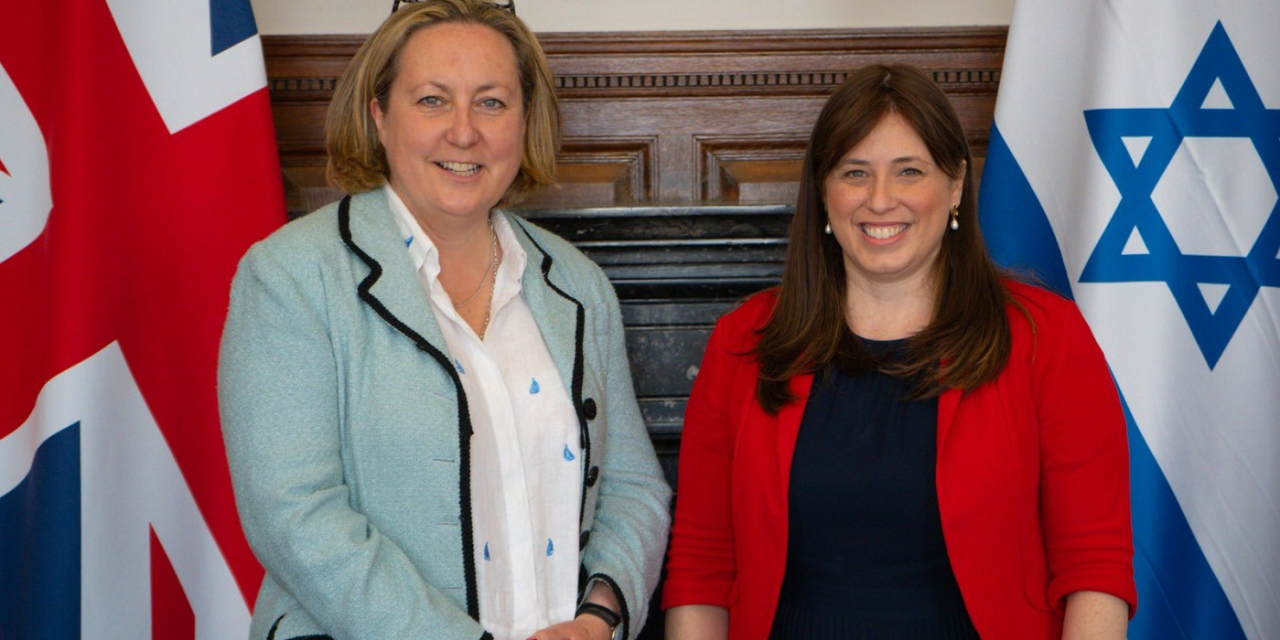 The UK and Israel have begun negotiations on a new free trade deal.

Trade Secretary Anne-Marie Trevelyan met Israeli Ambassador Tzipi Hotovely in London on Wednesday to begin the talks, which have been described as “once in a lifetime” opportunity.

Trade between the UK and Israel is currently worth £5 billion a year, but the existing free trade agreement only covers trade in goods, but a new deal will extend to services.

The UK hopes to take advantage of Israel’s booming services sector, which has grown by more than 50% in the past 10 years, and the Government expects a new agreement to boost UK services exports to Israel by £78 million per year.

Ms Trevelyan said: “The UK and Israel are both modern, hi-tech services superpowers, but our current trading relationship is based on an agreement from 1995, before smartphones, the internet and digitally delivered services transformed the global economy.

“We want a deal that will play to British strengths, while stimulating innovation and increasing opportunities for small and medium-sized enterprises across the UK. Combining the power of our economies in a revamped trade deal will boost trade, support jobs and help take our economic relationship to the next level.”

Lord Ian Austin, former Labour MP now sitting in the House of Lords, said, “The benefits for both countries could be huge. Trade between Israel and the UK is already worth £5 billion, supporting 6,600 UK businesses that between them provide 1.7 million jobs.”

Writing for the Jewish Chronicle, Austin said, “We already export clothes and cars, power generators and aircraft engines, medical equipment, scientific instruments and pharmaceutical products. 100 million items prescribed by the NHS each year come from Israel. Israeli IT and computer software are used by families and businesses every day.

“All that has been achieved with the current trading rules which were drawn up in the 1990s – before the internet transformed every area of the economy, long before the boom in service sectors in both countries and Israel’s emergence as an innovation super-power. Back then, no one was using smart phones, ordering goods online or delivering services digitally,” he explained.

“Relations between the two countries have never been stronger and the UK is developing a bespoke UK-Israel Bilateral Roadmap to enhance bilateral cooperation in areas like security, science, tech, cyber and trade.

So this period presents a once-in-a-lifetime opportunity to draw up a new trade deal for the next 30 years, with the UK stealing a march on other European countries and even much larger economies like the US to get a bigger share of Israel’s booming economy.

#Israel and the UK have just launched negotiations for a new trade deal!🇮🇱🇬🇧
The upgraded deal would expand a trading relationship already worth £5 billion a year. The agreement will benefit 6,600 UK businesses already trading with the #UK and their over 1.7 million employees. https://t.co/jd5jQb6KwY