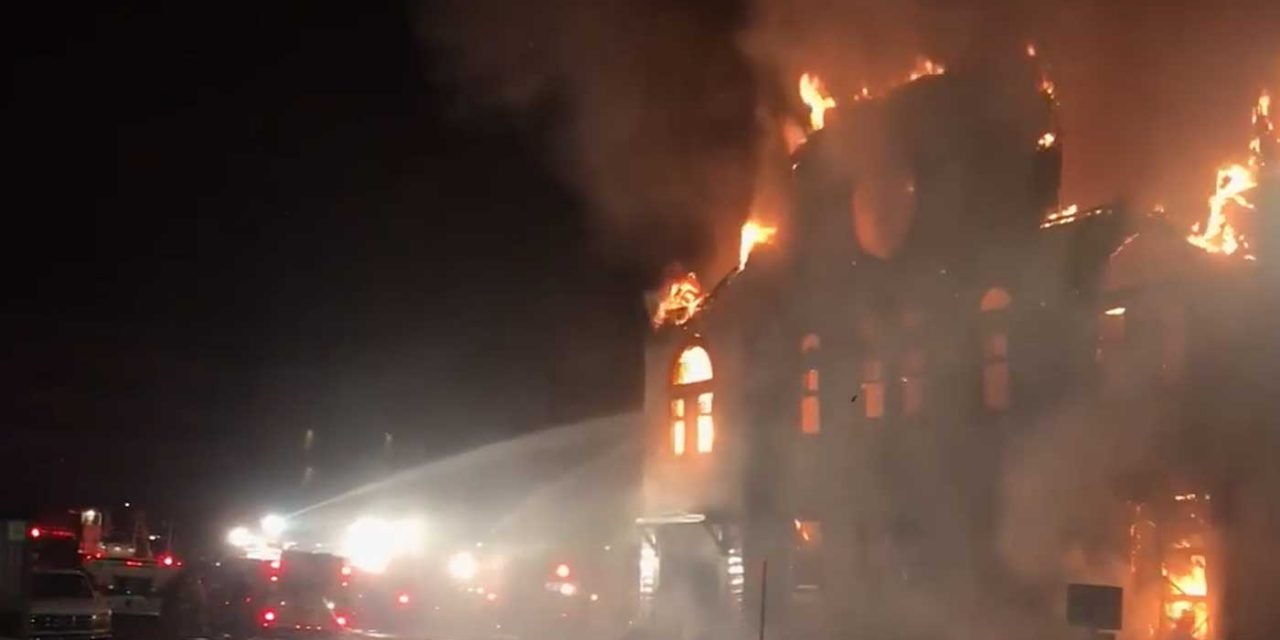 Adas Israel Synagogue in Duluth, about 155 miles northeast of Minneapolis, has been completely destroyed by fire after a man set fire to a succah outside the synagogue.

The fire was started early last Monday morning. The fire left the synagogue in ruins, but firefighters were able to save several religious relics including eight Torah scrolls that are important to the congregation.

Matthew Amiot, 36, was arrested last Friday in connection with the incident.

In a press conference on Sunday, Mike Tusken, the city’s police chief, said that while the department would recommend a charge of first degree arson, “based on all the information I have viewed, I have read, the investigators I’ve talked to, there is at this moment in time no reason to believe that this was a bias or hate crime.”

He did, however, state that “this may change as the investigation progresses.” Therefore, an anti-Semitic motive has not been ruled out.

Amiot is said to have used a lighter to set fire to a sukkah, a separate structure next to the synagogue, police said. The fire quickly spread to the main building nearby.

Debris from the collapse of the building struck a firefighter, who was knocked unconscious and hospitalized for a concussion.

The synagogue could not be saved and was deemed a total loss, according to court documents.

“I will not speculate as to the man’s motives,” Sher said. “And as a matter of fact, I would warn everybody that you’re innocent until proven guilty, and that’s America as it should be.”

“We’re not out for vengeance,” he added. “All I can find out of this event is sadness for everyone.”

Sher praised the efforts of firefighters and police, calling their actions “heroic.” Firefighters went back into the building, which was still on fire, Sher said, to save religious artefacts important to the congregation.