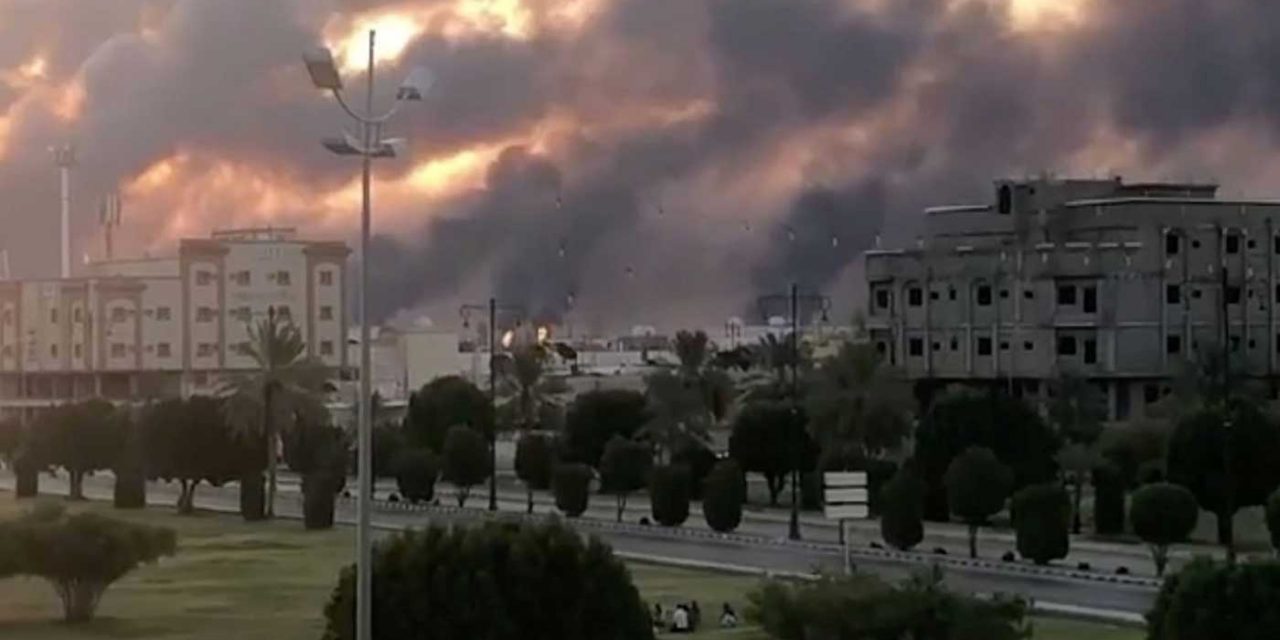 Yemen’s Houthi rebels, who are funded by Iran, claimed responsibility for the attack in what some claim is a tactic to draw attention away from Iran itself. ABC cited its source as saying that “the Houthis are claiming credit for something they did not do.”

The attack on Saudi’s largest oil processing facility and a major oil field took place on Saturday where drones and missiles were used to cause extensive damage to the site, halting the production of around half of Saudi’s oil supplies.

US President Donald Trump made it clear that he held Iran responsible and said to his Twitter followers that the US is “locked and loaded” depending on verification and were waiting to hear from the Saudis as to who they believe was behind the attack and “under what terms we would proceed!”

The US also released new evidence to back up their claims that Iran was the culprit of the attack.

UK Foreign Secretary Dominic Raab, who has spoken to US secretary of state Mike Pompeo about the incident, called it an “egregious attack on the security of Saudi Arabia”.

He wrote on Twitter: “This was a reckless attempt to damage regional security and disrupt global oil supplies. The UK condemns such behaviour unreservedly.”

Saudi Arabia says 5.7 million barrels a day of oil production were lost, and the supply of ethane and natural gas was also cut by around half, according to preliminary estimates.

Saudi Aramco, the state-owned oil giant, told one Indian refinery there will be no immediate impact on oil supplies as it will deliver crude from other sources, said a source with the refinery.

White House adviser Kellyanne Conway said the US energy department was prepared to tap into the strategic petroleum reserve if needed to stabilise the global energy supply.

The Saudi minister said the attacks were aimed not only at Saudi Arabia, but also at the world’s oil supply and its security.

US secretary of state Mike Pompeo said “there is no evidence the attacks came from Yemen” and called on “all nations to publicly and unequivocally condemn Iran’s attacks.”

This is not the first time Iran has attacked Saudi oil supplies. In June, Iran was blamed for four mine attacks on Saudi tankers in the Gulf, causing damage to the oil supplies and halting millions of barrels of oil from reaching their destination.

More recently, Iran has seized oil tankers from Saudi Arabia, the UK and the Philippines. They claim these tankers were “illegally transporting oil”, but the reality is Iran is trying to disrupt the oil supplies through terrorism.

Iran is a major oil producer, but its economy is being crippled by US sanctions after President Trump rightly pulled out of the Iran Nuclear Deal. In order to keep Iran happy, European nations have given in to their demands, but this attack on the Saudi oil field is a major escalation and should be a wakeup call to the nations appeasing Iran.