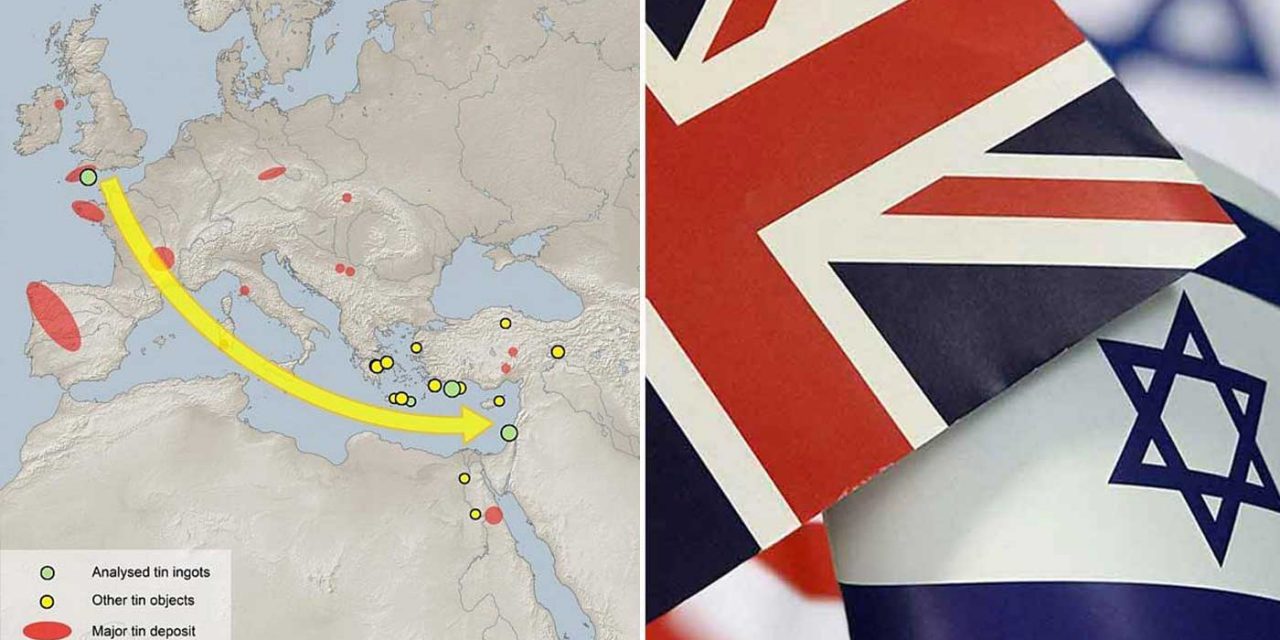 When the Bronze Age hit ancient Israel, the copper-rich region was able to quickly source seven of the eight ingredients needed to produce the alloy at Timna and other mines. But where tin — another one-eighth of the metal’s recipe — came from has been a lingering mystery for scholars. A new paper from an international team of researchers proposes a surprisingly faraway source — Cornwall.

In a paper published in June on the open-access, peer-reviewed scientific journal PLOS One, the authors analyze 27 tin ingots, or blocks, from five sites bordering the eastern Mediterranean Sea. For decades, researchers have debated the origin of tin used in ubiquitous precious bronze throughout the Levant during the eponymous era, from the late fourth and third millennia BCE. Hypotheses have swung from close-by Turkey, central Asia, or far-flung France and Britain.

In their paper, “Isotope systematics and chemical composition of tin ingots from Mochlos (Crete) and other Late Bronze Age sites in the eastern Mediterranean Sea: An ultimate key to tin provenance?” a team of interdisciplinary scientists from Mannheim, Germany; Greensboro, North Carolina; Merano, Italy; and Haifa have what they call solid proof of where — and where not — the precious tin was likely mined.

“Bronze was used to make weapons, jewelry, and all types of daily objects, justifiably bequeathing its name to an entire epoch. The origin of tin has long been an enigma in archaeological research,” said Prof. Dr. Ernst Pernicka in a press release this week. Study co-author Pernicka, now retired, worked at both the Institute for Earth Sciences of Heidelberg University and the Curt Engelhorn Centre for Archaeometry.

The scholars used an earth-shattering approach to figure out the mine’s locus. “By using a combined approach of tin and lead isotopes together with trace elements it is possible to narrow down the potential sources of tin for the first time,” they write.

The most logical source? According to the authors, the most likely suppliers of the 13th–12th century BCE tin ingots from Israel are tin mines from Cornwall and Devon.