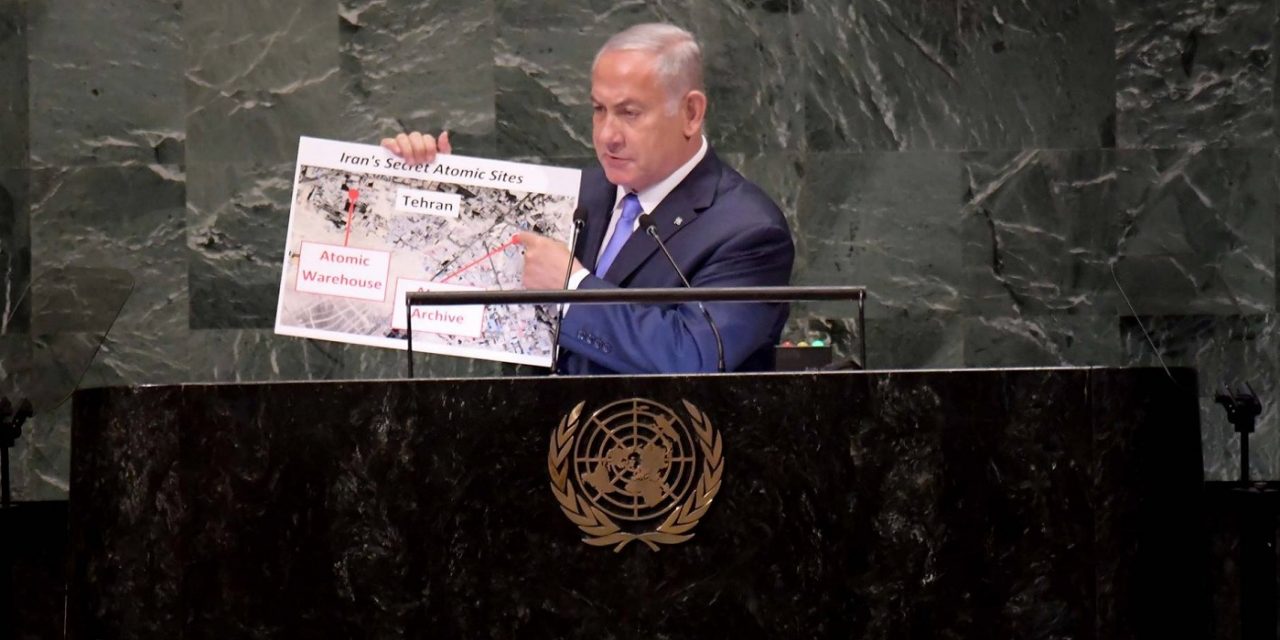 Inspectors from the UN’s nuclear agency have found traces of radioactive material at a building in Tehran that Prime Minister Benjamin Netanyahu identified last year as a “secret atomic warehouse,” an Israeli television report said on Thursday.

Inspectors from the International Atomic Energy Agency visited the site several times after Netanyahu identified it in an address to the UN General Assembly last September, took soil samples, and have now definitively concluded that there were “traces of radioactive material” there, Channel 13 news reported.

In an initial response to Netanyahu’s UN speech, Iranian state media claimed the warehouse was actually a recycling facility for scrap metal. But the IAEA inspectors, who last visited the site in March, have reached a “definitive conclusion” that “there were traces of radioactive material” there, Channel 13 said, and are currently preparing a report on the matter.

The TV report noted that “the storing of radioactive material in a secret facility without informing the IAEA is a breach of the Treaty on the Non-Proliferation of Nuclear Weapons [NPT], to which Iran is a signatory.”

Indicating that Washington is also aware of the IAEA inspectors’ findings, the TV report said that Israel and the US expect the agency to issue a public report on the matter shortly.

Holding up a poster-board map of an area near Tehran, Prime Minister Netanyahu told the UN General Assembly in 2018 that Iranian officials were keeping tons of nuclear equipment in a warehouse near a rug-cleaning operation.

“You have to ask yourself a question: Why did Iran keep a secret atomic archive and a secret atomic warehouse?” Netanyahu asked the world leaders. “What Iran hides, Israel will find,” he stated.

The IAEA reportedly investigated the allegations and confirmed that Iran has indeed been storing illicit nuclear materials in the warehouse.

Netanyahu expressed his appreciation for Trump’s intention to increase sanctions on Iran, the spokesman said.

Recently-appointed Foreign Secretary, Liz Truss, said she is ‘absolutely determined’ to secure the freedom of Nazanin Zaghari-Ratcliffe following a meeting with her Iranian...
Read More

Iran, emboldened by the messy U.S. withdrawal from Afghanistan, is betting that its new hardline cabinet — including Deputy Foreign Minister Ali Bagheri Kani — can force concessions in...
Read More

A group of unknown hackers have released footage from inside Iran's notorious Evin prison that shows the brutality of the prison and how inmates are abused and exploited by...
Read More
Share
Tweet
Email
More
400 Shares