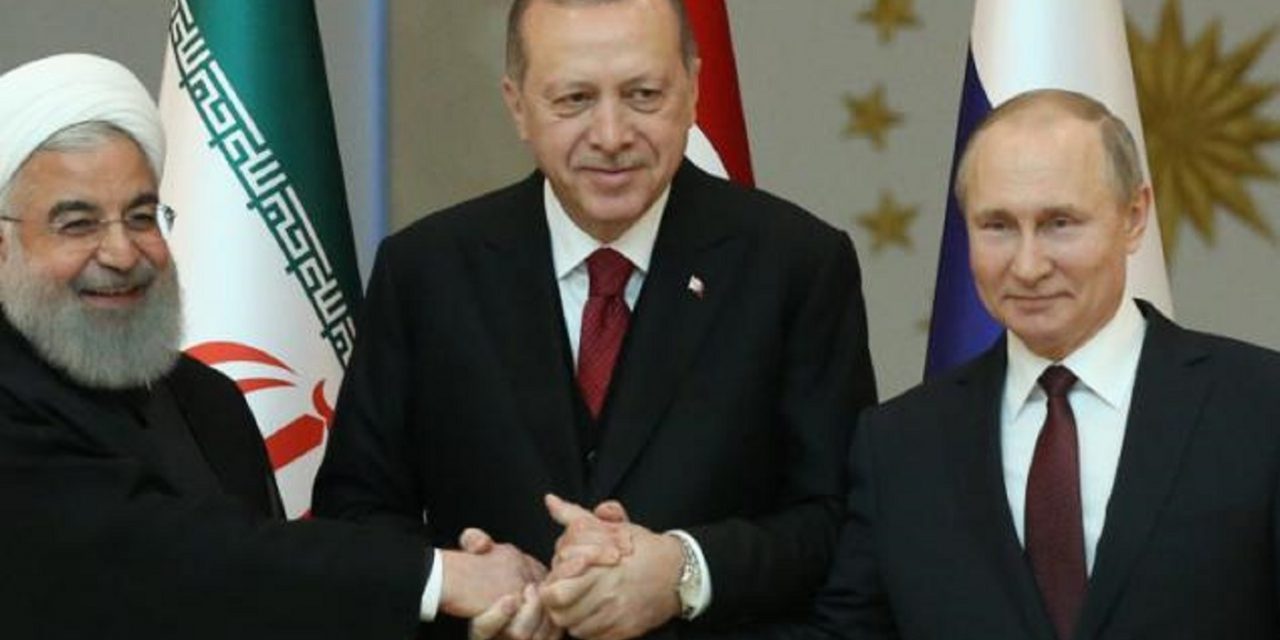 During the Ankara meeting, Iranian President Hassan Rouhani reportedly told his counterparts that one of the biggest problems in Syria is Israeli and American aggression, adding that Israel’s “illegal behaviour” in Syria “increases tensions in the region,” according to Israeli broadcaster Channel 13.

“The presence of American military forces in a United Nations member and independent country such as Syria endangers its territorial integrity and national sovereignty,” Rouhani said at the start of the summit. “American forces should leave the country at once.”

Israel has carried out hundreds of air strikes in Syria in the past few years against Iranian and Hezbollah targets in order to prevent Russian-allied Tehran from gaining a military foothold on Syrian territory from which it can attack the Jewish state.

At the summit press conference, Putin praised Iran for making a “significant contribution to the elimination of terrorists” and the launch of the “political process in Syria,” according to an English translation of his remarks provided by the Interfax News Agency.

The Russian president also took the opportunity to offer to sell Saudi Arabia its missile defense systems in the wake of the weekend attack on its oil facilities.

“We are ready to help Saudi Arabia so that she can protect her territory.

His comments come after the Kremlin warned against a hasty reaction to the strikes, which Washington has blamed on Iran.