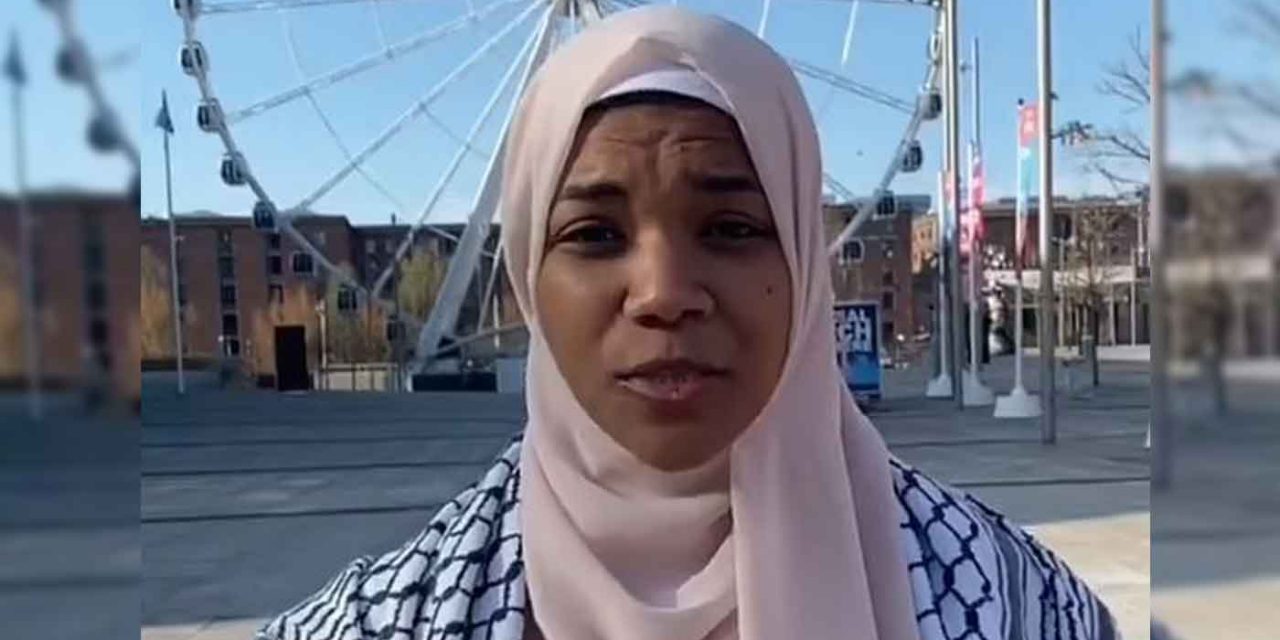 The government has “temporarily disengaged” with the National Union of Students following recent allegations of antisemitism and apparently called for an investigation into its recent election of Shaima Dallali as leader.

The government’s unprecedented decision means the NUS will not receive any government funding and will be removed from all Department for Education groups, such as the Office for Students and the Student Loans Company.

Education Secretary Nadhim Zahawi said, “I am seriously concerned to hear of so many reports of alleged antisemitism linked to the NUS.

“Jewish students need to have confidence that this is a body that represents them, and we need to be sure that the student bodies that we engage with are speaking fairly for all students, which is why we are disengaging with the NUS until the issues have been addressed,” he continued.

“From the NUS’s initial response to our concerns, I am confident that they are keen to take action and welcome further updates from them. Antisemitism has no place in our society and we will stamp it out, wherever it occurs.”

Higher and Further Education Minister Michelle Donelan said she was “horrified at the thought of Jewish students feeling ostracised “by an organisation which should be a voice for their community and an advocate of equality for all students.”

“Although this was a decision that the Department did not take lightly,  she said, “we have been clear that antisemitism must be stamped out of the sector and are treating these allegations with the utmost seriousness.

“Whilst our door is not closed to the NUS, our message could not be simpler,” she added, “We need decisive and effective action in response to these repeated allegations of antisemitic behaviour. We are glad that the NUS has started to respond and are ready to work with them again when sufficient action has been taken.”

According to a report by Jewish Chronicle, a source told the paper that Universities Minister Michelle Donelan wrote this week to Civica Election Services, which officiated in the recent election of Shaima Dallali, asking that it conduct an investigation.

According to the source, the reason for the probe is that Rule 8 of the NUS’s “core rules” state that all candidates for office “must have a commitment to anti-racism… and antisemitism as per the IHRA definition”.

Problem with the IHRA definition of antisemitism

According to the JC, left-winger campaigners such as Ms Dallali have long opposed the IHRA definition, which has been adopted by all Britain’s main political parties, more than 95 universities, 200 other higher education colleges and many other public and private-sector bodies.

The JC says it has unearthed numerous social media posts “liked” by Ms Dallali which opposed the IHRA definition and called for students at her own institution, City University, to reject it in a referendum on the issue, held in March 2021.

They were posted by City Friends of Palestine, the society that Ms Dallali founded and headed before becoming a full-time union officer.

One read: “Vote Yes, reject the IHRA definition of antisemitism”. Another, posted by a Palestinian student, stated: “Israel is a racist endeavour… not rejecting the IHRA means rejecting my lived experience.”

The referendum rejected the IHRA definition by a two-thirds majority.

The Union of Jewish Students (UJS) said that during the recent presidential campaign, it tried to ask Ms Dallali what she thought of the IHRA definition and invited her to attend a hustings, warning that this was one of the questions that would be asked. “The President-elect was unable to attend the hustings and failed to send videos clarifying her position, as was requested,” UJS president Nina Freedman said.

Jonathan Turner, from campaign group UK Lawyers for Israel, told the JC it was considering the possibility of a legal claim against the NUS to contest the election’s legitimacy.

Former NUS president and Labour MP Lorna Fitzsimons said: “NUS has a long and proud history of standing with the Jewish community against antisemitism. It never fails to astound me how many people don’t understand how endemic antisemitism is and don’t recognise it as out-and-out racism. The aim of delegitimising the definition is so people can say they aren’t antisemitic when they actually are. It is also taking away the right of self-determination of the Jewish people.

“NUS must do everything to ensure that it is maintaining its highest traditions of integrity.”

“A feeling of insecurity amongst Jewish students”

In a statement about its decision to disengage from the NUS, the government said, “The allegations of antisemitism, which have been well-documented and span several years, have prompted a feeling of insecurity amongst Jewish students across the country and a worry systemic antisemitism within the organisation is not being properly addressed.

Although the NUS has shown a willingness to respond to concerns expressed by ministers, including beginning to kickstart a process of independent investigations, this will need to lead to substantive action. This decision to disengage from the NUS will be kept under review as the organisation demonstrates it has suitably addressed these issues.

IsraAID is launching a humanitarian response to the earthquake that struck eastern Afghanistan on June 22 and killed at least 1,000 people, injured more than 1,600 and damaged thousands...
Read More
Share
Tweet
Email
More
511 Shares