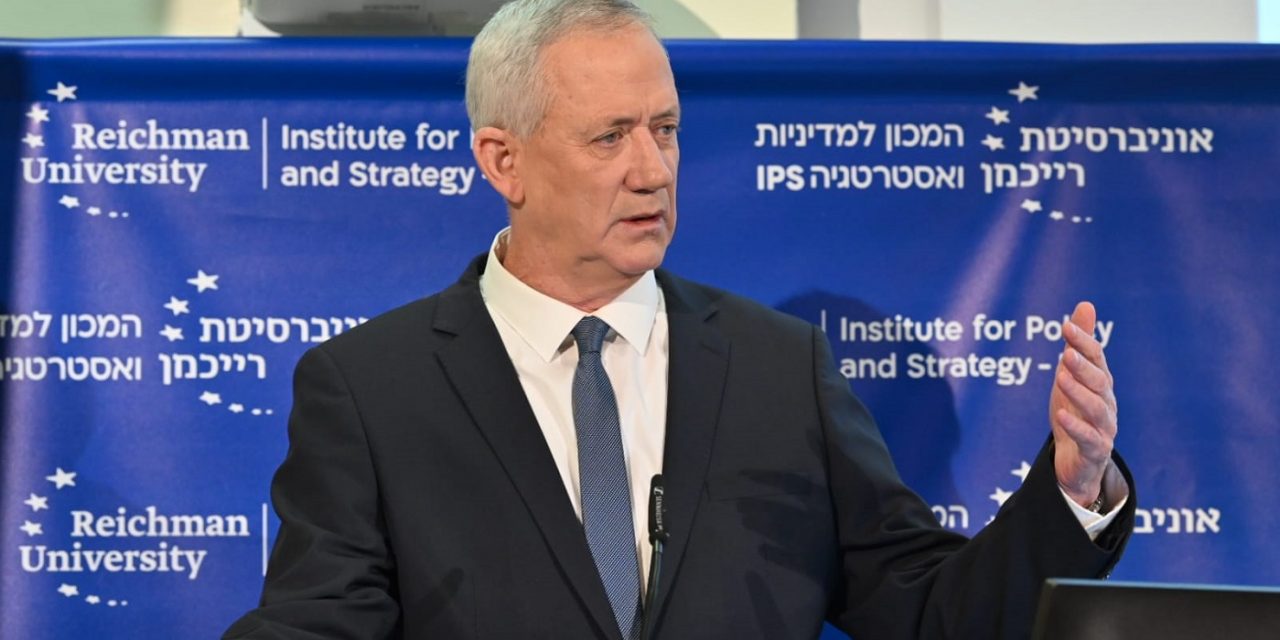 Israel’s minister of defense has said the cost of dealing with Iran is higher now than a year ago, but less than it will be in a year, adding that Iran is just a “few weeks” from being able to make a nuclear bomb.

In an important speech, Benny Gantz revealed to Iran that Israel knows exactly where the Iranians are building a new underground site for a thousand new centrifuges, what Iran has developed, and how long it is going to take the Iranians to prepare  – effectively putting Iran on notice.

According to Gantz, Iran is working on advanced uranium centrifuges at new underground sites being built near its Natanz nuclear plant, providing figures that appeared to extend beyond those published by the International Atomic Energy Agency.

“The price of this future war can be spared or mitigated by applying various multidimensional pressures, by the entire world, through broad regional and international cooperation. The price for tackling the global and regional challenges posed by Iran is higher than it was a year ago and lower than it will be in a year,

“The cost of such a future war, which we hope will not happen, can be prevented or reduced with tougher negotiations by world powers,” he said.

According to a report by the IAEA in March, Iran had installed or planned to install a total of three IR6 cascades, amounting to around 660 machines. IAEA Director-General Rafael Grossi said the machines were moved from Karaj, near Tehran, to the new location, which he said was some three floors belowground, possibly to protect it from airstrikes.

“Iran is making an effort to complete the manufacturing and installation of 1,000 additional advanced IR6 centrifuges in its nuclear facilities, including new facilities being built at underground sites abutting Natanz,” Gantz said in a speech at Reichman University in Herlizya.

Iran, said Gantz, “continues to accumulate irreversible knowledge and experience in the development, research, production and operation of advanced centrifuges. It stands just a few weeks away from obtaining fissile material needed for a first bomb.”

At the beginning of his speech, the defense minister linked the war in Ukraine, where he said Israel was in the right place “ethically and strategically,” to the Iranian threat.

“One of the lessons from the war in Ukraine is that it’s correct to mobilize economic, diplomatic, and if necessary, military might, as soon as possible, to perhaps prevent war. This is true regarding our situation with Iran,” Gantz said, calling for a multipronged regional and global pressure campaign against the Islamic republic to stave off possible war.

Meanwhile, the number of strategic weapons such as long-range missiles and drones in the hands of Iranian proxies has increased “significantly” over the past year, including in Syria, Iraq and Yemen, the defense minister noted.