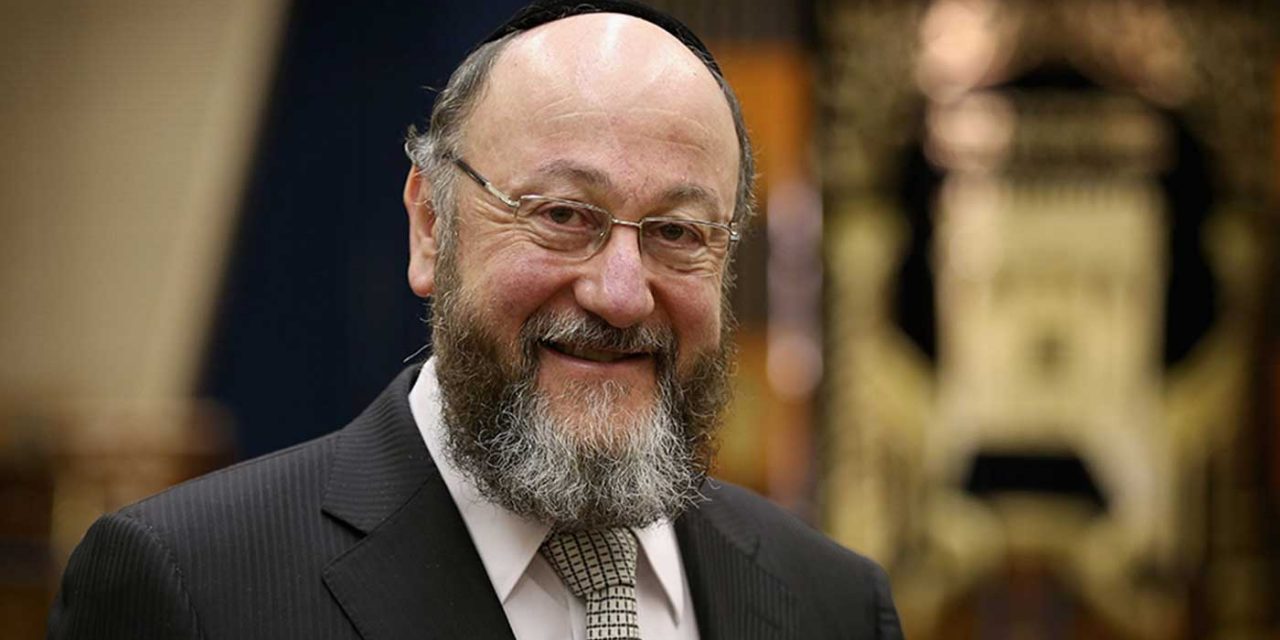 The UK’s chief rabbi has condemned the actions of the Methodist Church after they adopted anti-Israel resolutions, such as supporting the BDS movement and condemning Israel for alleged grievances while ignoring rising anti-Semitism in the UK along with the ungodly actions of the Palestinian leadership.

The motions that passed showed how a once-great movement, founded by Zionists, had turned away from the principles of its forefathers and indeed from the Biblical principles of the Word of God. You can read more about the appalling motions here.

This week the Chief Rabbi tweeted his disapproval of the development writing: “That the Methodist Church are prepared to endorse ‘Cry for Hope’, a document that wilfully distorts the meaning of Zionism and seeks to legitimise the insidious BDS movement, is deeply misguided and deplorable.

“This does not bring peace between Israel and the Palestinians any closer.

“Rather, it only serves to diminish Christian-Jewish relations in this country, and damages the very cause their Church purports to champion.”

That the Methodist Church @MethodistGB are prepared to endorse ‘Cry for Hope’, a document that wilfully distorts the meaning of Zionism and seeks to legitimise the insidious BDS movement, is deeply misguided and deplorable. 1/2https://t.co/7o3j1WGTnK

We completely agree with the Chief Rabbi, the Methodist church is driving a wedge between Jews and Christians and siding with those who seek the destruction of God’s chosen nation. Far from upholding Biblical truth, the movement claims to uphold.

The Wesley brothers were the founders of the Methodist Church. John and Charles Wesley were restorationists, the belief among many Christians that the return of the Jews to the Holy Land and the establishment of the state of Israel was the fulfilment of Bible prophecy.

We know, it must be done,
For God hath spoke the word,
All Israel shall their Saviour own,
To their first state restor’d:
Re-built by his command,
Jerusalem shall rise,
Her temple on Moriah stand
Again, and touch the skies.

This was part of a hymn written by Charles Wesley and was included in various hymn books by his brother John Wesley and points to the beliefs the brothers held.

The hymn, which draws upon Scriptures such as Isaiah 66:19 and Romans 11:26, was only removed from the Methodist hymnbooks after the 1930s, long after the brothers’ deaths.

Maybe it is acts like this, such as the removal of a key Zionist song, that led to this turning away of the Scriptures by the Methodist movement.

It is a shame to see such an established Christian church network turning away from God’s heart for Israel and the Jewish people and the principles of their founding fathers.