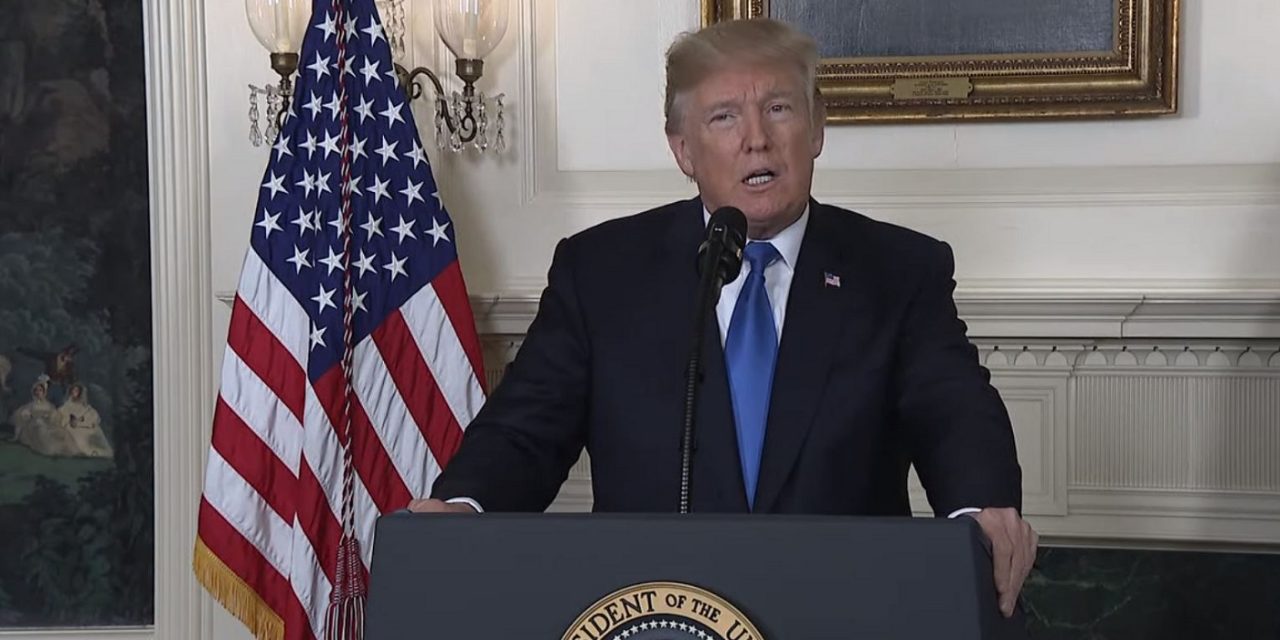 Trump’s critics are having to eat humble pie this week as they start to realise how wrong they were for trying to save the disastrous Iran Nuclear Deal.

At the time, many were voices their disagreement with the US pulling out of the Iran Nuclear Deal. They accused President Trump of risking raising oil prices in the US and of allowing the Iranians to go ahead with building a nuclear weapon if they could secure funding from Europe.

European governments roundly condemned President Trump and have done all they can to, in their mind, save the Nuclear Deal. However, their plans have looked more like they were undermining what the Americans were trying to achieve. Fortunately, European businesses have sided with the US and dropped trade agreements with Iran. The result has seen Iran suffer a dramatic loss of income whilst oil prices in the West have maintained their prices. So far, so good.

Surprisingly, even the highly critical New York Times has now admitted they were wrong and that Trump’s policy seems to be working.

In an article by Clifford Krauss titled, “Trump Hit Iran With Oil Sanctions. So Far, They’re Working,” the Times reported:

When President Trump announced in May that he was going to withdraw the United States from the nuclear agreement that the Obama administration and five other countries negotiated with Iran in 2015 and reimpose sanctions on the country, the decision was fraught with potential disaster.

If Mr. Trump’s approach worked too well, oil prices would spike and hurt the American economy. If it failed, international companies would continue trading with Iran, leaving the Islamic Republic unscathed, defiant and free to restart its nuclear program.

But the policy has been effective without either of those nasty consequences, at least so far.

“The president is doing the opposite of what the experts said, and it seems to be working out,” said Michael Lynch, president of Strategic Energy and Economic Research, a research and consulting firm.

Initial signs of a foreign-policy success could benefit Mr. Trump politically as Republicans try to hold on to control of Congress. The president and lawmakers allied with him could point to the administration’s aggressive stand toward Iran as evidence that his unconventional approach to diplomacy has been much more fruitful and far less costly than Democrats have been willing to acknowledge.

Christians United for Israel has been a strong voice of support for President Trump’s decision to scrap the Iran Nuclear Deal.

In May, CUFI’s founder Pastor John Hagee gave his support for President Trump’s decision, saying, “President Trump took the first step toward making the United States, Israel, and the entire world safer by scrapping the hopelessly flawed Iran Deal. By withdrawing from the deal and starting over, President Trump showed he is committed to stopping Iran from ever acquiring a nuclear weapon.”