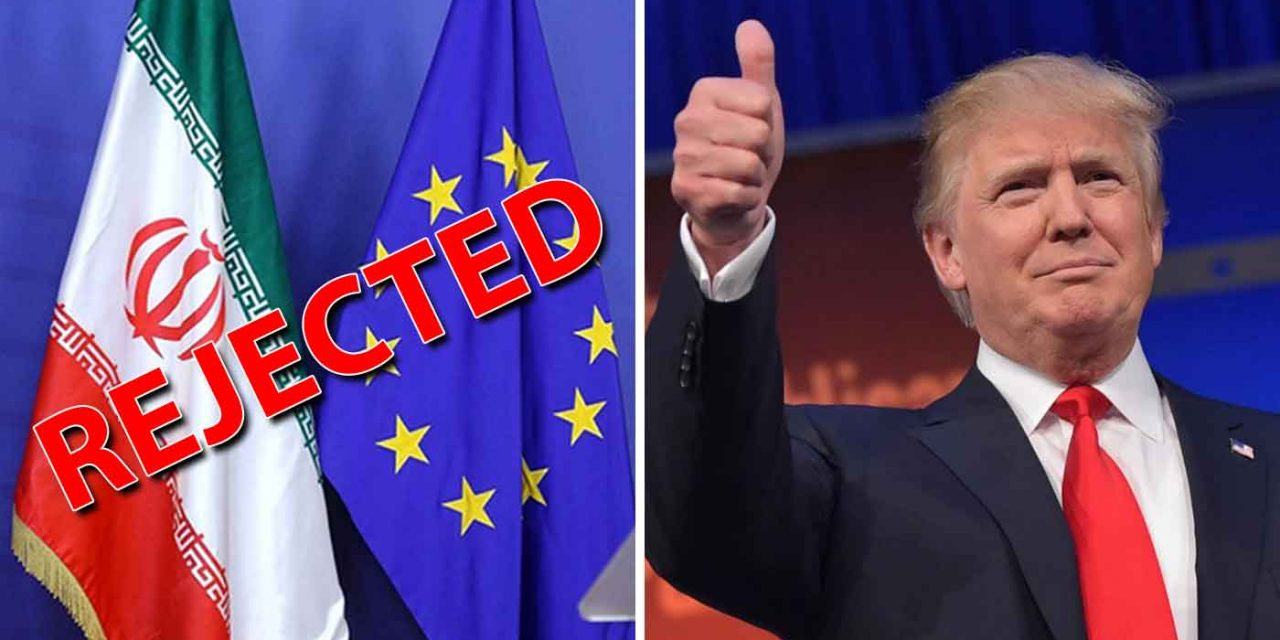 European companies are cutting ties with Iran in an act of defiance against EU regulations and in solidarity with the US decision to impose sanctions on Iran and companies who trade with them.

The European Union, supported by the UK, France and Britain, this week vowed to prevent business from complying with the new US sanctions.

They triggered an EU law that promised to monetarily compensate any company hit by the sanctions and even went as far as saying it “forbids EU persons from complying” with the US demands.

Fortunately, some of Europe’s largest companies are seeing sense and have undermined the EU’s dictatorial demands.

Yahoo news reported some of the companies that have chosen to comply with the US sanctions, saying:

German car and truck manufacturer Daimler, which makes Mercedes vehicles, said it was complying with US sanctions as it announced it was pulling out of plans to expand its operation in the country.

“We have ceased our already restricted activities in Iran in accordance with the applicable sanctions,” a company statement said.

French car manufacturer Renault also said it would be complying with US sanctions, having previously announced plans to increase production capacity in the country.

French oil and gas giant Total said it would comply with US sanctions unless it receives a waiver.

And Danish engineering firm Haldor Topsoe said it was cutting 200 jobs in the country as a result of the sanctions.

According to the EU’s newly imposed law, the companies listed above were supposed to apply for permission from the European commission before they could break ties with Iran. However, it appears no company has made such a request with the EU.

Despite this, however, EU diplomats have climbed down from their dictatorial stance and admitted that they actually won’t be charging companies who choose not to listen to them.

Commission deputy chief spokesperson Mina Andreeva said: “They are free to choose whether to start working, continue working or cease business operations in Iran … on the basis of their assessment of the economic situation.”

She added: “The EU blocking statue is there to help. The effects of the US sanctions are minimised if you want to continue to do businesses in Iran. But whether you do so or not is a decision that will depend on several factors … companies are of course free to take that decision and communicate it accordingly.”

In a statement about the US sanctions, CUFI Founder, Pastor John Hagee, said,