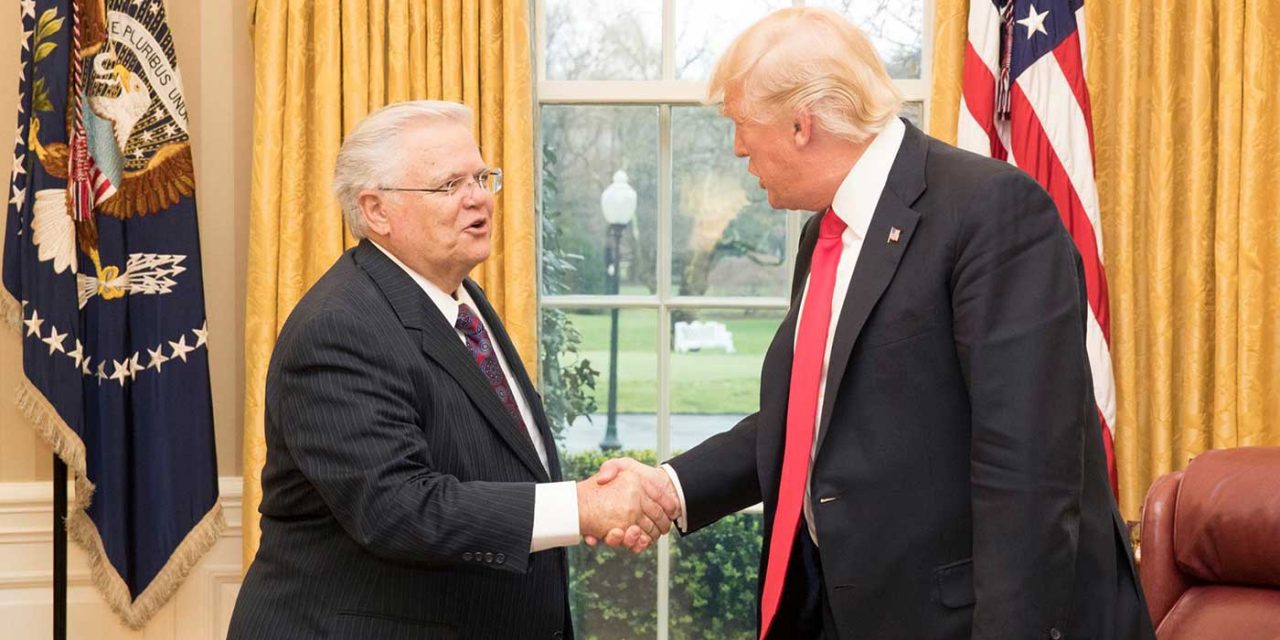 Here is Pastor John Hagee’s full statement from 8 May 2018:

Today, President Trump announced his decision to scrap the 2015 Iran Deal due to Iran’s proven lies and violations of the deal’s terms. This was the right decision, and we believe it will lead to a much stronger, more effective deal in the future as Iran is forced to reckon with the consequences of their lies.

This announcement comes after President Trump declined to certify the Iran Deal in October 2017.  At the time, the President cited multiple violations by Iran to show that the Iranian regime was not in compliance with their end of the deal. This evaluation was recently confirmed and further proven by the revelation of over 100,000 top secret Iranian nuclear files obtained by Israel. President Trump told Congress in October that they would have six months to fix the many flaws in the Iran Deal negotiated under President Obama or he would unilaterally scrap the deal, and today marks the end of that six month grace period.

The flawed Iran nuclear deal contained loopholes that allowed Iran to avoid international inspections of their nuclear facilities and openly continue working on intercontinental ballistic missiles while fully funding their international terror campaign, all of which rendered the 2015 Iran Deal inert and worthless anyway. The Iranian regime made a mockery of the United States and the five other signatories to the JCPOA agreement, knowing that the agreement was based on blatant lies and unenforceable terms.

The Iran Deal negotiated under President Obama and John Kerry should never have been signed. If, as former members of the Obama Administration now admit, they knew all along that Iran was lying and hiding its nuclear weapons program, there was no basis upon which this deal could have ever been successful. All it did was give Iran relief from crushing international sanctions that were putting pressure on the regime to give up its support for terror and the pursuit of nuclear weapons, in exchange for hundreds of billions in new revenue and the freedom to continue working towards obtaining a nuclear weapons arsenal when the deal expired.

Today President Trump took the first step toward making the United States, Israel, and the entire world safer by scrapping the hopelessly flawed Iran Deal. By withdrawing from the deal and starting over, President Trump showed he is committed to stopping Iran from ever acquiring a nuclear weapon. Now it is up to Congress to rise to the challenge of working with the White House to take all necessary measures to thwart Iran’s nuclear ambitions.

May God Bless You and Those That You Love,