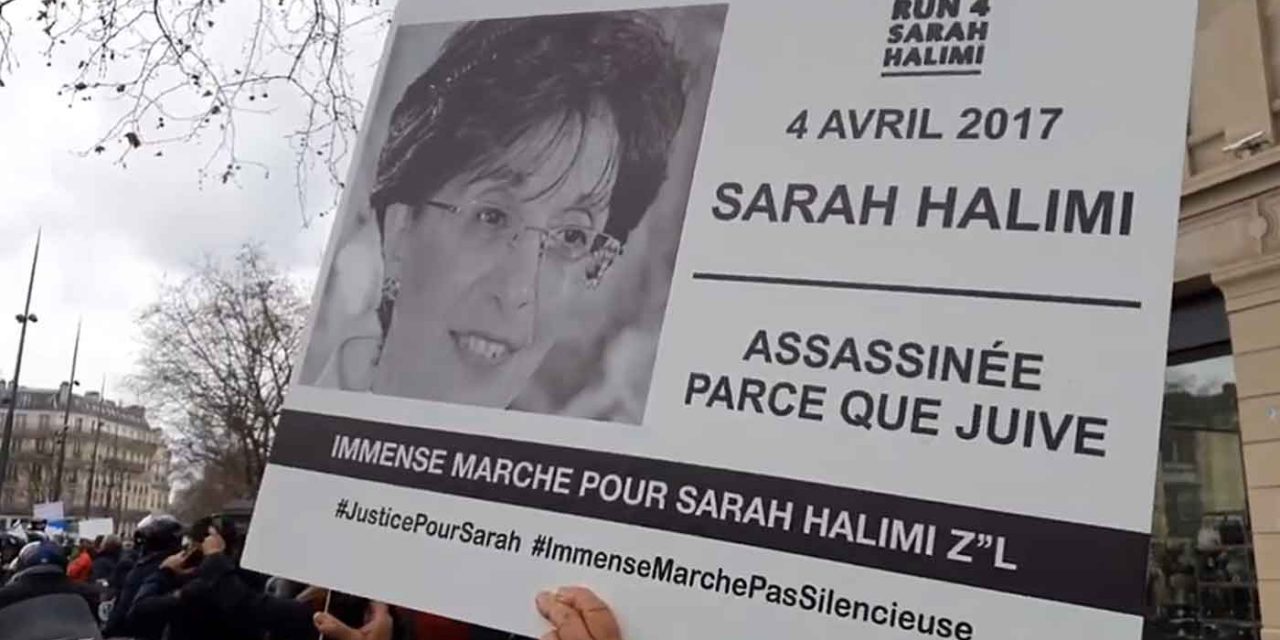 Several thousand people, many of them Jews, rallied in several cities in France to protest a court’s ruling not to try a Muslim man who confessed to killing his Jewish neighbour while shouting about Allah.

Republique Square in Paris became crowded with protesters over the ruling last month on the fate of Kobili Traore, a 29-year-old Muslim.

Traoré admitted breaking into the home of Jewish kindergarten teacher Sarah Halimi, 64, and killing her in April 2017, but will now walk free. This is despite the court ruling that Traore “does appear to have voluntarily ended the life of Sarah Halimi,” and saying the killing was partly because of anti-Semitism.

Reaffirming an earlier ruling, the Paris Appeals Court last month asserted that Traore killed Halimi because she was Jewish but cited psychiatric evaluations saying his consumption of cannabis before the incident gave him a “delirious episode” that made him not legally responsible for his actions.

In Paris on Sunday, thousands gathered to demonstrate against the court ruling at the Place de la Republique and ending at Halimi’s former home in Belleville in the city’s 11th arrondissement (district).

“My sister was massacred,” said William Attal, one of the victim’s brothers, speaking with a microphone above the crowd.

Several thousand Jews also marched in Marseille in protest of the ruling, which leaders of French Jewry, including the CRIF umbrella of French Jewish communities, have suggested was designed to avoid scrutiny of Muslim antisemitism.

The BNVCA, a Jewish community watchdog, says virtually all violent antisemitic assaults in France are cases of “new antisemitism” — defined as hate crimes by people whose families immigrated to France from Muslim countries.

But in its 2016 report, the French National Consultative Commission on Human Rights, a government agency, said it had no evidence that new antisemitism exists.

“My sister was massacred,” said William Attal, one of the victim’s brothers, speaking with a microphone above the crowd in Paris.

In a letter to the Procurer General of Paris two days after the Appeal Court’s ruling, Francis Kalifat, the president of the Representative Council of Jewish Institutions in France (CRIF), asked, “Is there only law and no justice in our country?”

At Sunday’s rally, attendees voiced similar sentiments, and also expressed concern about the general safety of Jews in France.

“My mother was hidden for three years during the war…[she] tells me it’s the same atmosphere,” said Alexandre Borycke, 54.

“It was an obligation to be here today,” he said.

Borycke is the president of l’Association Memoires de Convoi 6, an organisation devoted to families of French Jews who were deported during the Holocaust.

“We say it can come back again,” he said. “We have to make testimonies because what it was during the war could happen again.”

Alexandra Glanz, 27, a criminal lawyer, noted the absence of French members of parliament.

Maud Cabanac, 70, also said that the decision by the appeals court on Traoré’s criminal culpability matters for everyone.

“Jewish, non-Jewish, French, non-French…[the] door [is] open to any excuse for killing people,” she said.

At about 3pm, a man led the crowd in a chant. For his part, he cried out “Justice!’; his instructions to the crowd were two-fold.

“Repeat after me. First time, ‘For Sarah.’ Second time, ‘For France.’”

“Antisemitism isn’t the real taboo in France, only the identity of the antisemites is,” Georges Bensoussan, a Jewish historian, told Le Figaro last week about the case.

In 2017 he was tried for hate speech for quoting a Muslim writer’s assertion that Arabs receive antisemitism with their “mother’s milk.” Bensoussan was ultimately acquitted amid an outcry.