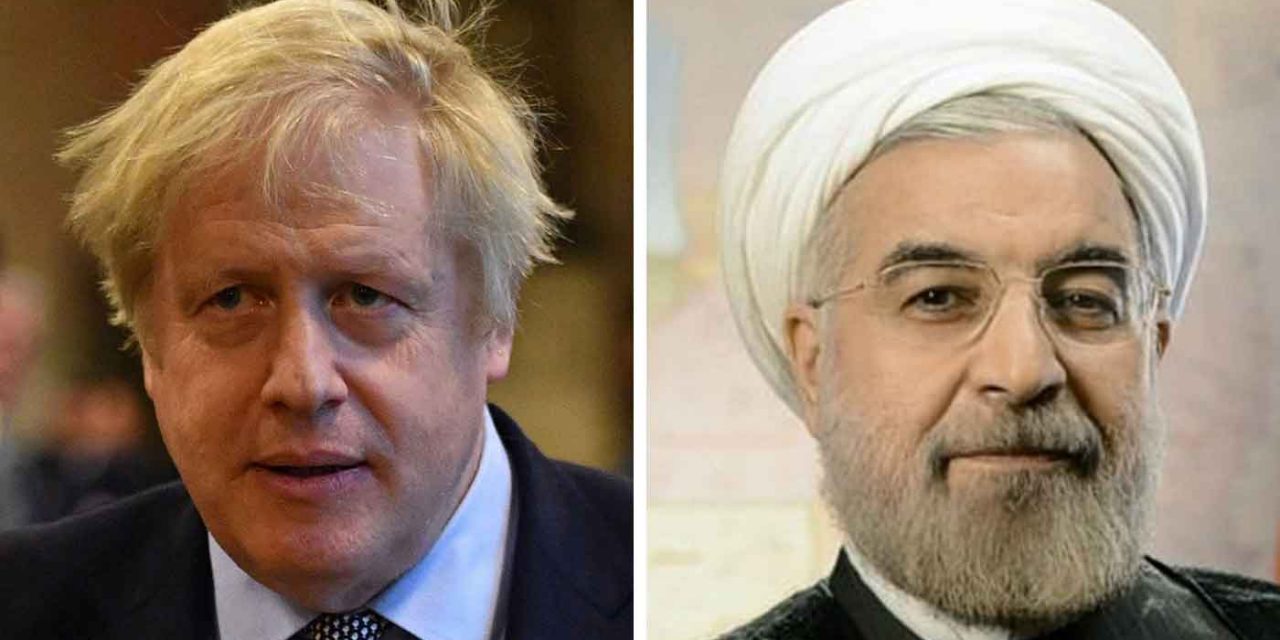 Prime Minister Boris Johnson has pledged the UK’s continued support to the disastrous Iran Deal, despite Iran themselves no longer abiding by its terms. The news comes following a 20-minute phone call between the leaders on Thursday morning.

A Downing Street spokesman said Johnson held a phone call lasting 20 minutes with Rouhani on Thursday and reaffirmed UK support for the international deal with Iran over nuclear capabilities, formally known as the Joint Comprehensive Plan of Action, or JCPOA.

“They discussed the situation in the region following the death of Qassem Suleimani and the prime minister called for an end to hostilities,” he said.

“The prime minister underlined the UK commitment to the JCPOA and to ongoing dialogue to avoid nuclear proliferation and reduce tension. He raised the continued detention and mistreatment of Nazanin Zaghari-Ratcliffe and other dual nationals in Iran, and called for their immediate release.”

The UK’s foreign policy of keeping the country locked into the Iran Deal and enabling the Iranian regime to access needed funds it has been using on terrorism was reaffirmed by British Foreign Secretary Dominic Raab.

Mr Raab said the UK and its American and European counterparts were ‘absolutely committed’ to avoiding Iran acquiring a nuclear weapon.

He reiterated Britain’s commitment to the Joint Comprehensive Plan of Action (JCPOA) on restricting Iran’s nuclear programme, despite the US’ withdrawal from the initiative, whilst bemoaning Iran’s ‘acute’ non-compliance with the pact.

Johnson and Raab doubling down on the UK’s commitment follows President Trump’s speech Wednesday regarding the situation with Iran where he rightfully called upon the UK and others to abandon the Iran Deal.

“The very defective JCPOA expires shortly anyway and gives Iran a clear and quick path to nuclear breakout. Iran must abandon its nuclear ambitions and end its support for terrorism. The time has come for the United Kingdom, Germany, France, Russia, and China to recognize this reality.

They must now break away from the remnants of the Iran deal -– or JCPOA –- and we must all work together toward making a deal with Iran that makes the world a safer and more peaceful place. We must also make a deal that allows Iran to thrive and prosper, and take advantage of its enormous untapped potential. Iran can be a great country.

Peace and stability cannot prevail in the Middle East as long as Iran continues to foment violence, unrest, hatred, and war. The civilized world must send a clear and unified message to the Iranian regime: Your campaign of terror, murder, mayhem will not be tolerated any longer. It will not be allowed to go forward.”

CUFI UK Director, Des Starritt, says, “The UK must choose to stop supporting the aggressive terrorist funding Iranian regime and make a stand in solidarity with our closest allies – Israel and the United States.”