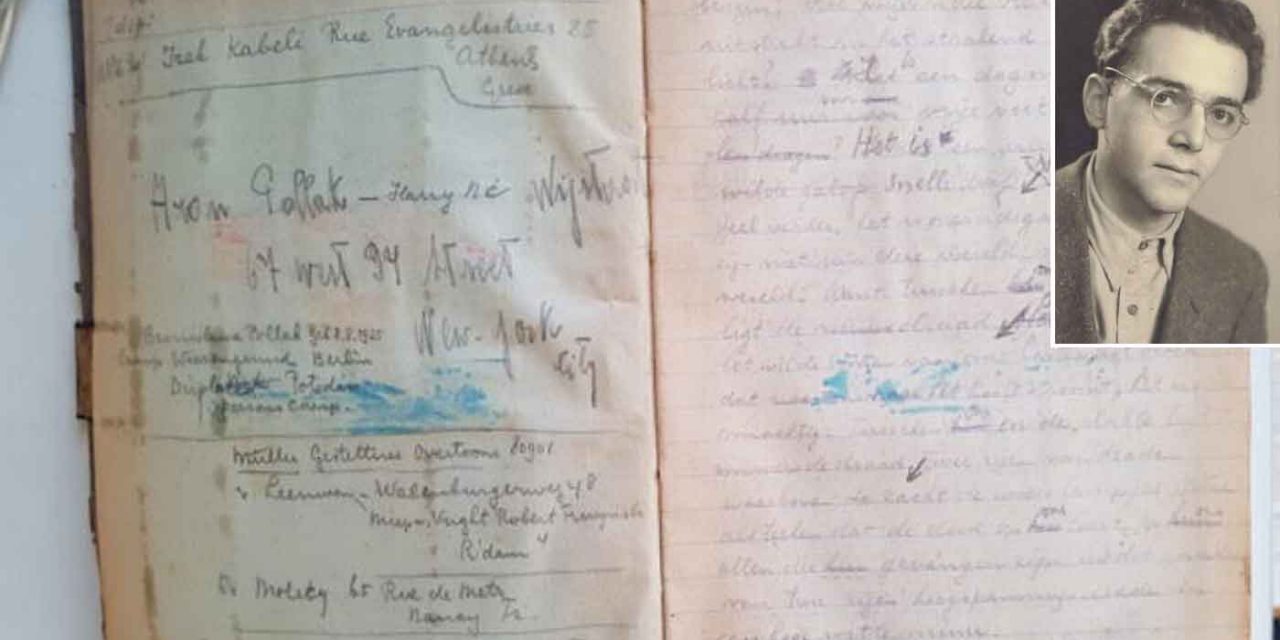 Seventy-five years after Eddy de Wind wrote a novel at Auschwitz-Birkenau, the late psychiatrist’s book will be translated into English and a dozen other languages.

Set for release on January 20, “Last Stop Auschwitz: My Story of Survival From Within the Camp,” was written during the days immediately after the Nazi death camp’s liberation. Hiding in a pile of old clothes underneath a barracks, de Wind used a foraged notebook and pencils to craft his account.

Not knowing whether he would fall into Russian, German, or other hands, the Dutch-Jewish de Wind used the pen name Hans van Dam. The book is a montage of the camp’s brutalities set against de Wind’s love for Friedel, his wife who was imprisoned a few yards away from him in the notorious “Block 10.”

In his book, de Wind wrote about the smell of “searing flesh” emanating from the Auschwitz I crematorium chimney, and how it affected his mindset.

“You are tired sick and disgusted with yourself, because you are a human being and because an SS-man is also a ‘human being,’” wrote de Wind.

Although “Last Stop Auschwitz” was first published in Dutch in 1946, it did not find a large audience outside of survivors. Since de Wind’s death in 1987, family members have worked to publish the book on a larger scale in many languages.

“This book is perhaps the only Holocaust death camp account written ‘in situ,’ in ‘real time’ and not affected by fading or inaccurate memories, not influenced by stories or reports learned afterwards,” said Dorian de Wind, whose great-grandfather was the brother of Eddy de Wind’s great-grandfather.