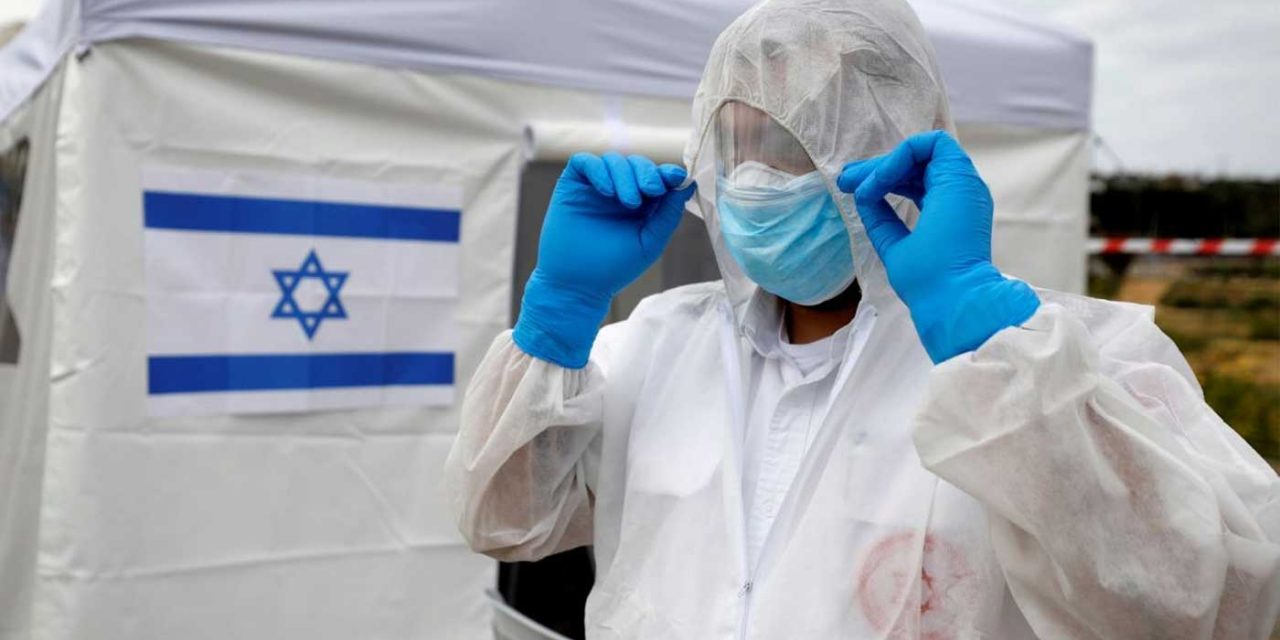 The Guardian published an article, which was also published in its sister paper the Observer, with the headline, “Palestinians excluded from Israeli Covid vaccine rollout as jabs go to settlers,” and featured a lead photo of an ultra-Orthodox Jew being vaccinated.

It included claims that “Human rights groups accuse Israel of dodging obligations to millions in occupied territories who may wait months for vaccination.”

The Associated Press ran a similar article accusing Israel of helping itself while Palestinians were left waiting, an article that was copied and pasted by numerous media outlets.

“Israel transports batches of the Pfizer/BioNTech vaccine deep inside the West Bank. But they are only distributed to Jewish settlers, and not the roughly 2.7 million Palestinians living around them who may have to wait for weeks or months,” the article’s authors write.

These are quite simply opinion pieces devoid of facts and written in an attempt to inspire hatred against Israel.

Furthermore, the Palestinian Authority has not even asked Israel for any assistance in providing vaccines for Palestinians. They have said they have things under control and they are expecting to be rolling out vaccines in February.

Despite this, Israel has gone above and beyond to help Palestinians during the pandemic. In fact, Israel IS vaccinating Palestinians who live in East Jerusalem.

More than that, Israel has provided medical assistance to numerous Palestinians throughout the pandemic. Remember Saeb Erekat, the Palestinian negotiator who was transferred to Israel for treatment despite the PA stopping other Palestinians from seeking help from Israel? Israel also trained Palestinian medical teams from both Gaza and Judea and Samaria (the West Bank) in an effort to teach them best practices for dealing with the pandemic.

On top of all this, Israel facilitated the delivery of numerous shipments of medical aid for the Palestinians including much-needed ventilators. And what was the PA’s response? They rejected them outright. They preferred to score political points against Israel at the expense of Palestinian health.

The PA also chose to cut off coordination and security ties with Israel last year during the pandemic and only recently restarted cooperation. This again hindered Palestinian access to healthcare in Israel.

The headlines should be telling the story of how Israel is going above and beyond to help its neighbour despite the Palestinian leadership actively working to hinder the fight against Covid-19. Furthermore, where are the articles of other nations not providing help to their neighbours? When the UK rolled out vaccines to the British public, were there hit pieces on how Ireland wasn’t receiving any vaccines from Britain? Of course not. Because everyone understands that the UK is responsible for its own people.

It is also bizarre that the media continues to treat the Palestinians as needy children who require constant care and attention on one hand but also claim the Palestinians can look after themselves and run their own state. It seems they use whichever viewpoint required to smear Israel at any given time.

Thankfully, the Jewish community has spoken out against these anti-Israel smears.

The Board of Deputies of British Jews slammed the Observer and the Guardian over the piece, saying it “provided grist to the mill of far-right and far-left antisemites alike.”

Sheila Gewolb, the group’s Senior Vice President, said in a statement, “We are extremely troubled by the Observer’s blatantly false headline claiming that Israel has ‘excluded’ Palestinians from its Covid-19 vaccination program.”

“The Palestinian Authority is responsible for vaccinations provided to Palestinians in both the West Bank and Gaza,” she went on. “As reported within the same article, the PA has not even asked Israel for help in this regard, looking to source the vaccines elsewhere.”

She continued by saying the paper fueled antisemites who “seek to take anything positive Israel does and twist it beyond recognition,” and called on the papers to change the headline and issue and apology.

Shany Mor, a researcher at the Israel Democracy Institute, said on Twitter that “no mainstream outlet has done more than the Guardian in the past 30 years to normalize the view that the Jewish state is uniquely diabolically evil.”

He said that the Guardian perpetuates a “sub-genre” of journalism that presents a “false story of Israeli medical malpractice which is supposed to prove the innate moral rot of the Jewish state,” and pointed to a slew of discredited articles published by the paper, including a 2009 claim that Israel harvests Palestinians’ organs, a 2013 claim that Israel forced contraceptives on Ethiopian citizens, and a 2014 claim that Israel deliberately targeted Gaza hospitals.

Despite the PA’s choice to cut ties, Israel has been helping it stem the infection rate with a variety of different initiatives including training medical personnel and donating testing kits.