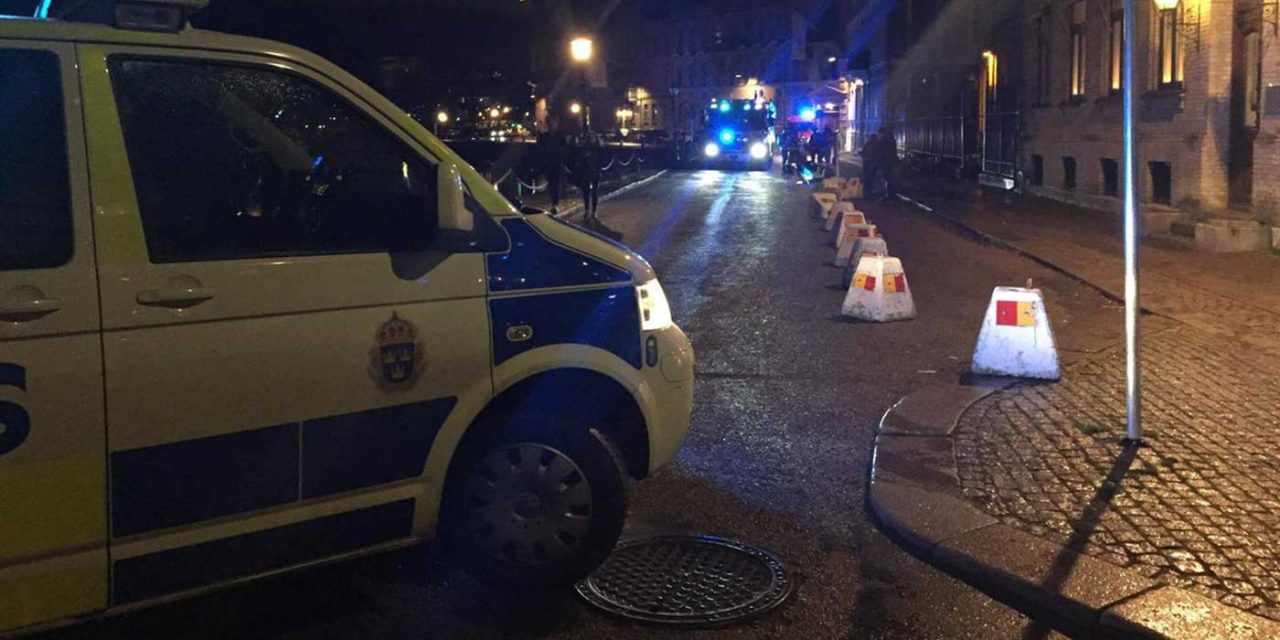 This week anti-Semites in Sweden firebombed a Jewish chapel in Malmo, the second such incident in days, sparking fears that more attacks could follow.

The most recent attack took place on Monday in Malmo, where two firebombs were hurled at a Jewish chapel in the city.

Malmo police spokesman Lars Forstell told AFP that the incident is being investigated “as an attempted arson”, but said that the motive was “unclear”.

No serious damage was done to the property and no one was hurt, but it does not diminish the seriousness of this incident, especially in light of a flurry of attacks that have taken place in Sweden in recent days.

The Jewish Assembly in Malmo said they see the incident as “extremely serious”.

“We strongly emphasize that we can never accept being subjected to threats and attacks,” it said in the statement.

This most recent attack follows on from an incident on Saturday when more than a dozen men hurled over twenty firebombs at a synagogue in Gothenburg, Sweden’s second city, as children were celebrating a party inside.

Dvir Maoz, the World Bnei Akiva youth movement’s emissary in Gothenburg, told JTA that the attack happened a little after 10 p.m. while youths from the local Jewish community were attending a party inside the synagogue complex. Looking outside from inside the synagogue lobby area, he said he saw in the corner of his eye “a ball of fire” approaching the building. “The guards saw it in the security cameras and called police right away. The children were stressed, it was the first time they had ever experienced a terrorist attack near them.”

As they waited for the police, the children were taken down to the basement floor for safety. The culprits had fled the scene before the police arrived on the scene and the children’s parents were called to take them home after the police had arrived.

Photos from the scene of the synagogue firebombing in Gothenburg, Sweden. (GP) pic.twitter.com/osfUkH4i99

Another incident of anti-Semitism took place the day earlier, on the Friday evening in Malmo. There around 200 protesters gathered and chanted about killing Jews.

“We have announced our own intifada from Malmö. We want our freedom back and we will shoot the Jews,” the protesters chanted according to Swedish Radio. Furthermore, the protesters reminded the Jews that “Muhammad’s army” will return.

A spokesman for a local watchdog group said the Jewish community must be vigilant but will not go underground.

Willy Silberstein, spokesman for the Swedish Committee Against Anti-Semitism, spoke last Monday, just hours after an incident in Malmo in which police said they discovered traces of a flammable fluid near a Jewish cemetery that they suspect had been targeted by arsonists.

“There is a wave of anti-Semitic attacks right now, and I suspect this won’t be the last incident,” Silberstein said.

Swedish police reportedly have tightened security near Jewish sites throughout the country in the wake of the attacks.

These attacks on Sweden’s Jewish community are thought to be in response to President Donald Trump’s decision to recognise Jerusalem as the capital of Israel and plan to move the US Embassy to the Israeli capital.

As well as the incidents in Sweden, there has been a violent assault on a kosher restaurant in Amsterdam which took place on Thursday of last week. And chants in Arabic about killing Jews have been heard in Vienna, London and Berlin, as well as in Malmo at protest rallies against the US and Israel.