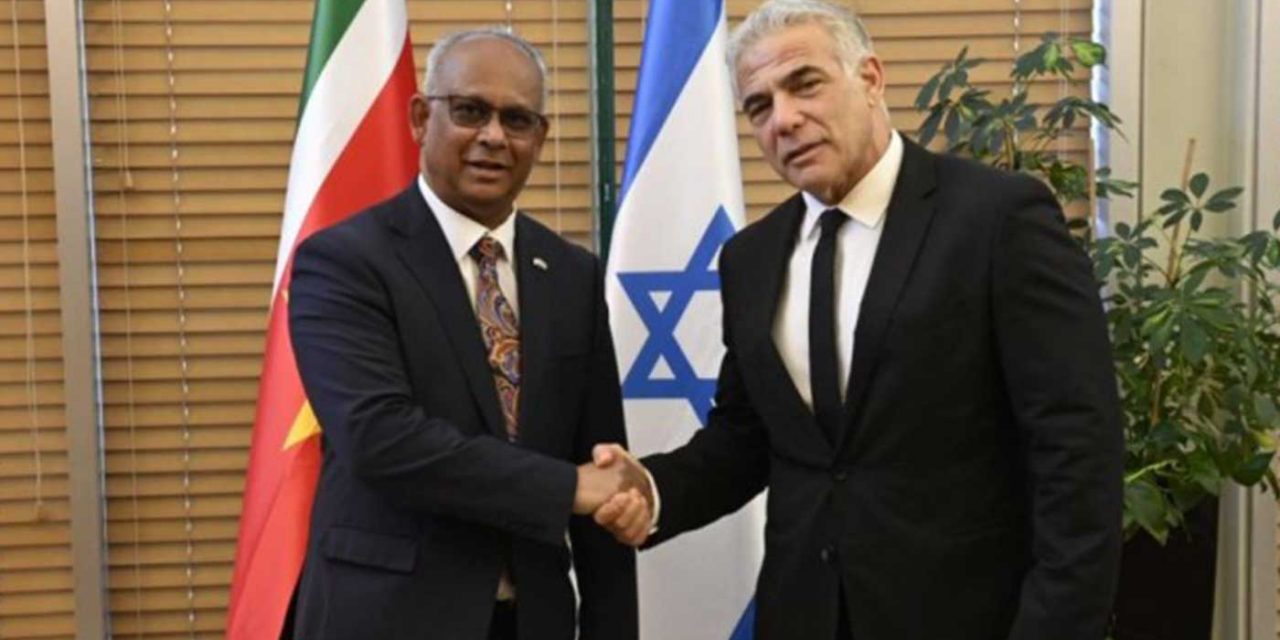 Suriname plans to open an embassy in Jerusalem, making it one of a small number of countries that are willing to push back against international objections to such a stand.

Ramdin is making the first visit to Israel of any top official from his country since it established diplomatic relations with the Jewish state in 1976.

To date, only four countries have opened embassies in Jerusalem: the United States, Guatemala, Honduras and Kosovo. Brazil, the Dominican Republic, Malawi and Equatorial Guinea have spoken of doing so.

The bulk of the international community has refused to recognize that any part of Jerusalem falls within Israel’s border.