Someone painted a swastika on Jewish mum’s rubbish bin. Here’s how community is responding

Residents in a small town in Pennsylvania have responded to local anti-Semitism in one of the most creative ways we have seen.

Haverford resident Esther Cohen-Eskin, who is Jewish, woke up early in the morning of Friday 19 August to see a swastika spray-painted on her rubbish bin. She took to Facebook to share her dismay:

“I walked outside this morning to take out the trash, and on my can someone spray painted a swastika. We have lived here for almost 20 years. I have happily raised my kids and celebrated the openness and safety of this town. I am so saddened by this occurrence…”

Esther was distraught. But then a neighbour had an idea that would life her spirits and unite the neighbourhood in response to this anti-Semitism. She explains on Facebook:

“…I was mad, scared and angry, and then our fellow neighbor and one of my dearest friends said, ‘nothing conquers hate more than love.’ So I am asking you, in this neighborhood, (and beyond if you want to share), paint something positive on your trashcan! We can, in our little way, turn this symbol of hate into something beautiful. A flower, a peace sign, an animal, a doodle… anything your imagination can come up with.”

An artist by trade, Esther quickly put her talents to good use. She got out her paints and set out to obliterate the hate. Here’s the before/after Esther shared, a few hours later: 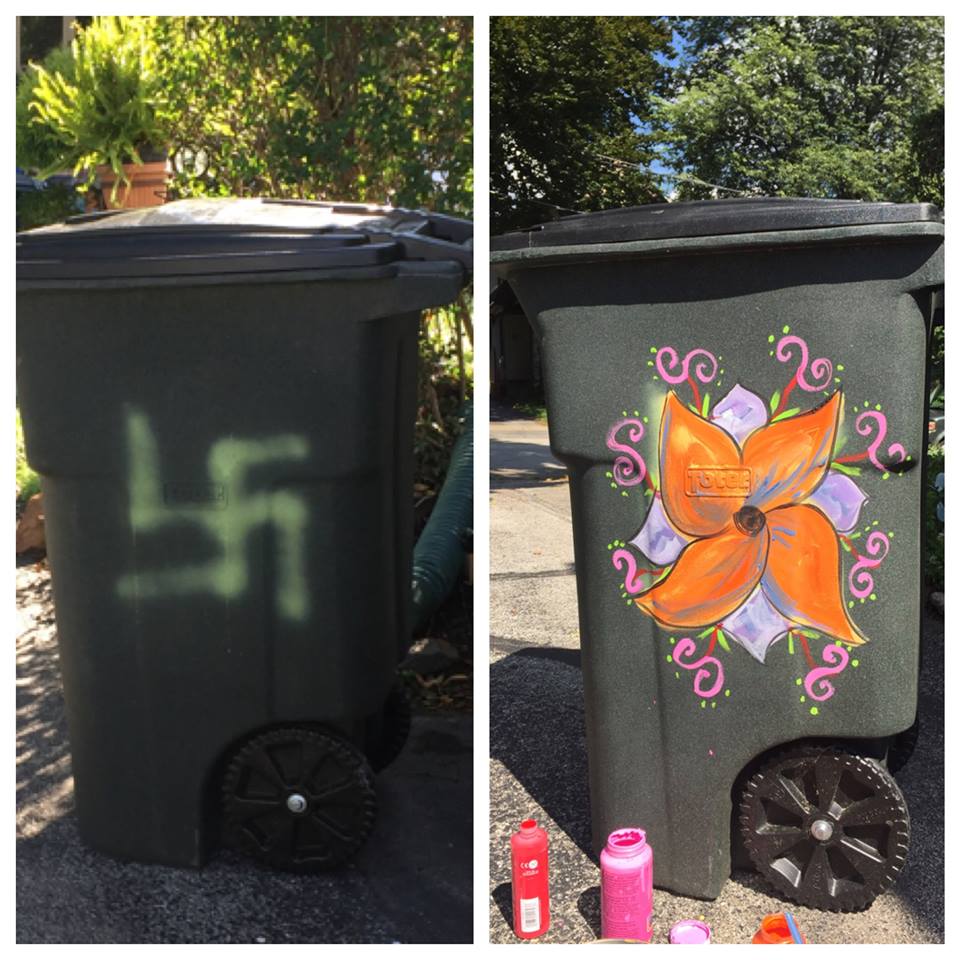 Esther’s post has been shared among members of the community and beyond. In solidarity with Esther, neighbours have themselves begun to send Esther pictures of their painted bins.
The community page says, “So, Townies, what do you say? Break out your own spray paint and tape, stickers, streamers, whatever you like. Let’s show ’em what we do with trash.”

And that’s exactly what the town is doing! 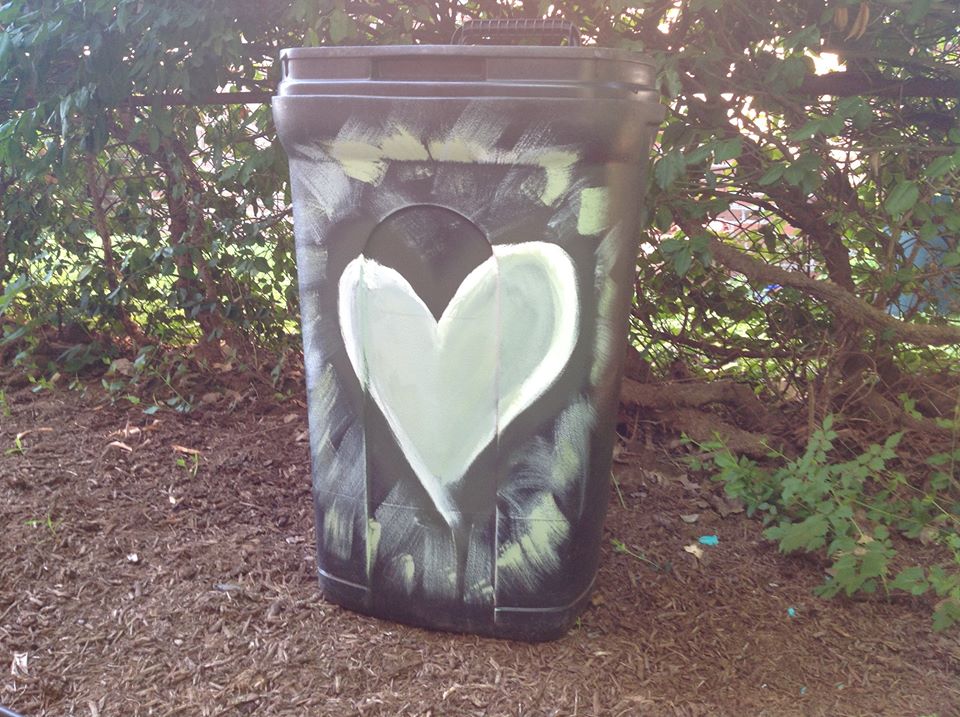 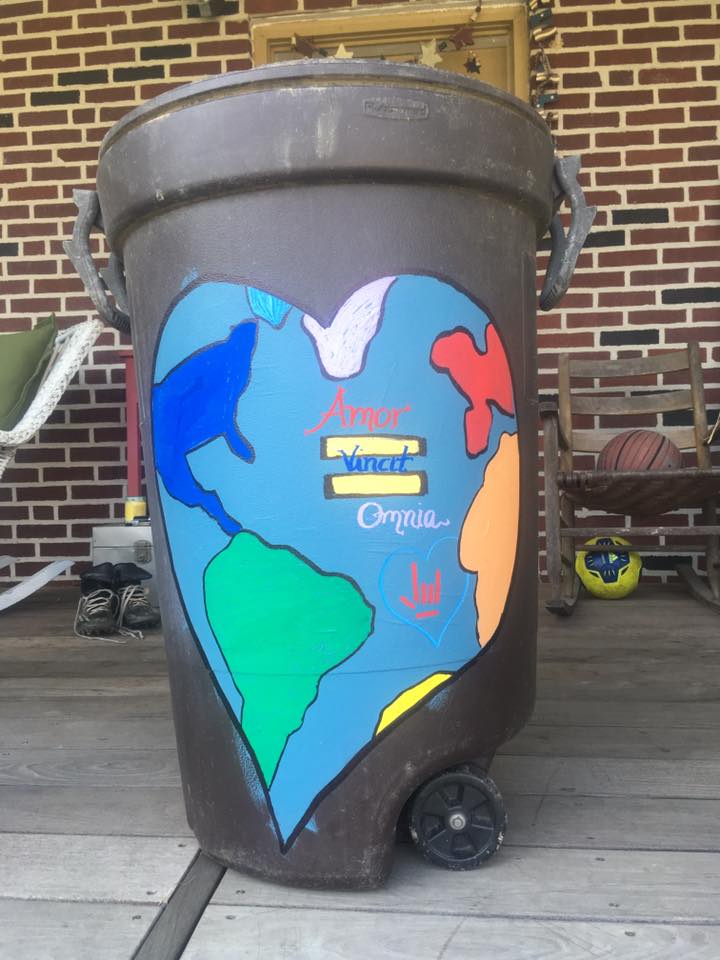 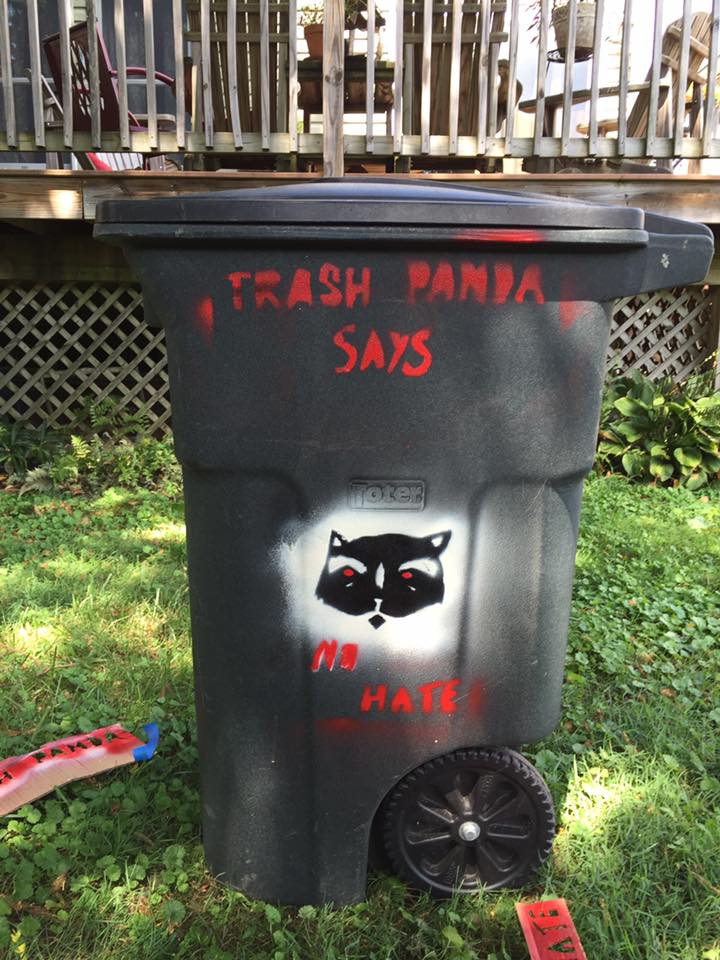 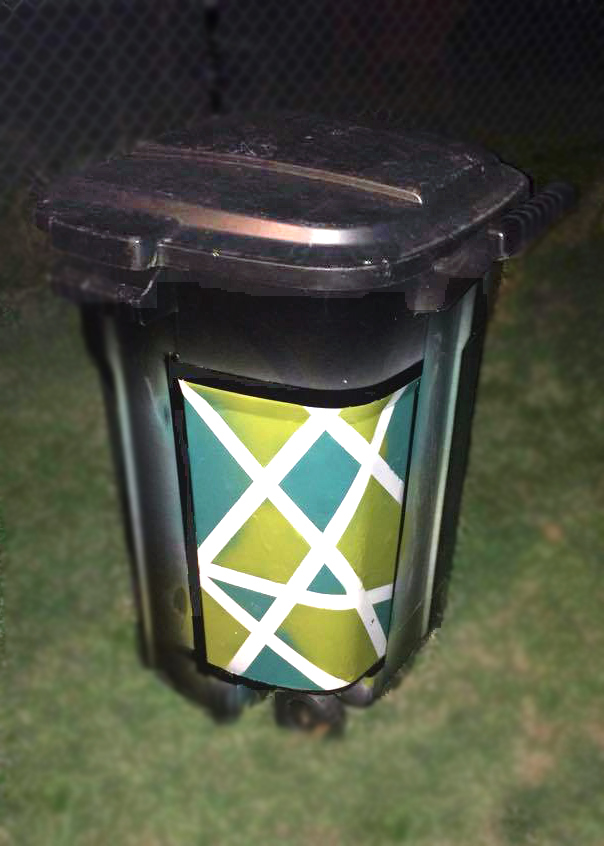