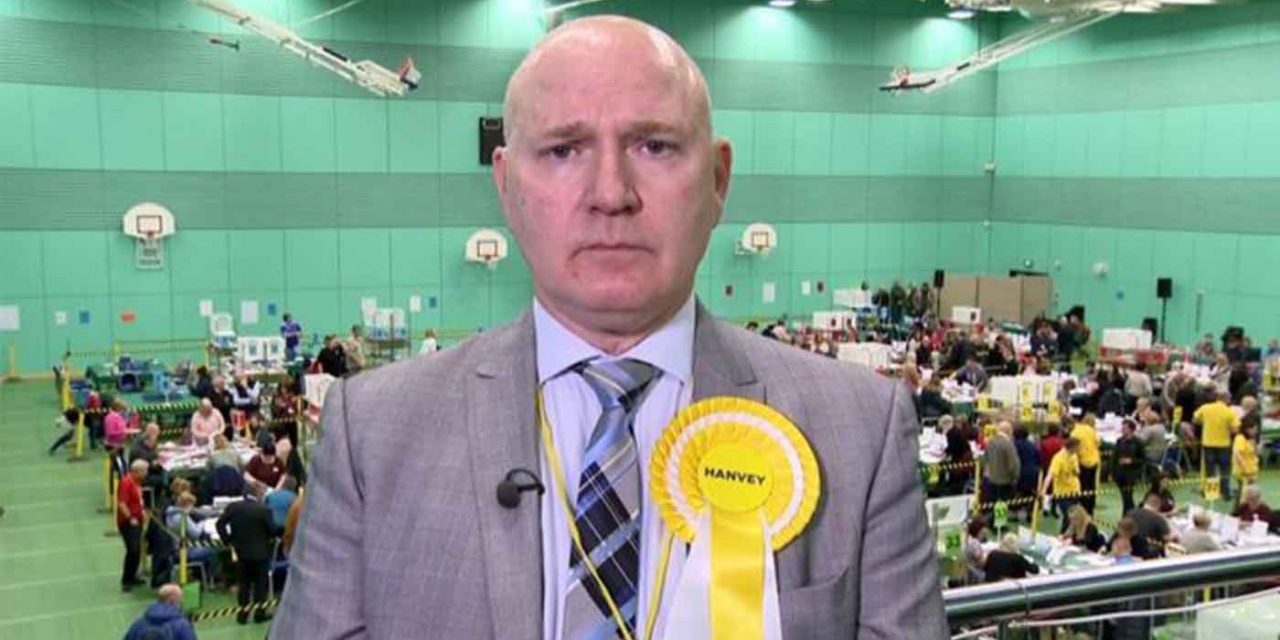 MP Neale Hanvey who was suspended from the SNP during the election campaign for using anti-Semitic language on social media is to be readmitted to the party.

Neale Hanvey was elected MP for Kirkcaldy and Cowdenbeath despite being suspended from the SNP on polling day. He was suspended after anti-Semitic posts he shared on Facebook came to light.

One example of the posts he shared was a from 2016 when Hanvey shared a picture which depicted Israel as treating the Palestinians how Jews were treated by Nazis in the Holocaust. A libellous distortion of the situation between Israel and the Palestinians.

At the time of his suspension, Hanvey issued an “unequivocal” apology, saying he wanted to “seek to make amends for these dreadful errors of judgement with the Jewish community”. 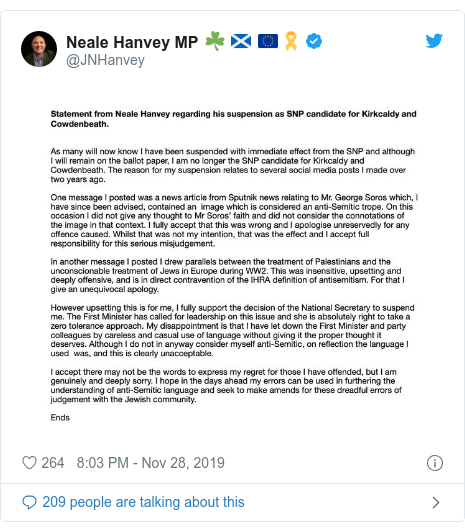 The SNP’s member conduct committee has now decided that Mr Hanvey should be allowed back into the party after a six-month suspension, back-dated to when he was first suspended in November.

This will see him rejoin the party’s MPs in the Commons in late May – on the condition he completes an education course at a Holocaust centre, meets with Scotland’s Jewish community, and apologises.

The SNP has made it clear that anti-Semitism is unacceptable within their party.

The Scottish Council of Jewish Communities issued a statement regarding the situation saying the SNP had “demonstrated that it is able to engage with the Jewish community on these issues, and has committed to a disciplinary action”.

It added: “This goes beyond imposing penalties. Education is absolutely vital. Although Mr Hanvey has apologised, meaningful engagement and education are crucial to demonstrating that he understands the seriousness of his actions and the impact that anti-Jewish racism has on real people.”