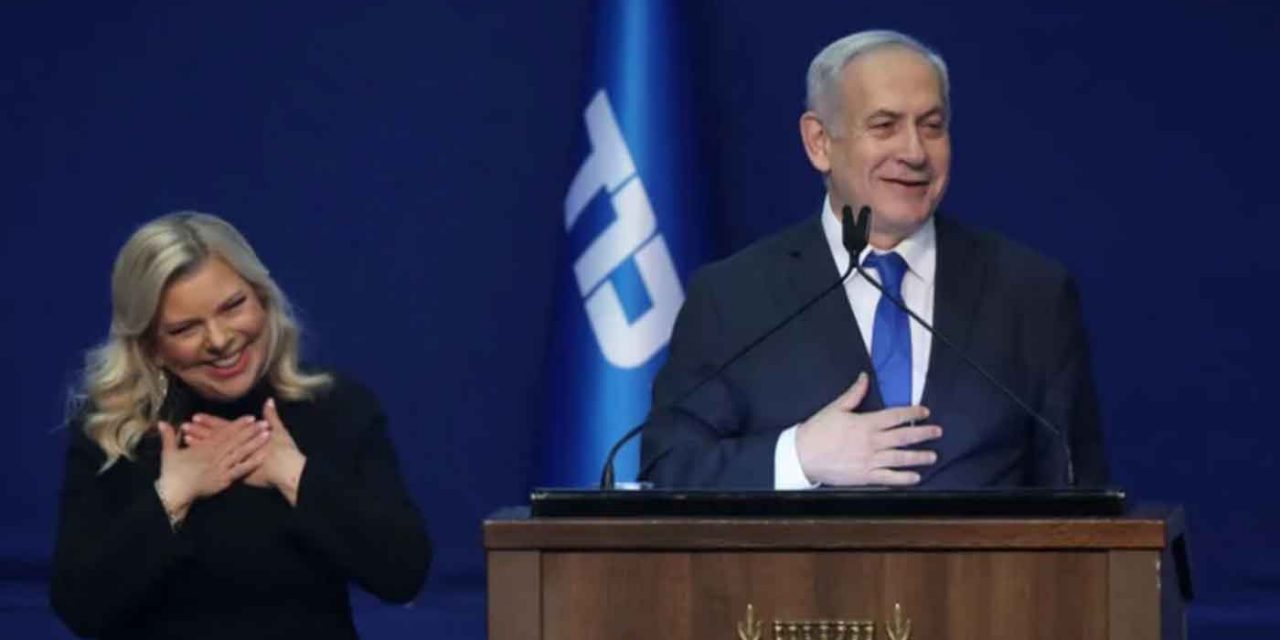 Israel has gone to the polls for the third time in less than 12-months after each round resulted in a deadlock and no leader being able to form a government. However, it seems that deadlock may soon be over.

The vote was largely seen as a referendum on Netanyahu and the result gives Likud the highest number of seats since Bibi became the leader.

“We stood against vast forces. They already eulogized us. Our opponents said the Netanyahu era is over. But together we flipped the script. We turned lemons to lemonade.”

Benjamin Netanyahu, 70, is Israel’s longest-serving prime minister and has been in office from 1996 to 1999 and again from 2009 to present. This is the most number of seats his party has won since Netanyahu became the leader of Likud.

Even though “victory” has been declared, there is still some way to go before a government will be formed by Netanyahu. Currently, his Likud party has 36 seats, compared to Blue and White’s 32 seats. The government needs to have 61 seats, out of 120, in order to command a majority in the Knesset (Israel’s parliament).

The Right Wing bloc, which Likud is part of, currently has 59 seats as of writing this article. This means they need to convince two more politicians from rival parties to join them in coalition.

Mr Netanyahu is confident he can accomplish this and promised to build “a strong national government”.

“We must avoid any more elections. It’s time to heal the rifts. It’s time for reconciliation,” he told supporters in Tel Aviv. 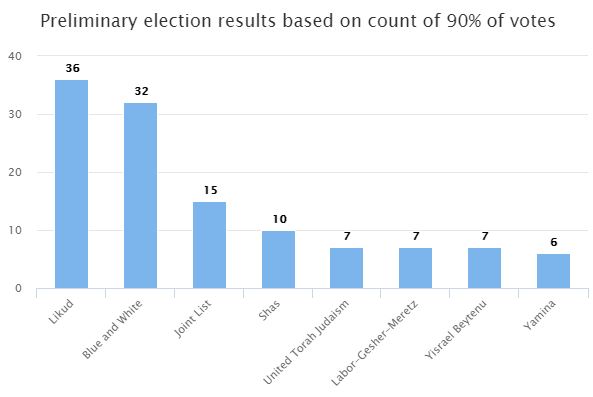 Naftali Bennett, leader of Yamina, another party in the right-wing bloc, said the election results are positive but that the composition of a future coalition will determine whether Israel will establish sovereignty over Judea and Samaria (the West Bank).

“The election results are good for the right-wing bloc, but it’s not over. Our mission is to ensure that the right policies are implemented. The composition of the coalition will determine whether there will be sovereignty [established over the West Bank],” Bennett said.

“If left-wing people are brought in, there will not be sovereignty,” he added.

Ayelet Shaked, leader of the New Right party, said, “It is obvious from the results that there will be a right-wing government. This is a clear choice for the public,” she said.

Blue and White will be doing all they can to prevent Netanyahu from being able to form a coalition, but the pressure is on them and the election result is a major setback. In the last round of elections, Blue and White won 1 more seat the Likud. This election has seen Likud leapfrog Blue and White and win by a wider margin than most expected.

Benny Gantz, the leader of Blue and White told his supporters on Monday evening, “I will tell you honestly I understand the feeling of disappointment and pain because it is not the result we wanted… this is not the result that will put Israel back on the right track.”

As expected, the response to this election from the Palestinians has been one anguish. The secretary-general of the Palestine Liberation Organisation (PLO), Saeb Erekat, gave his rather hysterical take on the election results saying it was “obvious that settlement, occupation and apartheid have won the Israeli elections”. This is despite the fact that the Joint List, which is made up of three mostly Arab parties, had their best result ever with 15 seats.

The truth is that Israel is a vibrant democracy that allows every adult in the country to vote freely. And whatever the result of this vote, it is the will of the Israeli people. The only people in the Middle East who are given such a voice.