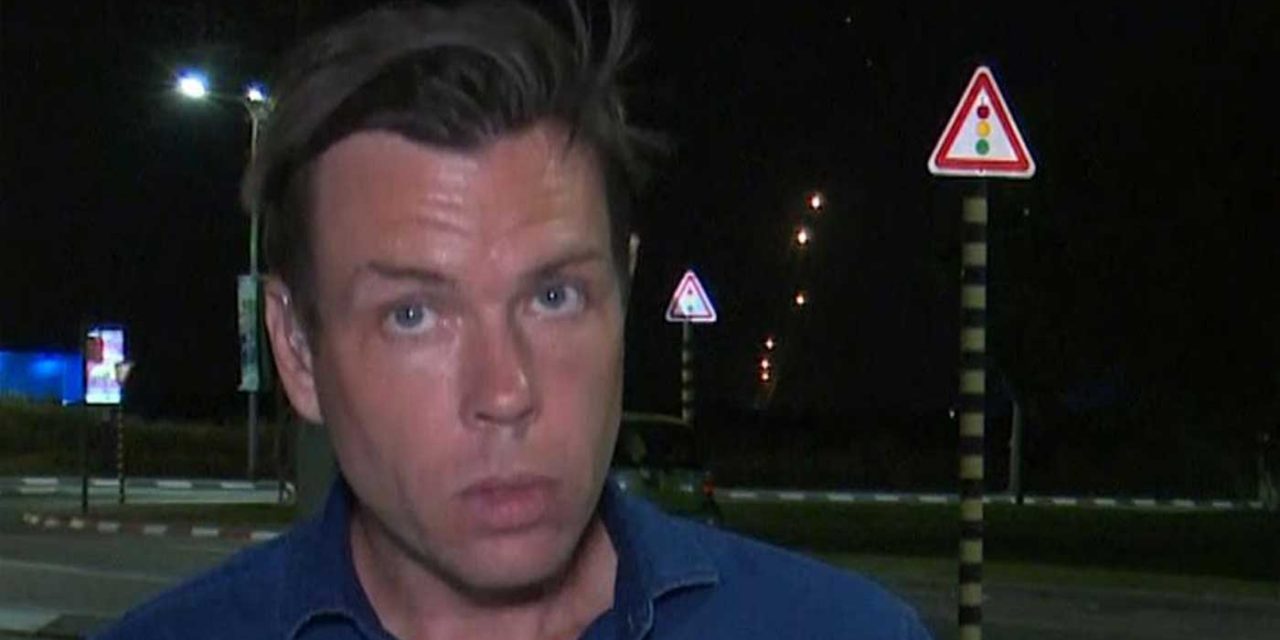 Sky News Middle East correspondent Mark Stone caused outrage this week after he responded to a Jewish father talking about anti-Semitism by claiming that “Jew hatred” in the UK can be traced to the “consequence of the current Israeli government’s policies.”

In a tweet on Tuesday, which he has since deleted and apologized for, Stone said, “It’s interesting that so many *Israelis* tell me that the ‘Jew hatred’ you experience is actually the consequence of the current Israeli government’s policies; their prolongation of an untenable occupation.”

Stone’s tweet was part of a back and forth on Twitter with a user named Walter Merrick who was explaining how the anti-Israel bias of the media include “Sky but also BBC, ITV and Channel 4.”

Merrick said it was this media bias that was “resulting in such Jew hatred in the UK. My children have to hide who they are I’m not sure they have a future in this country it’s got that bad.” 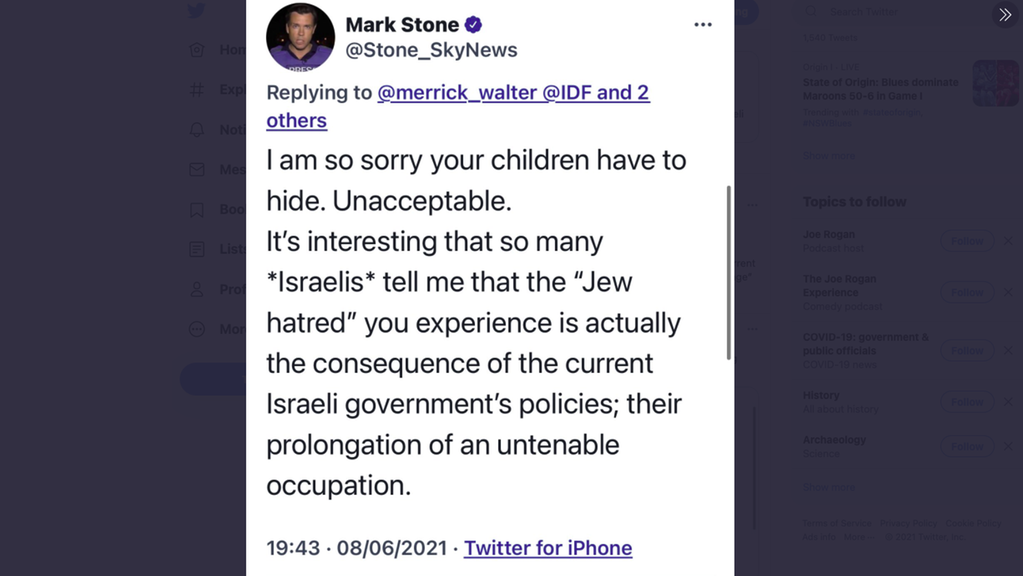 It was to this that Stone replied, “I am so sorry your children have to hide. Unacceptable,” before giving his explanation that was in fact Israel’s fault that Jews were being attacked in Britain.

Lord Ian Austin, a former Labour MP who challenged anti-Semitism under Corbyn’s Labour party, said: “It is completely unacceptable for a senior broadcaster at an organisation with a responsibility for impartiality and accuracy to blame the victims of antisemitism for the racism they are subjected to instead of the racists responsible, offer excuses for racism and hold Jewish people collectively responsible for the actions of the Israeli Government.

“Sky need to look at his urgently and ensure accurate and even-handed coverage and commentary in future.”

Our supporters have been vocal in their criticism of how Sky News and other media outlets have covered the recent Israel-Gaza conflict. Unfortunately, while Israel has repeatedly been blamed by British media outlets, often incorrectly, the crimes of Hamas have largely gone untold.