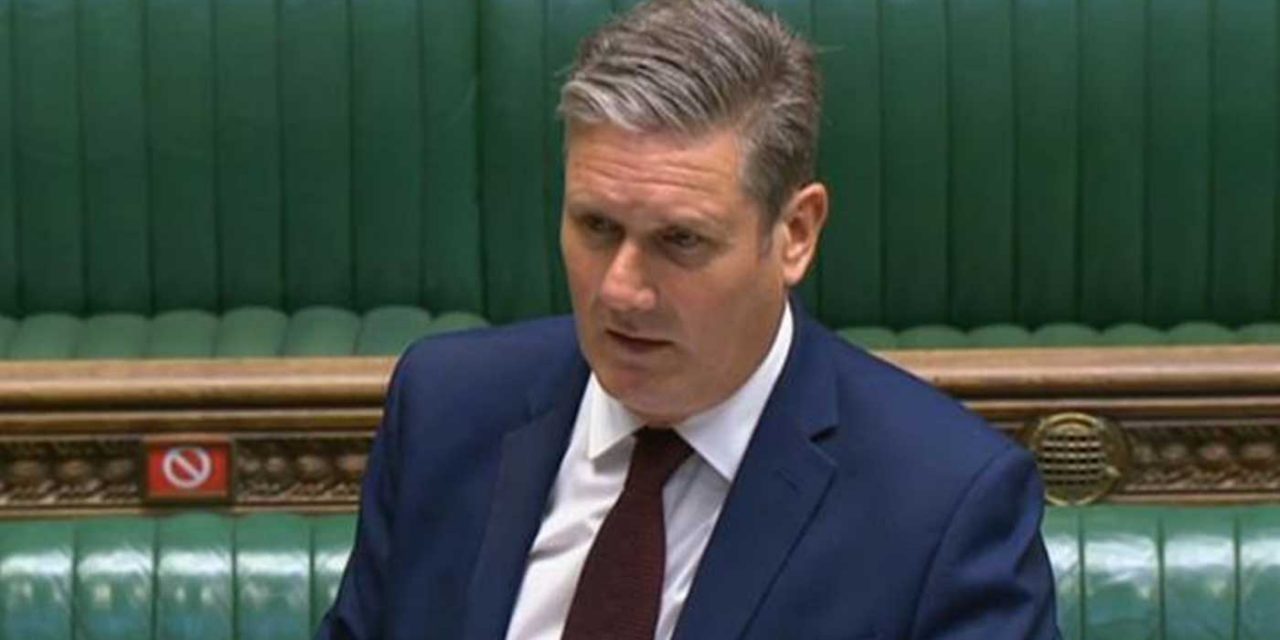 Labour leader Keir Starmer has called upon the government to use the G7 to press for international recognition of ‘Palestine’.

“The appalling violence recently which killed 63 children in Gaza and 2 children in Israel shows just how urgent this is,” Starmer said. “For too many people in Palestine, the promise of an end to the occupation and a recognised sovereign Palestinian state feels more distant than ever. So will the prime minister take the opportunity this weekend to press for renewed international agreements to finally recognise the state of Palestine alongside a safe and secure Israel, to stop the expansion of illegal settlements and to get a meaningful peace process back up and running?”

The Prime Minister responded saying, “It has been a long-standing objective from this government and I think it’s common ground across this house that the solution for the Middle East peace process is a two-state solution and we continue to press for that and I’ve made that position plain in my conversations both with the Palestinian Authority and, of course, with Israel.”

It should be noted that Keir Starmer’s call for a Palestinian state at this time is most likely a political move in relation to an upcoming by-election taking place in Batley & Spen, home to a large Muslim population and where Labour is trying to fend off George Galloway, a strong pro-Palestinian advocate who has a strong chance of taking the seat.

Starmer discovered the word Palestine today at #PMQs Imagine what he might DO if we win #BatleyAndSpenByelection Send in the British Army to defend #Jerusalem ?

Galloway joked that Starmer’s call for a Palestinian state, likely because of the by-election, was such a bold statement for Starmer that if Galloway won it could send result in the UK sending British troops to “defend Jerusalem” (likely from Israel, according to Galloway’s logic, rather than from Hamas and other Palestinian terrorist groups).

The UK government, while showing itself a friend of Israel, isn’t exactly on the same page as CUFI in all matters concerning the Jewish state. The two-state solution still insinuates the splitting of the land of Israel, as given to the Jewish people by God, and it still splits Jerusalem, the city God placed His name. So there is a lot of work to be done, both with the government and especially with the opposition, to convince them to fully stand with Israel as we do here at CUFI.